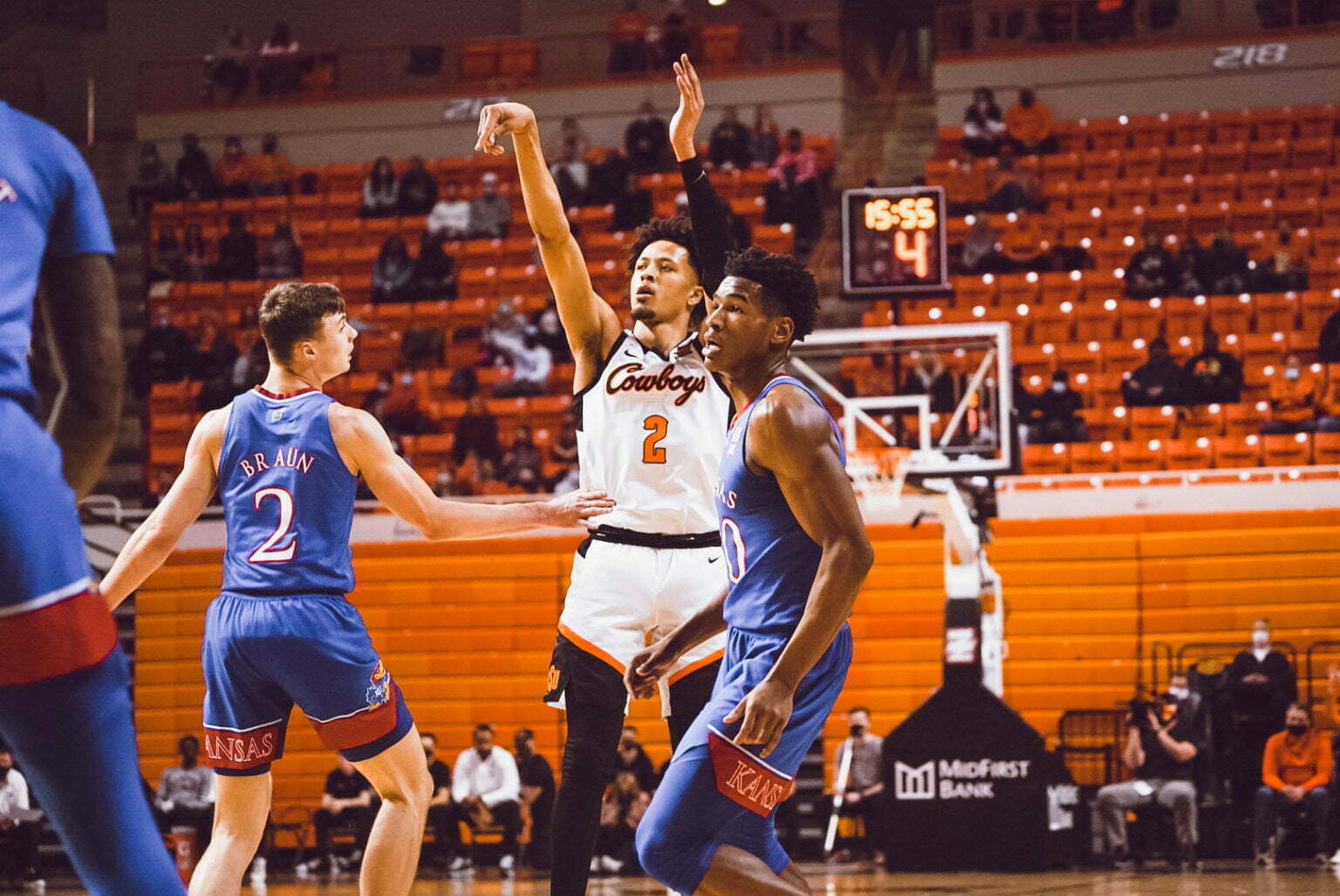 A big game awaits Oklahoma State on big Monday as it travels to Lawrence, Kansas to take on a struggling KU team in its own building.

The Pokes are coming off their biggest win of the season after ousting a top-10 Texas team, but the Jayhawks are in quite the opposite boat after falling on the road this weekend to West Virginia. KU now lost five of its past seven and finds itself wobbling into the week. It’s either the best possible time for OSU to take them on or the worst possible time.

Road wins are a big pillar of OSU’s budding NCAA Tournament resume, so after beating Kansas by five inside Gallagher-Iba less than a month ago, it should give OSU the confidence it needs to go on the road and grab what would arguably be its most important win on the season. A win would give OSU its second sweep of KU under Mike Boynton.

Here is what you need to know for the game.

Marshall Scott: The last time these teams met, KU center David McCormack was the Jayhawks’ only means of offense, and that was before Kalib Boone got on his hot streak. I don’t see Cade Cunningham following his struggling performance against Texas with another against KU, and thus, I have no reason to pick the Jayhawks winning this game in Lawrence, which is nuts.

Kyle Boone: Kansas has managed to play some tight ones during its recent skid, but it has consistently failed to close, save for wins over TCU and Kansas State. Given the two teams’ trajectories, I just can’t find a reason to side with KU, even at home. OSU is playing really well right now, and KU is not. This feels like a game where Cade comes gunning for a bounce back after struggling against Texas and successfully accomplishes it with a signature win in an historic venue.

Kyle Cox: The Cowboys seemed to have turned a page on Saturday, grinding out a tough win against a Top 10 Texas team. Yes, Texas missed its final 15 shots and, yes, turned in its worst shooting performance in over a decade, but the Cowboys were able to pull it out despite their best player not looking like a lottery pick (until he did). AFH doesn’t Rock Chalk as hard during a pandemic, and I think the Cowboys’ offense (and Cade) bounces back in a statement win for OSU.