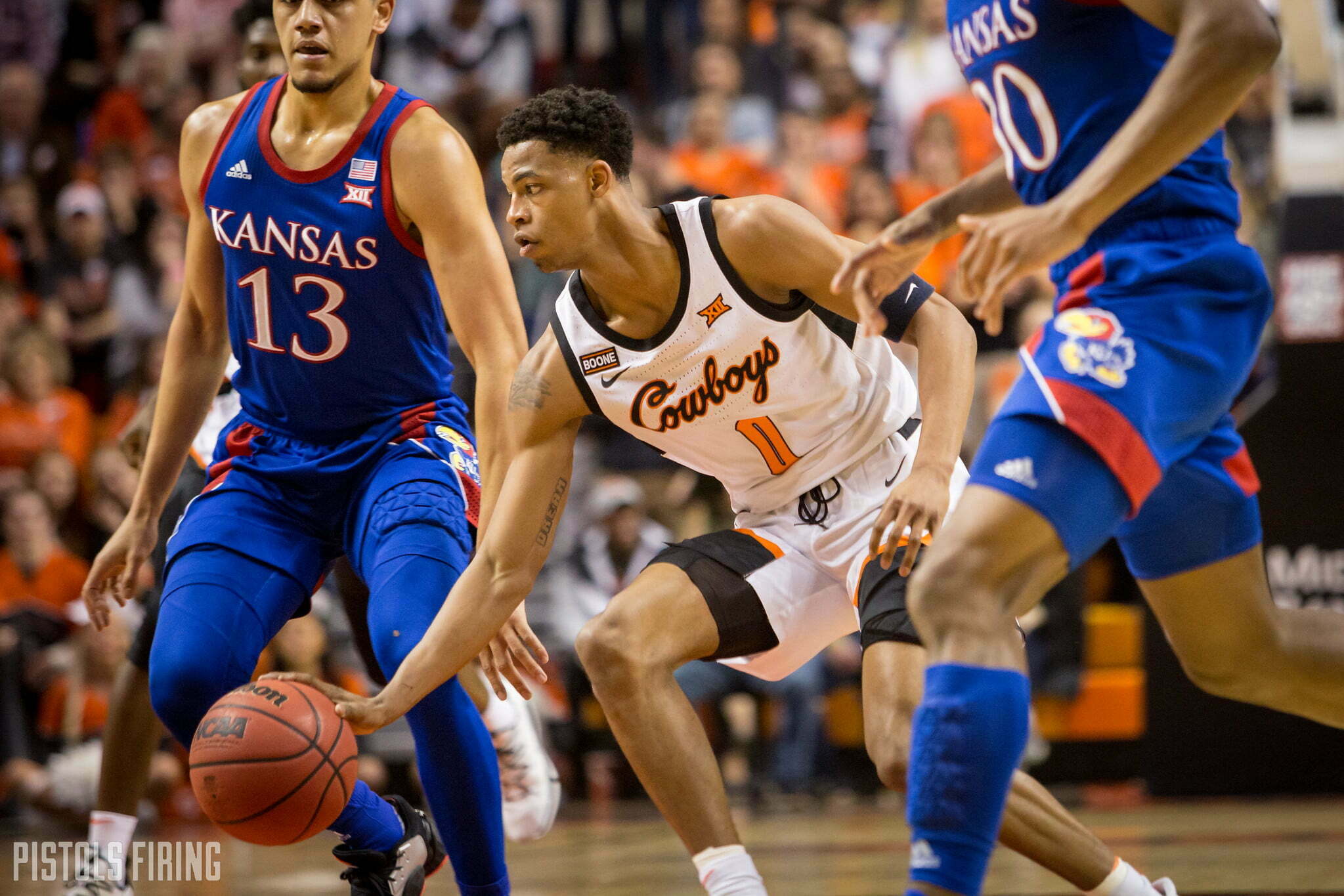 Bill Self returns to face his alma mater Tuesday night as No. 6 Kansas (10-2) travels to Stillwater to take on Oklahoma State inside Gallagher-Iba Arena. The Jayhawks enter the game having won 10 of their last 11 games on the season, with bounceback wins over TCU and Oklahoma this past week after an inexplicable beatdown they took at the hands of Texas to open up the new year. But GIA has been a struggle bus Self’s ridden often in recent years.

He’s 22-13 all-time against OSU, including 21-10 as KU’s coach, but just 6-9 inside GIA. That’s a juicy undertone to monitor Tuesday night in what may be one of the biggest and best college hoops games on the main slate.

Marshall Scott: That line is a lot closer than I anticipated, and I was already going to predict an OSU upset. I admittedly haven’t seen a ton of KU this season, but looking at the Jayhawks’ results, I’m not overly impressed. On top of that Kansas has been known to struggle at times in GIA. This could be the night the Cowboys get their season back on track after a shaky start to Big 12 play. Prediction: Oklahoma State 74, Kansas 70

Kyle Boone: I think this game will indeed be close as the point spread indicates. OSU is playing good basketball right now and it has the guard play to compete with KU’s vaunted backcourt. I’m just not convinced, even in a nice setup in a venue where Self has struggled, that it’ll be enough. The Jayhawks have turned a corner since the Texas loss, and big man David McCormack’s star turn has been a big part of that. His matchup vs. OSU’s front line is going to cause some real problems that I don’t think OSU can solve. Prediction: Kansas 71, Oklahoma State 65

Kyle Cox: I changed my pick more than once before finishing this paragraph, but I’m going to stick with my first instinct. Over the last three games, Kansas has gotten off to slow starts on offense (one of those resulted in a beatdown by Texas). And before the K-State game on Saturday, Oklahoma State’s MO was the opposite — quick starts followed by cooling off late — but against the Wildcats the Pokes caught fire down the stretch. If they can put those two things together, they might have themselves a heck of a ball club, and I think the Cowboys take a step in that direction tonight. Prediction: Oklahoma State 71, Kansas 68