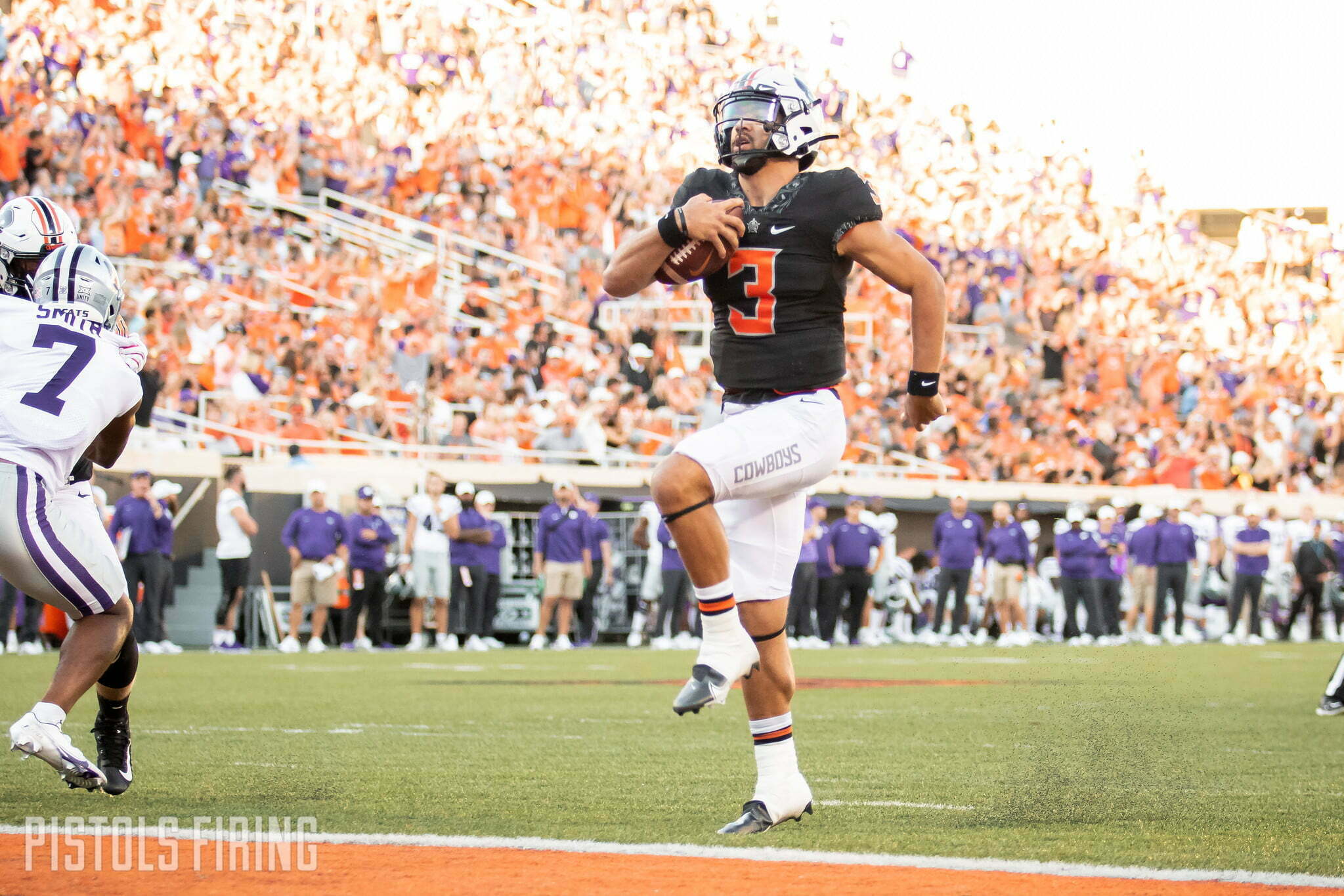 We’re two days away from a pivotal showdown in Ames with OSU facing an unranked-but-resilient Iowa State team that likely enters the game as the favorite over the undefeated Cowboys.

It’s a familiar position for OSU after twice being underdogs already on its way to a 6-0 record, but Saturday presents a different challenge schematically and athletically against an ISU team that traditionally has played Gundy’s group close.

And yet … we’re still liking OSU’s chances here. Maybe not a blowout, but OSU has a real shot, we think, to get to 7-0 on the season Saturday. Below are our picks and predictions.

Thoughts: I think Iowa State is figuring a few things out, but with that said, the Cowboys have had the Cyclones’ number the past few seasons. Iowa State is 15-2 in October since 2017 and both of those losses came to the Pokes. A struggling 2019 OSU went in to Ames and won, so I think this wiser 2021 squad figures out a way to do it.

Thoughts: OSU’s defense will put up a big fight, but the big question, as ever this season, is going to be on the offensive side of the ball. Rinse, repeat analysis, right? If they can limit turnovers and move the ball through the air to complement the running game they’ll have a real shot. And my guess is they’ll have a gameplan to do exactly that.

Thoughts: I’m done doubting this defense (famous last words??). OSU has held its last four opponents — Boise State and the Big 12 schools — to at least nine points below their current scoring average. I think that trend holds this weekend and Cowboys offense continues to improve and maybe even puts a couple of halves together. By the way, the Cyclones are averaging just under 34 points per game.