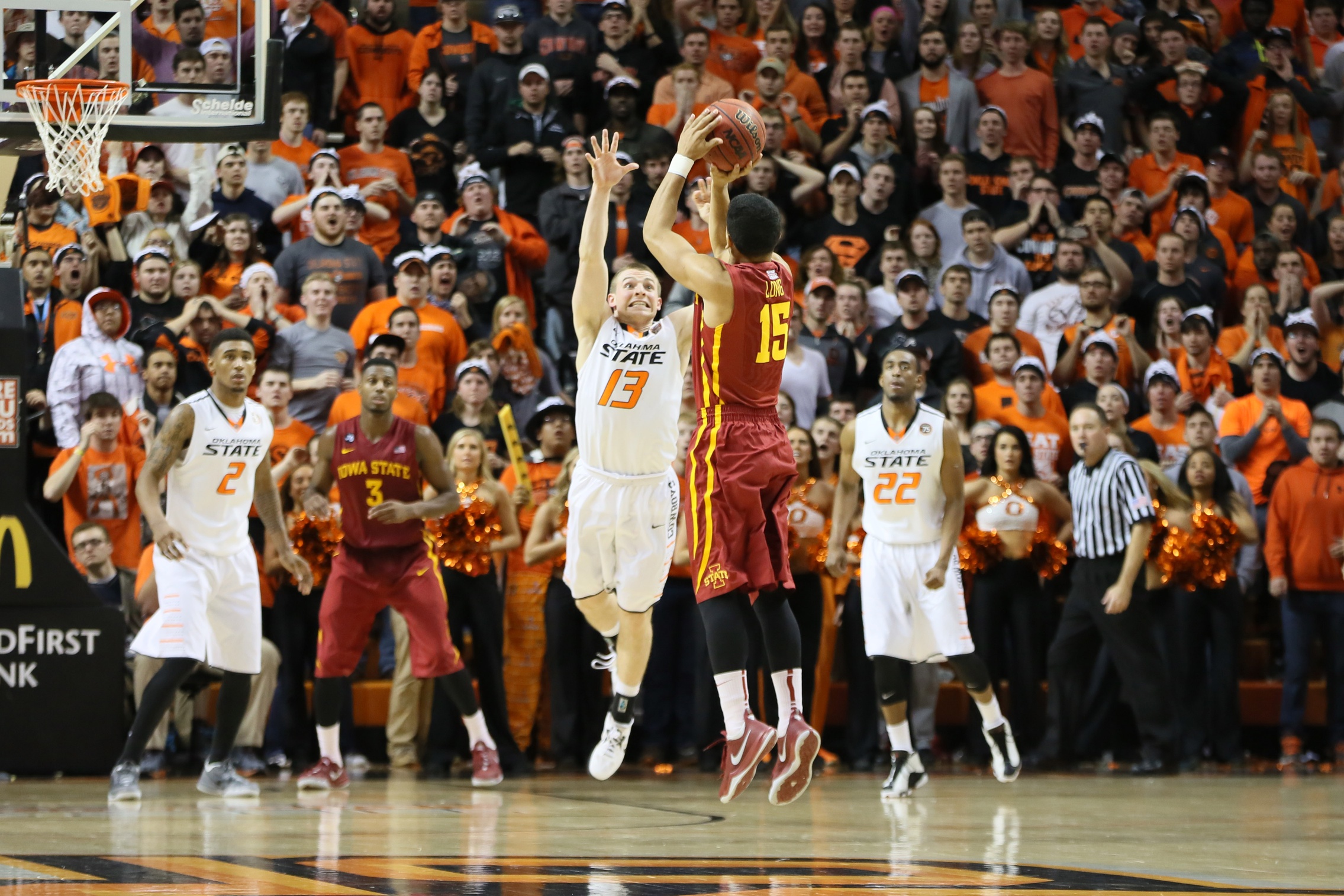 Be sure to review the preview for the first match-up of the season for more about Iowa State’s terribleness.

In the meantime, let’s take a moment to talk about Cy the Cardinal. That’s right. The Iowa State Cyclones have decided that a cardinal is a sensical mascot for their athletics program.

Why a cardinal? Well, because one of their colors is the shade of red known as cardinal, of course. You know what else is a associated with a shade of red? Embarrassment. That’s not a coincidence I feel like.

The color cardinal is the official nickname of Stanford University, but those nerds were smart enough to avoid deeming a bird their official mascot. Too on the nose, I suppose. That’s the difference between the number one rated university in America and the number, I don’t know, two-hundred and something rated university in America. Just as a reminder, there are only 50 states in this country so…that’s…not…great.

But hey, cyclones are a difficult mascot to portray with foam, cotton and whatever else mascot costumes are made of. I want to say something extremely flammable, sweaty and shameful.

A cardinal isn’t the worst choice possible, but how did the incredibly original name “Cy” possible come about?

Turns out, the mascot was named in a contest by Iowa State fans. I talked about how boring Iowa and its residents are in the last preview, but here’s anecdotal evidence. The name “Cy” for a mascot representing a school whose nickname is the Cyclones wasn’t only the best choice submitted, it was submitted by 17 different people.

No word on how many votes were cast in that contest, but let’s be honest. We all know it was 18. 17 votes for “Cy” and one drunk guy who voted for “Commie the Cardinal because he’s red and this is the 50’s”. Personally, I think that drunk guy had some good ideas.

After reeling off 14 consecutive wins to start the campaign, including triumphs over Michigan, Iowa and, well, did I mention Michigan, the Clone-Hawk things are 8-7.

They’ve only been swept in conference by Kansas but have lost to everyone except Tech and TCU at least once. Of course, that’s pending the 2nd result on Saturday against OSU. So…

They’re a lock for the NCAA tournament, but no one has any earthly idea how that’s going to go for them. ISU could snag a 3-seed and a good draw and roll into the Sweet 16. Or, they could fall to a 5-seed and get popped by an upstart 12-seed (it happens). Or, they could run into dreaded Hampton, the scourge of the Cyclones. #NeverForget

Unfortunately, I already covered all the Cyclones worth mentioning here so on to the rest of the rest.

JUCO transfer Dustin Hogue has been a solid contributor on the boards all season for ISU. After non-conference play, he stated that his goal is to maintain averaging a double-double and if he does, believes his team will have a successful season. Currently averaging 10.6 points and 8.5 boards, Dustin Hogue knows what he’s talking about.

I remember last season when Bubu Palo was a spark off the bench for Fred Hoiberg’s squad. How’s he performed this season? (*Googles “Bubu Palo”). Oh. Oh my. Moving on.

Freshman point guard Monte Morris racks up assists and doesn’t turn it over. Just what you want out of your floor general. Even though he’s from Flint, Michigan and should be playing at Michigan State, his nickname is “Man-Man” and that unoriginality obviously is tailor-made for Iowa State.

A well known trademark of Fred Hoiberg teams is that they space the floor and shoot the three. This team only does half of those things, however.

Earlier in the season, Iowa State ranked dead last in conference play from behind the arc. They’re currently 7th, but have moved up mostly because Texas has shot the long ball at under 15-percent their past two games.

The Cyclones hit just under 32-percent of their deep attempts while giving up better than 36-percent from the outside to their opponents.

In case you’re wondering, and if you’re not we can’t be friends, OSU is 5th in the Big 12 at just over 35-percent from 3-point range.

Also of note, ISU gives up an obscene amount of free throws much like the Kansas Jayhawks. I’m sure Marcus Smart, Markel Brown and Le’Bryan Nash won’t have any interest in that statistic, however.

The four game winning streak has done wonders for the outlook on the Cowboys’ season. The past two games, in particular, have resurrected hope that Smart and Brown could enjoy a stay in the NCAA tournament past the first weekend.

Let’s not get ahead of ourselves, however. Last season, Iowa State won by 11 in Ames. The year before, a buzzer beating three was the difference. It’s not easy to walk out of Hilton Coliseum with a win.

Most troubling in this particular instance is how suspect OSU’s perimeter defenders have been at keeping ballhandlers out of the paint. This edition of the Cyclones wants to spread it out and drive to the rim. Do you feel confident that the Cowboys can consistently shut them down?

Smart did a tremendous job on Marcus Foster the last time out, but he can only guard one of DeAndre Kane, Melvin Ejim and Georges Niang.

I hate to do it, but despite the encouraging results of the past two weeks, I can’t see OSU stealing one from Iowa State on senior night.

Let’s hope I’m as wrong as some of the jokes I decided to omit about Bubu Palo.