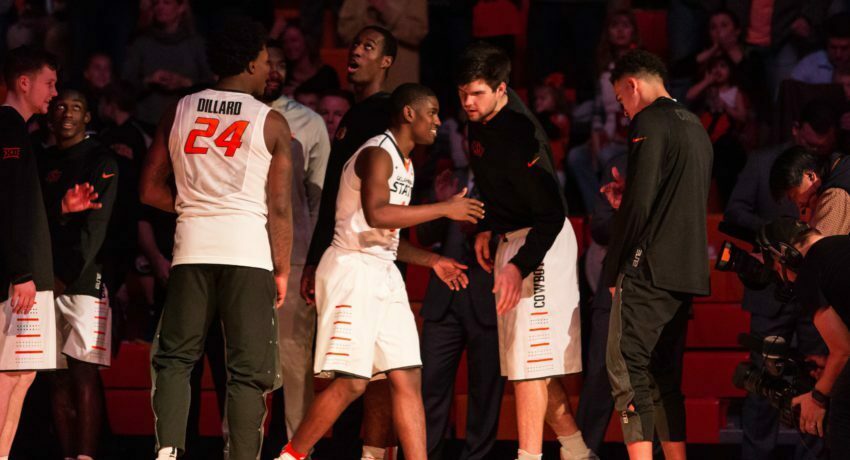 Oklahoma State got its 10th win last season on January 19 agains Kansas, five games into the Big 12 season. It has a chance to get No. 10 this year before Christmas as the Pokes host Texas A&M Corpus Christi in the last non-conference game before Big 12 play starts next Friday, December 30.

A&M Corpus Christi is about what you would expect from a middle-of-the-road Southland team. They actually played Brad Underwood’s Stephen F. Austin Lumberjacks last year in the Southland final (which was SFA’s third win over them that season). They are also the only Southland team Underwood lost to in his time at SFA.

The Islanders are not particularly good at anything other than turning teams over (which OSU has a propensity to do on the offensive end). Their star is Rashawn Thomas who is from Oklahoma City (and was not recruited by OSU). He averages 18 points, 8 rebounds, 3 assists and 2 blocks a game.

Our Lady of the Lake is tough on the road as you can see by the fact that they stayed within 15 of A&M-CC. Also, how many teams do you think will play St. Mary’s (Texas) which is a Division-2 school and the actual St. Mary’s which is a top 20 team this year? Probably not many.

1. There will be steals. These are two of the most-thieving teams in the nation as witnessed by a look at the top 10 teams nationally in steal percentage. If my math is right (and there’s a good chance it’s not!) we could see a steal on 25-30 percent of total possessions based on how these two teams have played so far this year.

2. Can Dizzy sustain his madness? Thomas Dziagwa is shooting nearly 55 percent from three and has a 75 percent effective shooting percentage (which is outrageous and would rank No. 5 in the nation if he qualified in minutes played). He also doesn’t have a 2-pointer yet (!) and can’t keep up this torrid streak forever. I’m really interested to see where he lands come Big 12 time, but for now let’s just ride the wave of swag and enjoy the show.

3. Health going into 2017. The Big 12 will be rugged this season (per the usual), and Oklahoma State will need to be at full strength starting next week against West Virginia. I’ll be looking for Underwood to pull some of his studs midway through the second half not so much to rest legs (the WVU game isn’t for eight days) but to prevent injuries that have plagued the Pokes for the past year.

• The Cowboys are 55-8 (.873) all-time against current members of the Southland Conference, and have faced two other Southland opponents this season. OSU took down Central Arkansas, 102-90, and New Orleans, 117-72, back in November.

• Jawun Evans is the only player in the country to rank among the top 20 in scoring and the top 15 in steals.

• OSU’s bench has been responsible for 36-plus points in eight games this season, including three games with 58-plus points.

• The Islanders are 4-25 all-time against Big 12 opponents. That includes an 0-8 mark against the Cowboys, the most frequent foe.