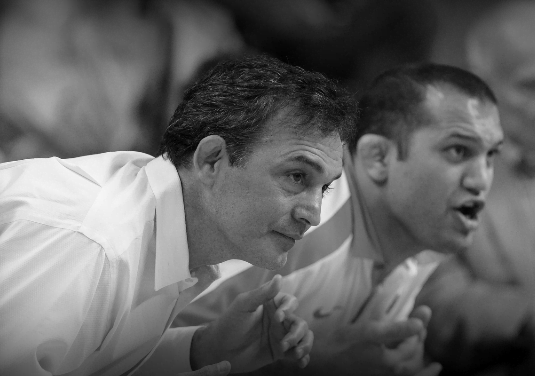 After a successful 2013-2014 season that saw two Oklahoma State wrestlers win individual NCAA titles and a third place finish in the team race, the Pokes look to continue the winning tradition that has always been this program’s reputation.

Gone are Jon Morrison, Tyler Caldwell, and Chris Perry, all of whom have been key to the team’s success in recent years.

Some young and inexperienced wrestlers will have to step up if the Pokes are to have any shot of bringing home their 35th NCAA National Championship.

This weight is one that is still up for grabs heading into the season. Eddie Klimara started all of last season at 125, but some off-the-mat issues have hindered his ability to take full control of the spot.

Head Coach John Smith mentioned several different guys who could wrestle at this weight before the season is over, but Austin Miller looks to be the frontrunner as of right now.

A talented wrestler who has the most experience at this weight. Has one Big 12 championship under his belt, as well as two appearances in the NCAA Championships.

Last year, finished second at the Big 12 championships, losing to Jarrod Patterson of Oklahoma. Went 2-2 at the NCAA Championships last year, with wins over Evan Silver of Stanford and Robert Deutsch of Rider.

Took a redshirt in his first year with the Cowboys. Wrestled exclusively in open tournaments last year, compiling a 17-9 record.

Has been battling a back injury as of late, but look for him to get some time at this weight when fully healthy.

Transferred to Oklahoma State from Bucknell prior to the 2013-2014 season. Redshirted last season, compiling a 21-4 record competing exclusively in open events.

Experienced wrestler who competed at the 2012 NCAA Championships while with Bucknell.

Has been wrestling very well as of late, and could see time at this weight throughout the season.

This is another weight that is a toss-up heading into the season, but a frontrunner does seem to have emerged.

Gary Wayne Harding, a freshman from Collinsville, OK, beat both Brian Crutchmer and Dean Heil in ranking matches, but it looks as though Harding will be redshirted this season.

Heil has emerged as the favorite to start the year, with Crutchmer right on his tail.

Redshirted last year, competing exclusively in open tournaments at 133 and 141 pounds. Won two of those tournaments, the Bob Smith Open and the OCU Open.

A four-time state champion in the state of Ohio.

Redshirted his freshman year, competing in exclusively open tournaments. Tallied a 16-5 record in 2012-2013, with a win at the OCU Open.

Compiled a 15-11 record during the 2013-2014 season, with a win at the Bixby Open. Competed at the varsity level last year against CSU Bakersfield.

There is still a bit of uncertainty at this weight, but a clear frontrunner has emerged.

Davey Dolan, a four-time state champion from Berryhill, OK, will more than likely be the starter to open the season. Anthony Collica, who wrestled here last year, has made the jump to 157 pounds.

Redshirted during the 2013-2014 season, competing exclusively in open tournaments. Compiled a 17-6 record, with a win at the Oklahoma Open.

Also took 2nd, 3rd, and 4th at the Bob Smith, UCM, and OCU open tournaments, respectively. A four-time state champion in high school, where he tallied a 144-4 overall record.

A very tough, competitive wrestler who will look to make an immediate impact on this lineup.

We will take a look at the next three weight classes on Thursday.