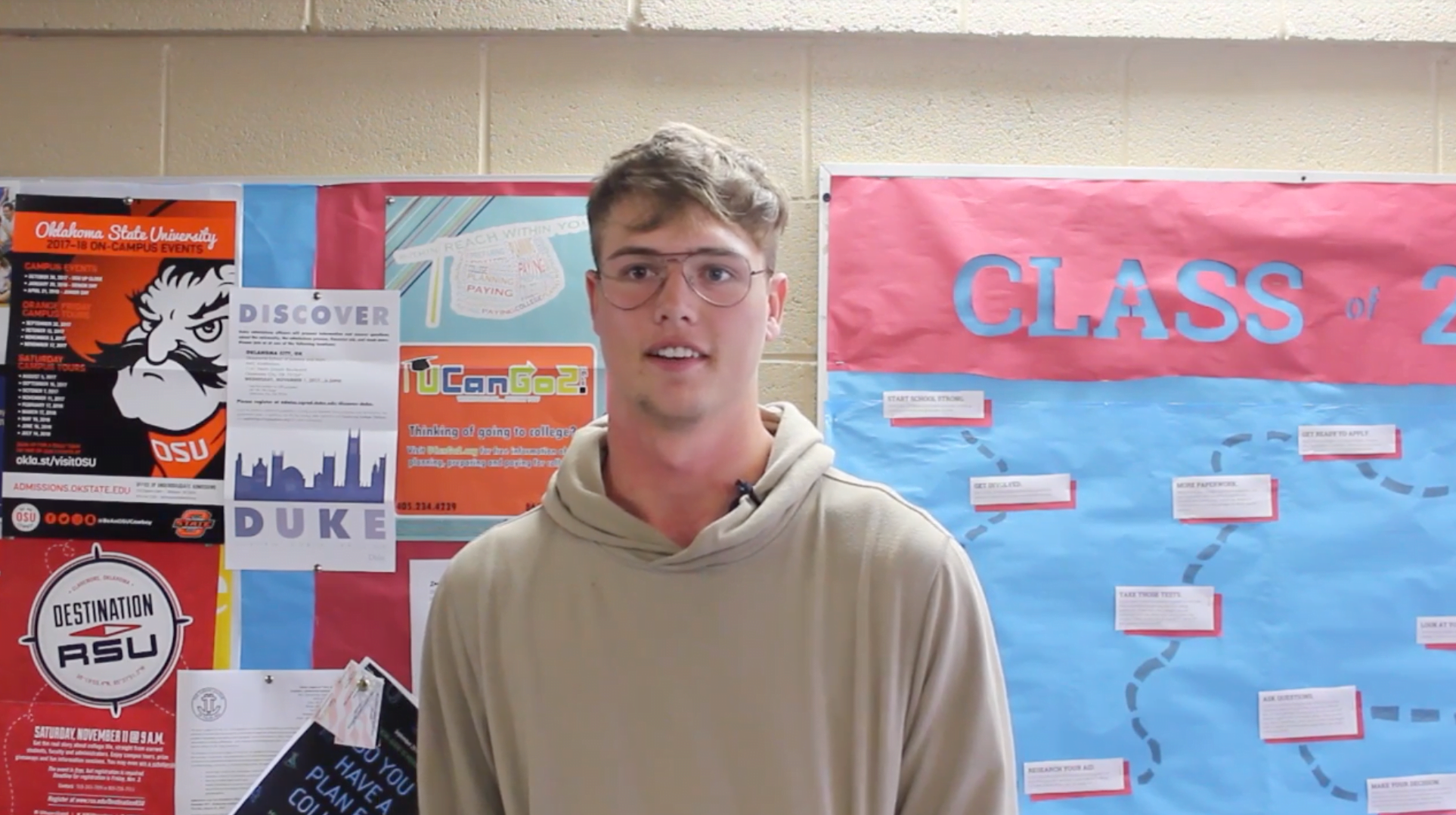 Grayson Boomer is the top-ranked prospect of the Cowboys’ 2019 recruiting class.

A tight end prospect from Collinsville, Boomer is a four-star recruit and ranked sixth in the country among players at his position. Boomer chose to stay close to home, turning down offers from the likes of LSU, Notre Dame, Michigan, Ohio State and Oregon to wear the orange and black he grew up cheering for. Boomer talked with PFB over the weekend about the journey that led him to signing with Oklahoma State.

You had some big-time offers from all around the country, so what made you want to stay close to home and pick OSU?

“I’ve just been a fan all my life. Actually growing up, I was kind of more leaning towards OU before I even had the offers. I was like, ‘Ah, I kinda want to play at OU,’ because my great grandfather actually played at OU. But when all the offers came and it was all right in front of me, I had the options. I went and visited everywhere, and (OSU) just felt like home.

“I just think Coach Mac (Jason McEndoo) is a great guy and a great coach. He knows what he’s doing. I just think now, you saw the two tight ends from Iowa go first round. (T.J.) Hockenson, the guy who went No. 8 … with everyone in the draft, that’s kind of who I model my game after and think that I’m most like just because he can run and catch and can also block, and I think that’s a big part of OSU’s offense. I think in the future, God willing, I would be able to enter the draft. I think all the teams could look at that and be really impressed by how we run the offense and how I play.”

You mentioned you grew up a fan of OSU?

“Yes, born a fan, raised a fan, had season tickets growing up. Many times I just felt like this is the right place, even as a kid. Obviously every kid wants to be out there playing some day, but I remember sitting there looking around saying this is where I’m meant to be. I think it’s definitely a destiny thing.”

What were some of your favorite OSU memories from growing up? Who were you watching?

“(Justin) Blackmon, Kendall Hunter, Zac Robinson. I wasn’t really too big of a football fan growing up. I was more when I was little, but I was kind of more basketball in middle school. Brandon Weeden, obviously. I had some pretty good memories in Stillwater growing up.”

Did you play basketball in high school?

“I played junior year, but I really don’t enjoy it that much anymore. That was more a middle school thing. They had the one stripe or two stripe rule when I was playing in middle school, so I couldn’t run the ball. So I had to play like defensive line and tackle, that’s the only positions I could play because I was so big growing up. Seventh grade came around and that was the first year of school ball. My dad was like, ‘Just try it one year, and if you don’t like it, you’ll never have to play again.’ First game I was playing tight end, I caught a ball and ran like 30 yards, and I was hooked.”

What do you like to do outside of football?

“Outside of football, man, I love hanging with friends. I love to be outdoors. I love nature. I like playing video games with my friends. I love helping people, that’s one thing for sure. I love to use my status to impact the community in a positive way.”

What are some examples of that?

“I mentor at the early childhood center, and I love doing that. It’s cool seeing the kids’ faces light up when you tell them you’re going to play football at OSU. They think you’re really cool and everything. That’s what I like to do.”

What are you looking forward to about the whole college experience? It doesn’t have to be football related, but just coming to Stillwater.

“Like I said, just being a fan getting the behind-the-scenes of everything. I was growing up reading articles on the quarterback situations and stuff and the players and now it’s like you’re part of it. I’ve been a fan all my life. Being in the program is going to be awesome.”

What differences do you see from the traditional tight end and the Cowboy back role you’ll be going into?

“Cowboy back is a very hybrid position. You’re all over the field. That’s the most versatile piece on the field in my opinion. You’re always mismatched. Either you’re in line blocking a bigger defensive lineman than you or you’re out wide going against a corner that’s half your size.”

What would you say are some of your strengths as a player?

“It’s honestly kind of hard to tell right now, but I would say I think my separation is pretty good on my routes. I like to pride myself on my blocking, but I know, obviously coming from a 5A school, the bodies are going to be a lot different coming to OSU. I would like to say I take pride in my blocking, but that’s definitely something when I get there I’m going to have to work on is my blocking. Just route running in general. The position is just so hybrid and versatile that you really gotta be good at everything somewhat.”

What are some of your goals while you’re in Stillwater?