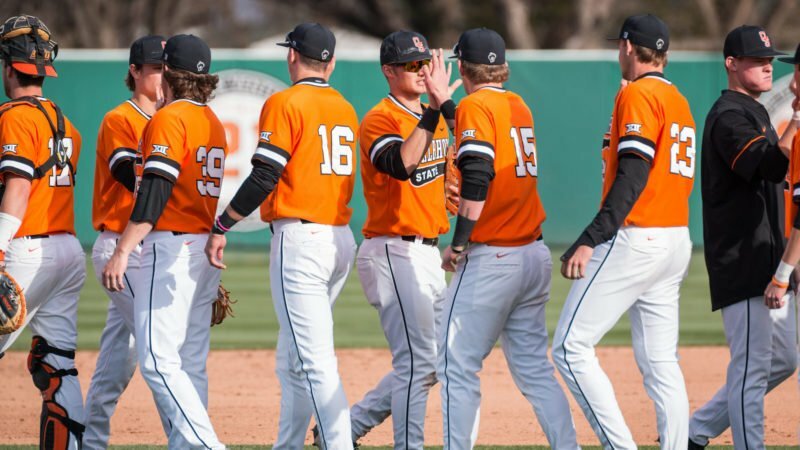 There’s a high likelihood that several OSU baseball signees will hear their name called in the MLB Draft, which began on Monday. To break down some of the big local OSU-bound names in the draft and their prospects as a professional, we caught up with The Oklahoman’s Jacob Unruh, who covers Oklahoma high school sports.

Jacob is the go-to source not only for Oklahoma prep sports but also the Oklahoma City Dodgers.

Q: Between the big three in-state commits (Ryan Vilade, Conner Uselton, and Mitchell Stone), which do you see making the biggest impact as freshman, if they don’t go pro?

A: First, I want to say I don’t think Vilade and Uselton step foot on campus. Both are extremely talented players who will likely receive a nice bonus. But, if they magically appear I’d go with Vilade. He’s got impressive power and an infielder always seems to make a big impact.

Q: What are Mitchell Stone’s strengths and where does he need to improve most to be an effective Big 12 pitcher?

A: Stone is an interesting pitcher. He’s 6-foot-10, which makes life awful for hitters. He throws in the low 90s, but this spring didn’t quite sit there that often. He’s had success repeating his mechanics, which is always a struggle for pitchers his size. He really needs to find consistency with his fastball. I think working with Rob Walton will do wonders for him.

Q: There’s plenty of buzz surrounding Ryan Vilade. What have you seen from him that makes him a legitimate pro prospect this young?

A: Vilade has earned the buzz. He’s got plus power. The biggest thing is he’s grown up around big leaguers with his dad coaching at Double-A Frisco. He’s got the makeup to handle the pressure. Scouts love his character, which is off the charts.

Q: The Cowboys just lost centerfielder Ryan Sluder to exhausted eligibility, how ready is Conner Uselton to vie for playing time in the outfield?

A: Uselton is ready, which is why he’s likely drafted the first night. He’s big, powerful and athletic. He’s got a great arm. He’s a center fielder in high school, but some scouts look for him to move to a corner spot. Some still like him in center. His bat will play anywhere.

Q: Lastly, what is the feeling around the in-state high school programs about OSU and Holliday as a recruiter and coach?

A: I hear nothing but positive things from high school programs around the state about OSU. Josh Holliday, Rob Walton and James Vilade are incredibly popular. Shawnee’s Tanner Sparks and Jake Taylor in particular have raved about the staff.