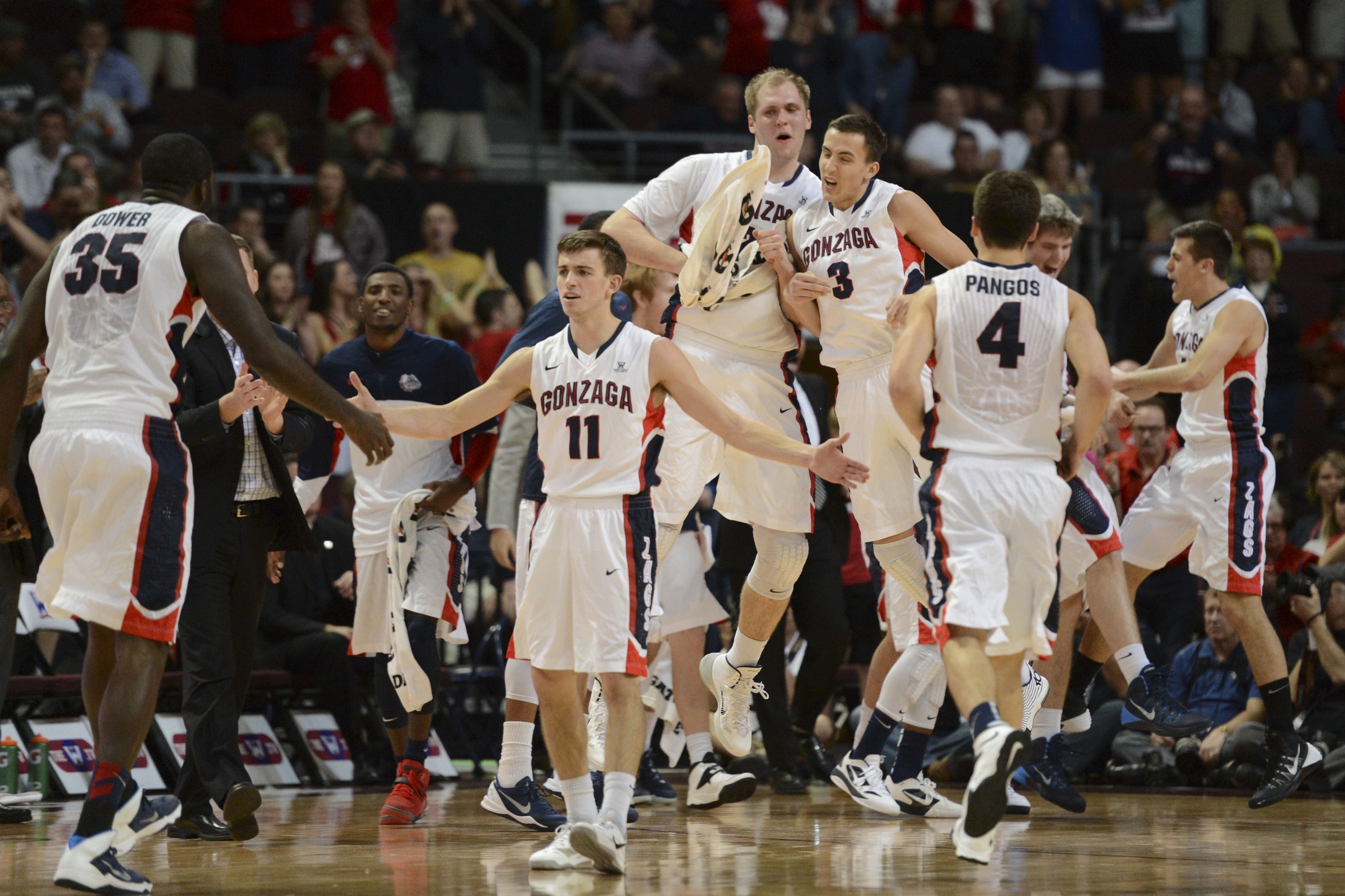 I traded a Q&A with Zach Bell of the terrific Gonzaga blog (that doubles as having the coolest name for a college sports blog ever), The Slipper Still Fits.

Here’s what he had to say about the OSU-Gonzaga matchup.

1. You know how to beat OSU — don’t turn it over and rebound well. With that in mind, who’s the x-factor for Gonzaga in this game?

In my mind, there is no doubt that Gary Bell Jr. is the x-factor in Friday’s game for the Zags. Gonzaga should have the advantage in the low post with Przemek Karnowski and Sam Dower and I would definitely say the overall talent advantage in the backcourt goes to Oklahoma State.

That said, Gary Bell is a guy for the Zags that, when he is on, can elevate this team to another level. Along with Kevin Pangos, he’s basically started since day one and has become Gonzaga’s key defensive stopper.

Last tournament against Wichita State, Bell broke his foot which was a very overlooked factor in that loss. Gonzaga got smoked from the perimeter in the second half with Bell out and the rest is history.

This season, if he can provide his defensive presence and hit some shots, he can really help take away some of OSU’s focus on Gonzaga’s bigs so that they can roam free.

2. Are Zag fans more excited about staying in the pacific time zone or more bummed about potentially drawing (what I think is) the best team in the nation in the second round?

To be honest, I don’t think most Gonzaga fans have even thought about Arizona yet. When the draw was revealed with Oklahoma State on the other side, there was a collective “F!” uttered by Bulldog fans from coast to coast.

The fact that GU is staying on the West coast is a nice feature but this team is used to traveling far and wide so tournament distance isn’t the biggest factor. To answer your question, I think most fans are excited about playing Arizona because at that point, we’d virtually be playing with house money which is when Gonzaga can get dangerous.

3. Why is Gonzaga so good in March? They’re like the upper-middle class man’s Michigan State. Is that a Few/discipline thing?

I think if you asked Gonzaga fans, they would say “why aren’t they better in March?!” Because I fall in that category, I will answer that question.

Kind of like a golfer being labeled the best to never win a major. You are really good…but there is something wrong with you. With the Butlers of the world reaching the Final Four, the spotlight has really gotten big on Gonzaga as to why they haven’t made a run yet.

I truly believe that you can’t really point to one, single thing (many would point towards Mark Few) because every tournament is so different and it is a very, very fickle way to end a 35+ game season. So, yeah, sorry for not answering your question but that is my summation of Gonzaga in March.

4. If you could pick one former Gonzaga player to stick onto this year’s team that could make it a Final Four candidate, who would it be?

I mean…this may be insanely obvious but I have to say Adam Morrison. I swear I have better reasons than the fact that he was such an insanely good college player. Gonzaga has a very, very good starting lineup with Stockton, Pangos, Bell, Dower, and Karnowski but the one thing they are sorely missing there is a true wing that can just fill it up.

That is basically what Adam Morrison was at Gonzaga. If you throw Morrison in with Bell and Pangos, it would just be silly.

5. What does this year’s version do better than any other Gonzaga team you’ve followed?

I’m sure there will be a plethora of Gonzaga fans that will disagree with me but this is one of the better defensive teams I have seen Mark Few assemble. For those close to the program, defense has never been one of its foundation pieces.

That said, this year has been a year of solid improvement. Gonzaga is tops in the conference in defensive effective field goal percent and points per possession. They also only give up about 10 assists per game which is one of the tops in the entire nation.

I mentioned Gary Bell as the main defensive stopper but Przemek Karnowski is one of the most underrated interior defenders in the nation. Throw in some length off the bench in Gerard Coleman, Kyle Dranginis, and Angel Nunez and you have a really solid group.