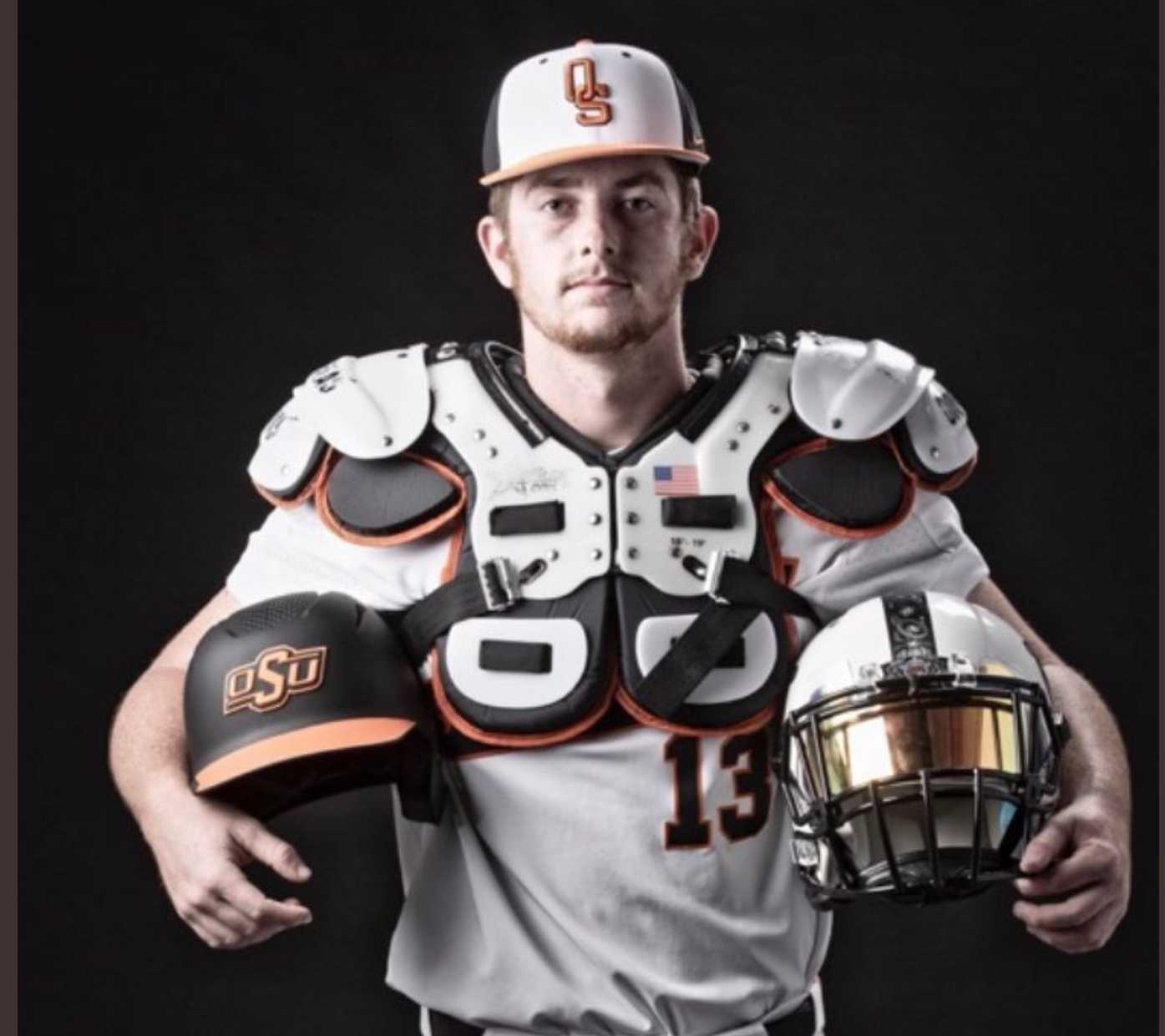 Well, this isn’t something that happens every day.

Shades of Josh Fields, Nolan McLean announced Monday that he picked up a dual-sport offer to play baseball and football at Oklahoma State. McLean, a three-star quarterback from Garner, North Carolina, already has similar offers from NC State and ECU.

Listed at 6-foot-3, 220 pounds, McLean is a senior in high school. OSU already has a quarterback for in 2020 class in four-star Shane Illingworth.

Baseball recruiting isn’t as easily traceable, but McLean throws a 94-mph fastball, according to Perfect Game. It’s also a possibility that McLean surpasses college entirely, as he is projected to be an early selection in the next MLB Draft.

McLean has had an interesting senior football season, as he missed games to travel to South Korea for the World Baseball Softball Confederation U-18 World Cup. In his four innings pitched at the event, McLean gave up four runs on three hits while striking out four. He was also 5-for-19 at the plate with a home run and five RBIs.

McLean was Garner’s starting quarterback as a sophomore and junior, throwing for 6,200 yards across those two seasons. He is the 70th-ranked pro-style quarterback of the 2020 class, and the 73rd-ranked prospect from North Carolina.