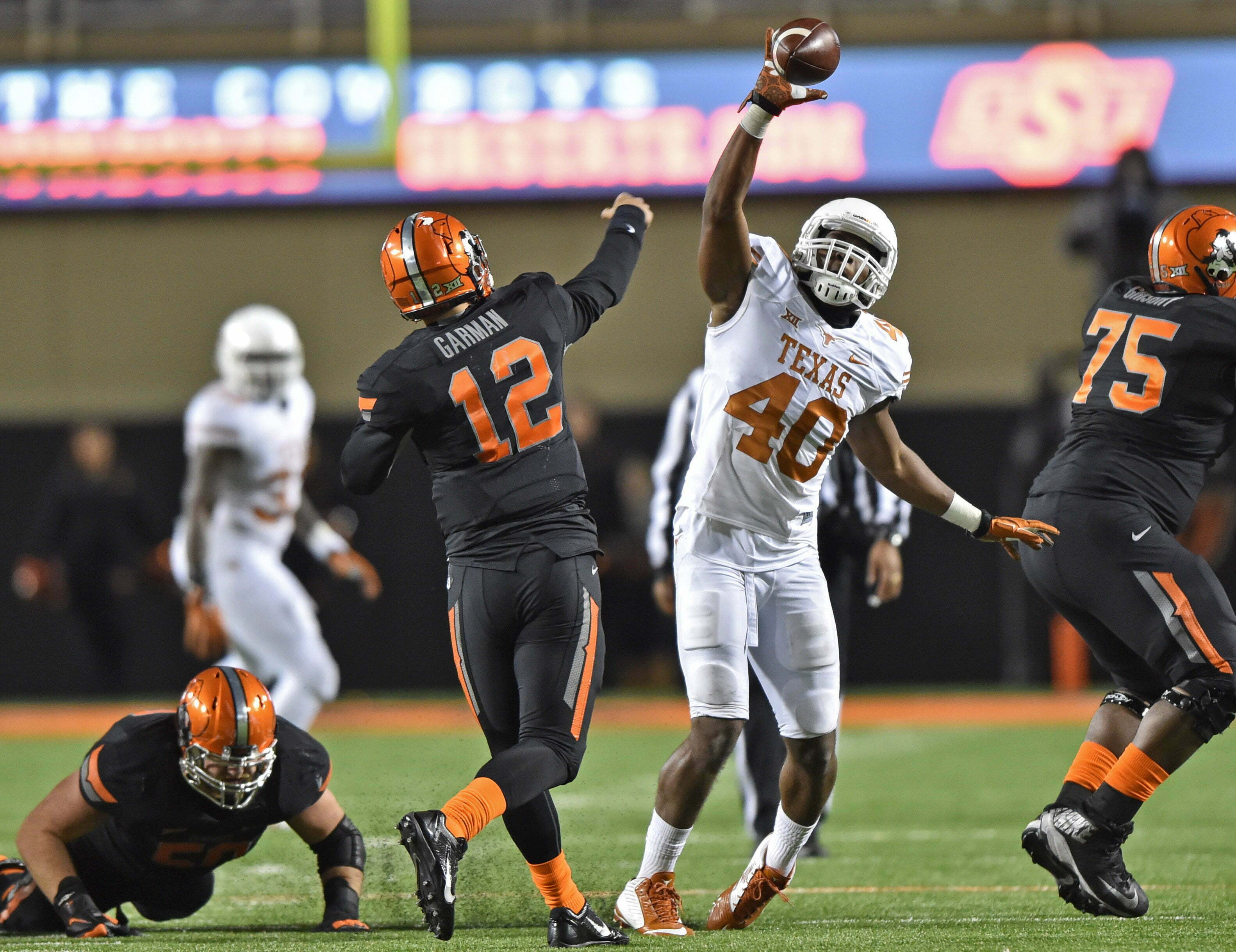 As we make our way through Mason Rudolph’s final act in Stillwater, a certain meandering conversation may turn into a serious debate. Can Rudolph actually finish as OSU’s best quarterback? No need to answer now. He’s still got 13-plus games to finalize his case. But we can take stock in where he sits right now among Cowboy QBs in recent history.

Since Y2K, 20 quarterbacks have attempted a pass for Oklahoma State and 14 of them have started at least one game. So when I was given the task of ranking OSU’s quarterbacks since 2000, I had to do a little digging, jog my memory and double-check my math.

This ranking will only include those 21st-century starters and the order will be based on winning, stats and a player’s overall meaning to the program.

The record listed below in the final column only includes games each player started.

Okay, the reason he is on this list is a notch above technicality. With Zac Robinson injured, Gundy turned to the sophomore and former LSU commit for his first — and only — career start against Colorado.

Nine attempts and zero completions later, Gundy succumbed to the protests echoing through Boone Pickens Stadium and subbed in Brandon Weeden. You’ll have to scroll a ways down to see how that turned out.

Pena spent three years at Oklahoma State. As a redshirt freshman in 2004, he was Donovan’s Woods’ backup. He did have a couple of highlight reel plays including four passes for 67 yards and a touchdown in a blowout of SMU.

In 2005, he entered the season as the third-string option behind Bobby Reid and Woods. Following Reid’s foot injury suffered in the loss to Missouri, Gundy gave the nod to Pena, who was considered the better pocket passer of the three.

He would start against Texas A&M and three more games including Bedlam and finish with four losses. The Cowboys finished 1-7 in conference play that year.

The Lawton native took the reins of Oklahoma State’s offense when Tony Lindsay was injured just five games into the 2000 season. He would start 17 consecutive games for Oklahoma State and post a 5-12 record in those starts. But the record was even a little inflated. Two of those wins were the final two games of the 2001 season when freshman Josh Fields came in and secured victories — including the famous Bedlam game in Norman.

Pogi would transfer to the University of Central Oklahoma after Fields was named the starter for 2002.

Garman changed colleges like he did high schools. The Division-I journeyman spent a redshirt year at Arizona before transferring to Oklahoma State. He sat out due to NCAA rules in 2012 and was No. 3 on the depth chart in 2013.

When J.W. Walsh was lost for the season in Week 2, Garman took over, leading OSU to a win over Missouri State and four straight after that. Unfortunately, Garman was working behind a patchwork offensive line and was sacked 31 times in nine games. That’s almost 3.5 times per game. His tenure would end on a four-game skid and a personal pounding by the Longhorns’ defense.

Daxx’s injury opened the door for Mason Rudolph to get reps with the 1s before Baylor and his redshirt was gone in Week 11. And Garman was gone to Maryland that next spring.

Step right up, sir. Take a ride on the Cowboy QB Carousel.

This was the year that really started the rumblings about whether or not Mike Gundy knew how to handle his quarterbacks. Brandon Weeden was off fighting a losing effort trying to prove that Cleveland was not QB purgatory and was a tough act to follow.

Lunt won the job in fall camp and started out 2-1 with wins over Savannah State and Louisiana-Lafayette and a loss to Arizona. Your turn, J.W. Then Lunt was back in to start in Weeks 7 and 8 for a win over TCU and a loss to No. 3 Kansas State. But he ultimately saw the “Choo Choo!” written on the wall and left Stillwater for Champaign, Illinois. Hope that doesn’t become a trend.

Reid is the highest-rated high school recruit to step foot in Stillwater and it was at a time when it was much harder to recruit than even now. The nation’s No. 3-rated dual-threat QB and the No. 6 prospect out of the state of Texas came in with a ton of promise. His physical gifts were hard to ignore.

He started numerous games in what would be an up-and-down couple of seasons. The infamous rant was in reaction to The Oklahoman article regarding the benching of Reid. But the team and the program ultimately were better off with Zac Robinson behind center and an internet sensation at the helm.

Reid would transfer to Texas Southern following the 2007 season.

Woods gets a leg up on Reid mainly for his record as a starter. Although he set a freshman record for his 13 passing touchdowns, Woods was more athlete than QB and best fulfilled his potential as a safety and linebacker. It was on that defensive side of the ball that he found the most success, spending time with the Pittsburgh Steelers, Dallas Cowboys and Buffalo Bills.