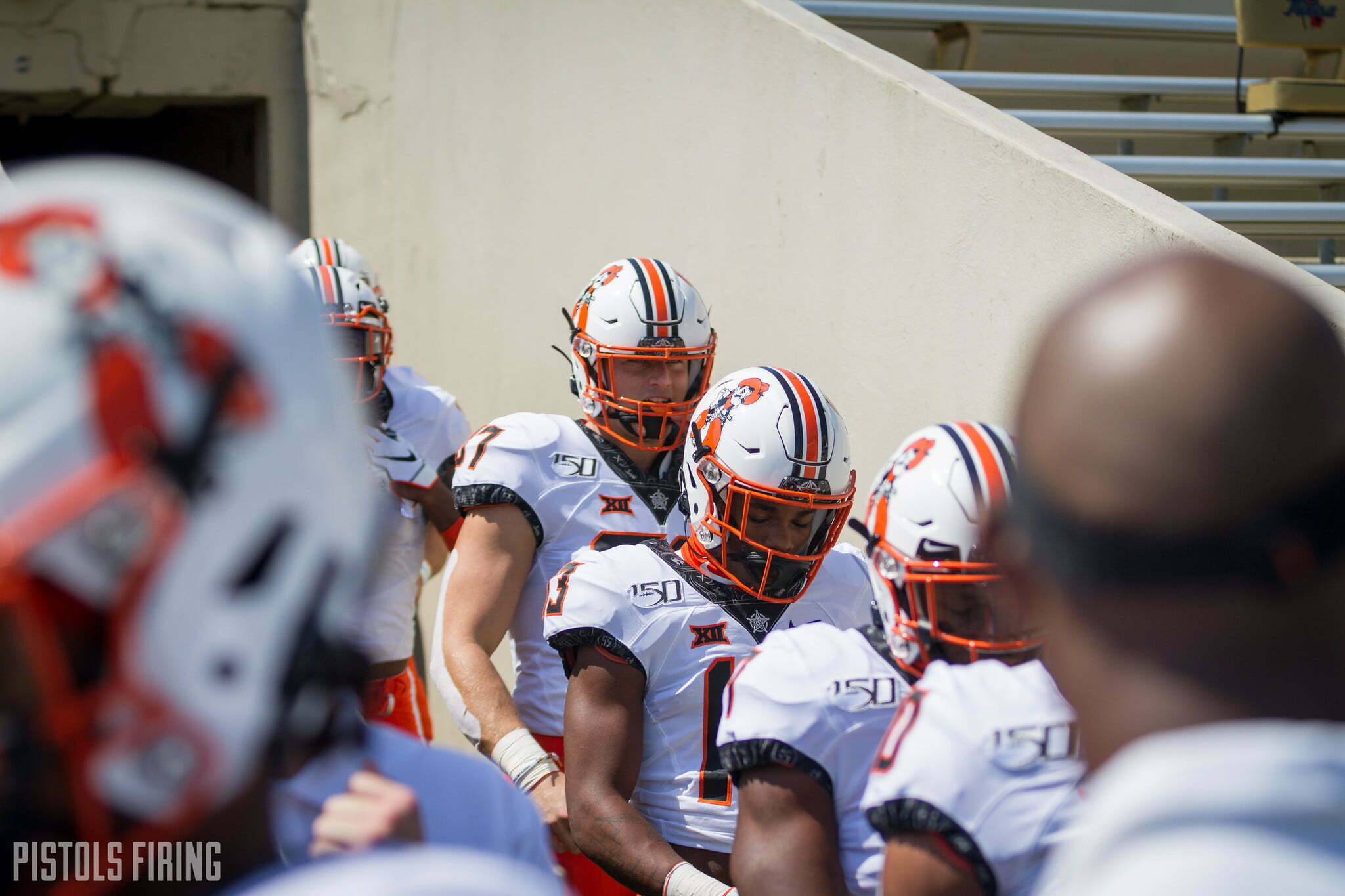 Oklahoma State released its 2021 football schedule in full on Thursday and it’s littered with traps and tricks. A road trip to Boise. A home bout against OU for the regular-season finale. A season-opener with a rejuvenated Tulsa team.

Some more tricky than others. (With all due respect, Kansas, ya bad.)

Below are the five hardest games on the docket, ranked.

This is, and will probably always will be, the hardest test on OSU’s schedule. It just so happens that this one is the regular-season finale for the Pokes. Having it at home will help but OU’s going to be the preseason favorite with a Heisman contender in Spencer Rattler. The odds it has quite a bit at stake here (Rattler’s Heisman odds, Big 12 title appearance, CFP) are probably pretty high. If your palms are sweating now about it then congrats, you are a certified OSU fan.

The dynamic duo of Brock Purdy and Charlie Kolar have already opted in to return for next season at Iowa State, giving them the big three (including Breece Hall) as returning headliners. That team is going to be plenty talented on defense and loaded up with its top three offensive weapons, making an already-tough trip to Ames even more tricky.

Is it possible Texas is bad next season post-Tom Herman? Sure! But is it possible Steve Sarkisian is a competent coach whose offseason coaching acquisitions make the Horns a threat in 2021? Also very possible! Who knows, though. Either way, there’s enough talent to circle this one on the calendar.

Boise State lost its head coach Bryan Harsin, to Auburn. Last month it hired Andy Avalos, a first-time coach who to this point has been a coordinator on the defensive side of the ball. So we’ll see how that affects Boise, if at all. But my guess is Boise will be what Boise always is: a pesky program that ferociously defends its blue turf and puts up especially grueling fights against power programs.

TCU took down TCU in December by gashing OSU’s defense with chunk play after chunk play against an OSU defense that, for most of the season, did a good job defending against such plays. But that’s the trouble of facing TCU. They’re well-coached and know how to scheme against the Pokes. With QB Max Duggan back and rising star running back Zach Evans likely to take a leap, this looks to be a nasty one sandwiched between road tilts vs. West Virginia and Texas Tech.