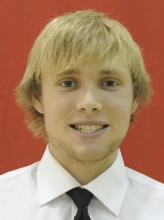 Why: It’s about as classy a move as a basketball coach can make — inviting the son of a former co-worker to walk on your squad and help a not-very-deep practice squad gain a little depth.

Alex Budke is a transfer from St Gregory’s (NAIA) in Shawnee. There are other walk ons on the 15-man roster, and Budke isn’t even the least accomplished (hi Mason!), but at 6-3 190 lbs. he’s going to have a hard time holding up even though there’s not a single human in the state of Oklahoma not rooting for him.

I mean if he sticks around for a few years and gets a start on senior night…that won’t be emotional, right?

Ford’s fired up to have him too (of course, what isn’t Ford fired up about?):

He obviously is a good player, a kid that understands the game and has been around the game his whole life. He understands what to expect, he’s been around it. He and I have sat down and talked about being a walk-on and understanding that’s not an easy position. He seemed fine with it, and we are obviously happy to have him.

Stats: None (only played 12 games for St. Gregory’s last season)

Reaction (it was fairly hilarious):

RT @pistolsguy: Ranking the #okstate bb players 1-15 Who should be #15? By the time you put out list 3 will be gone #fordrules

@pistolsguy how much trouble do you get in if you put mason #15?