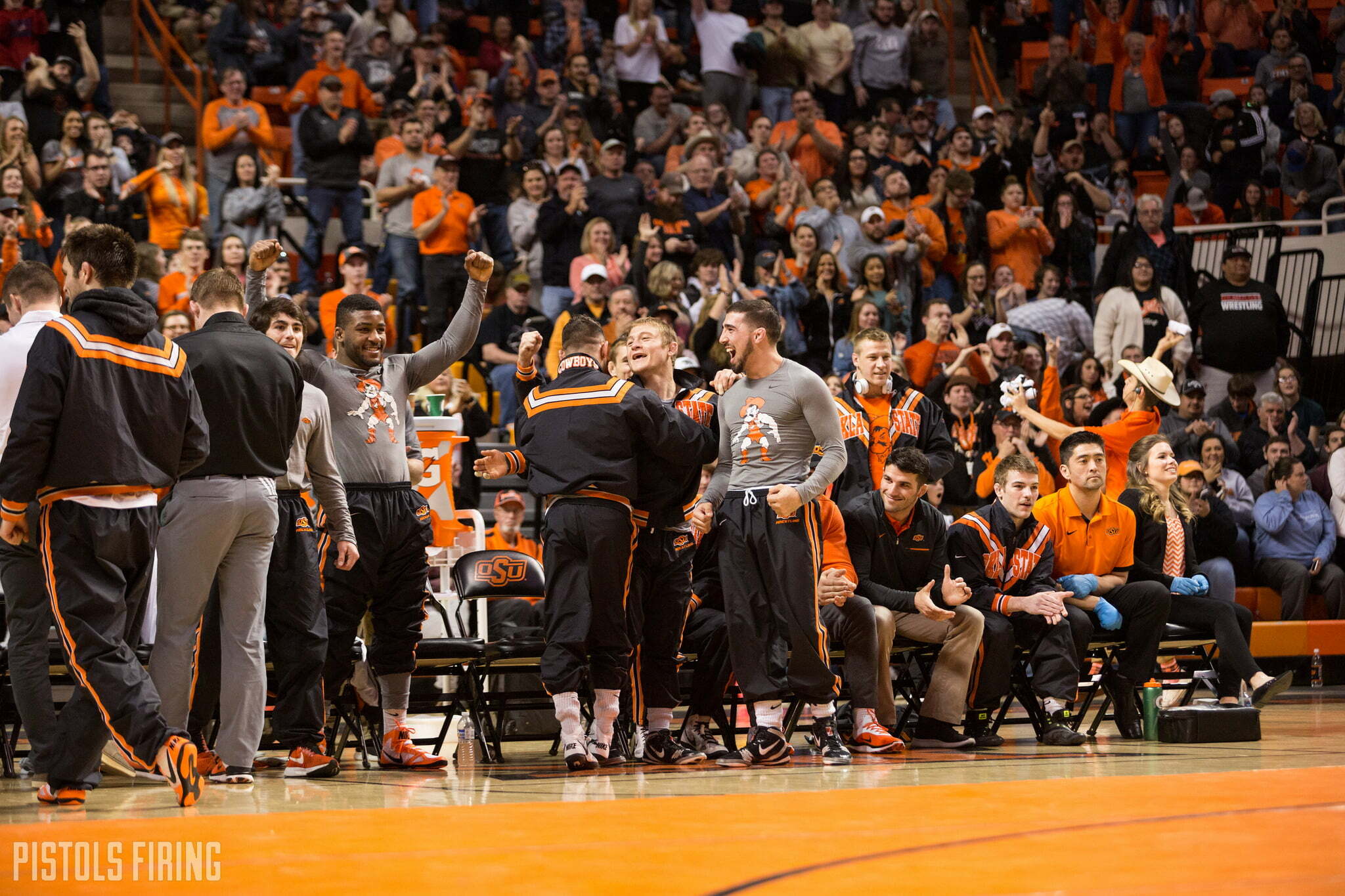 With the Cormier-Miocic trilogy taking place this week, I thought I’d take a look at some of the more memorable fights in MMA history involving former Oklahoma State wrestlers.

Without talking too much context, I aimed to focus on the most fun to watch fights vs. most enjoyable as an Oklahoma State fan. For example, Cormier’s first fight with Miocic was amazing if you’re an Oklahoma State fan, but in the context of exciting fights, he’s certainly had ones that were more thrilling. Ultimately, I did still choose ones where the OSU guy came out on top for the most part.

I’m going to share a bit of a personal story on this one. Most know I’m a pretty big Oklahoma State wrestling fan, and that fandom existed before I became a writer here. In 2014, I had just gotten to Afghanistan and at the time AFN (Armed Forces Network) played all the UFC fights for free. My unit and I had to complete an IED training class as a part of our in-country orientation, and it just so happened the fight was on a TV in the front of the class. So as we sat and waited for the instructors to arrive to start the class, the stars magically aligned and allowed me to watch the fight! It couldn’t have been more perfect.

I watch this amazing fight and at the end feel pretty good about Hendricks’ performance and expect him to get the decision and win the title. Then just before they announce the winner, the instructor walks in to start the class and turns off the TV. A couple days later I get on the internet and find out that Hendricks did in fact win this fight that comes in at No. 5 on my list.

This one I probably took slightly more in the direction of one that was fun for Oklahoma State fans vs. one that was some incredible fight. Randy Couture personifies “legend” in MMA, and at UFC 43 he beat down a much younger Chuck Liddell for the UFC Light Heavyweight title. This one was all Couture.

If I went the OSU fandom angle in ranking these, I think Cormier knocking out Stipe Miocic to secure both the light heavyweight and heavyweight titles would be No. 1 on my list. The best overall fight of Cormier’s career in my opinion is this one with Alexander Gustafsson. These guys went at it, and Cormier ultimately walked away with a title defense and win over Gustafsson.

The back end of Johny Hendricks career wasn’t ideal, but man was his rise to becoming the UFC champion a lot of fun to watch, even if he was robbed of a win vs. arguably the greatest MMA fighter of all time. I couldn’t find the full fight online, but just look at GSPs face here compared to Johny’s and listen to Dana White’s comments.

This fight was UNBELIEVABLE. It only lasted six minutes and 10 seconds, but these guys beat each other down the entire time. Ultimately Frye won after a referee stoppage, but just watch, this thing was unreal.