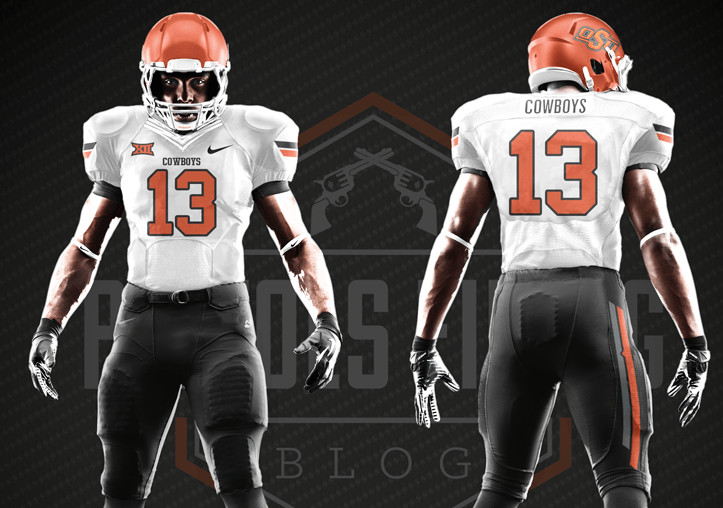 Editor’s note: We’ve a new uniform connoisseur which many of you will be pleased about since you think of my uni rankings in the same way OU fans think of stores that aren’t Wal-Mart (stupid!)

Justin Southwell — a former OSU wide receiver — will be joining this year to weigh in on uniforms and a variety of other things. Here’s his first full post.

Also, a monster thanks to Chris Knox for the incredible photoshop work (PFB logo in the background!)

There are 22 uniform combinations OSU hasn’t worn yet that I really want to see. Here are the first five (or the worst five, however you want to look at it). 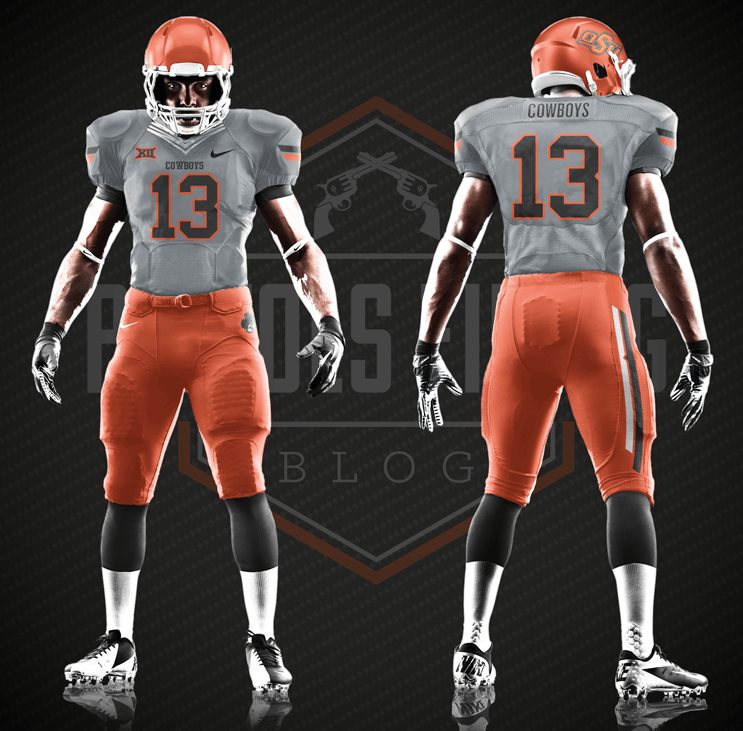 Not all uniform combinations are going to look good. Can you imagine if the gray jerseys still had orange numbers?

I think it’s safe to say we won’t ever have to see this combo. The same goes for Black-Gray-Orange.

We don’t want to run out of the tunnel looking like Bowling Green in the 2013 Little Caesar’s Bowl. 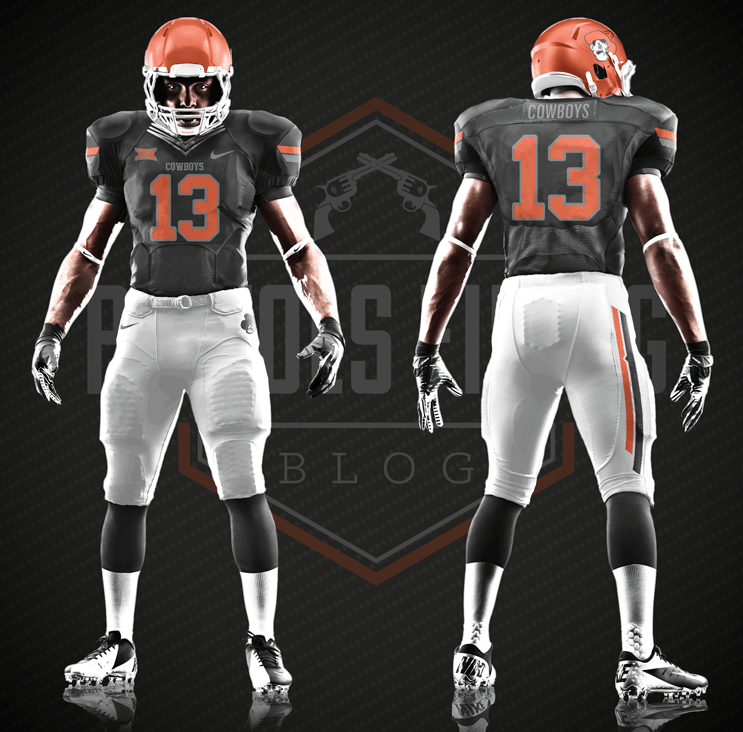 I’ve heard a couple of fans say that they want to see this combo. I could see that… if you’re a Cleveland Browns fan.

I want to see more tri-colors, but please leave this combo in the equipment room 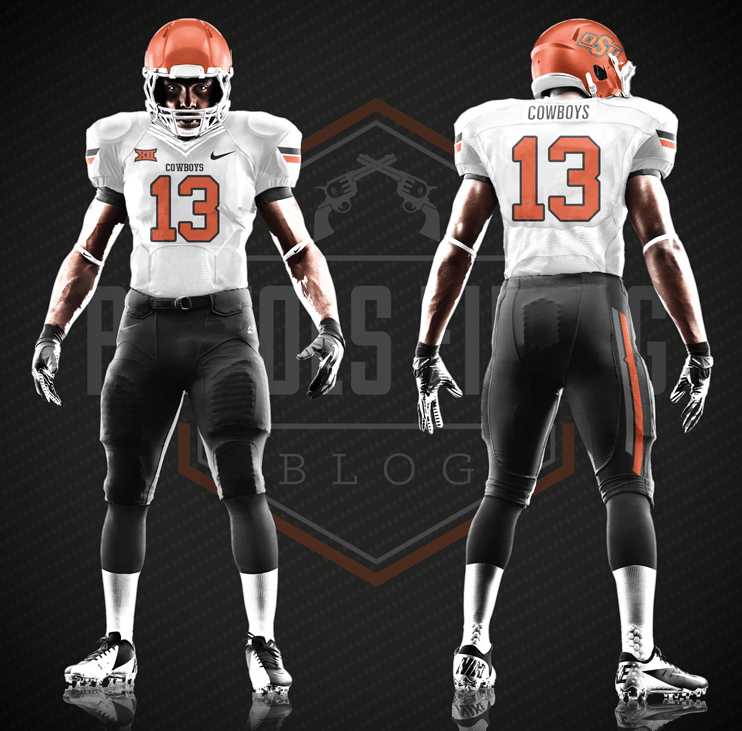 Switch the helmet and pants from the Iowa State game in 2011 (sorry for bringing that up, but I like that combo much better than this one).

This is just me really wanting to see more tri-colors, but this combo is pretty forgettable.

I’m not a big fan of the orange helmets, but they go well with some of the combos coming up 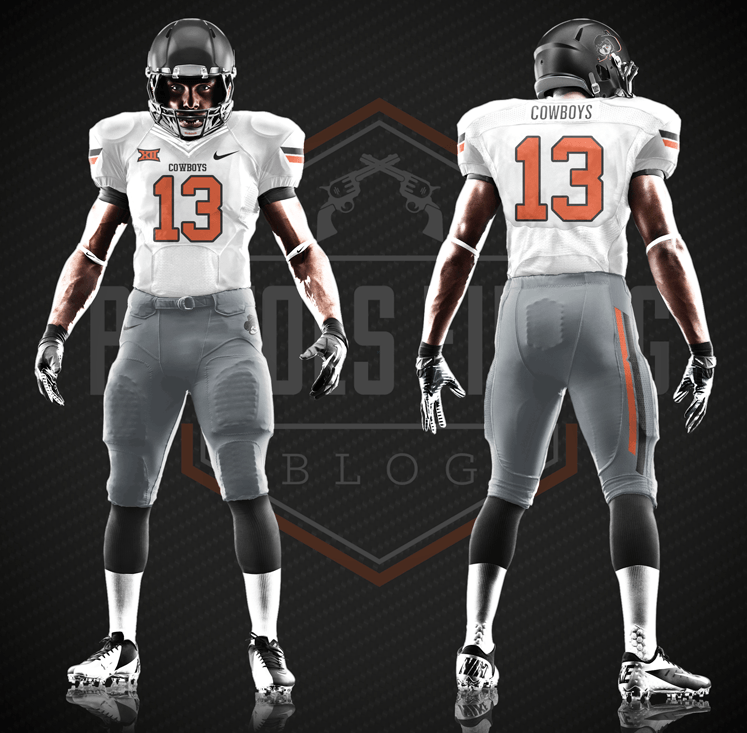 I want to like Phantom Pete, I really do. Gray helps. I could see us wearing this combo on the road at TCU. The more I look at this, the less I like it 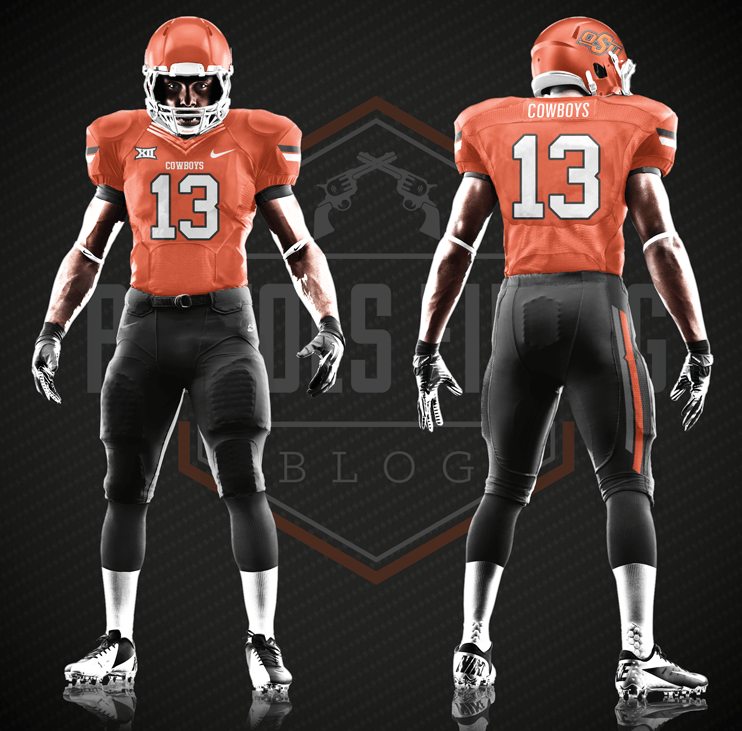 I wasn’t a fan of the Orange-Orange-White because I imagined that would be what the Sooners would wear if they had our colors.

I would love to talk about how great this combo could be with a black logo on the helmet, black facemask, and black jersey numbers, but we have to go with what we’ve got.