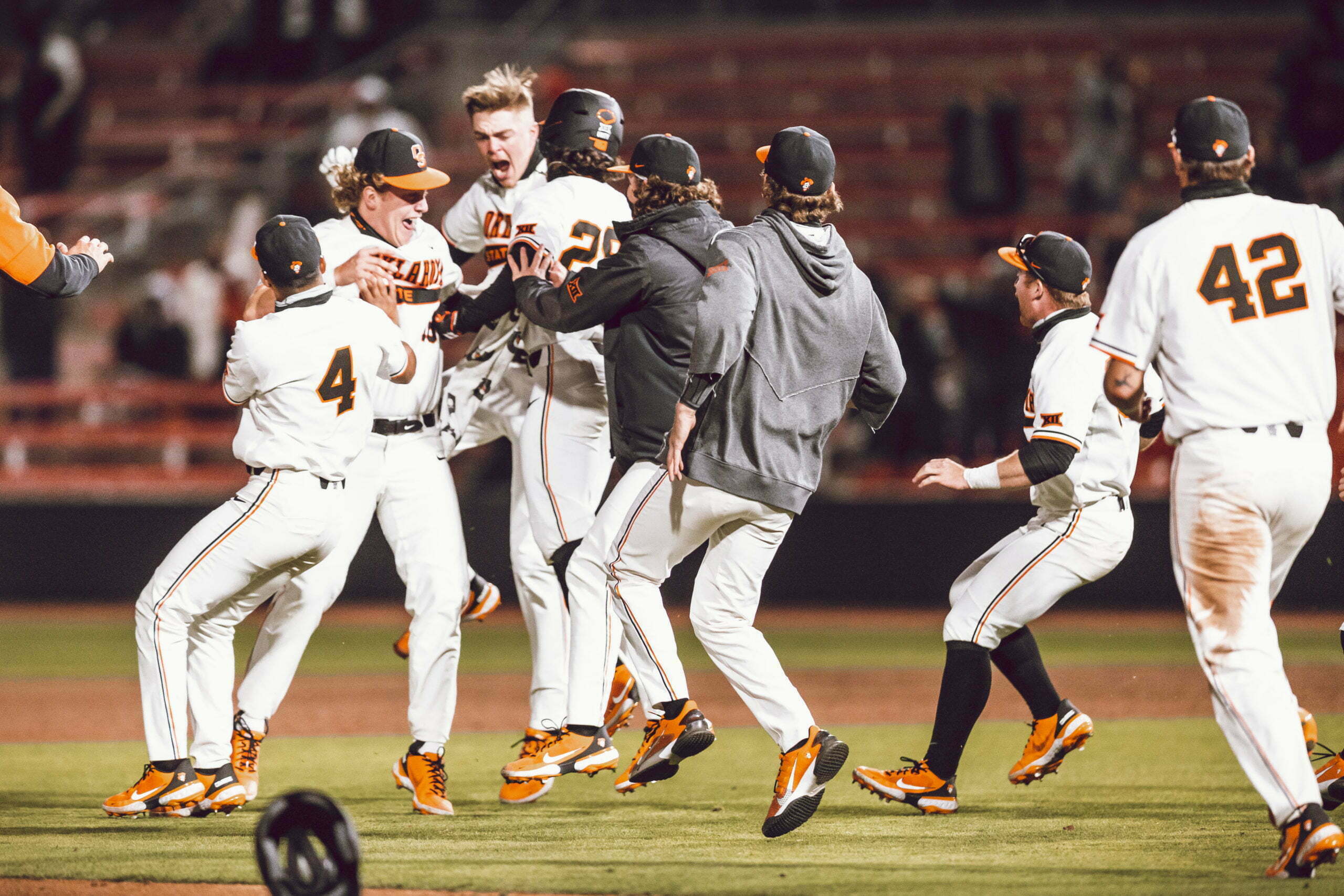 Justin Campbell has made firsts in O’Brate stadium with his arm and his bat.

Campbell hit a walk-off single Friday night to give Oklahoma State a 3-2 victory against a previously unbeaten Illinois State squad. That comes after Campbell threw the first pitch in O’Brate Stadium in OSU’s Wednesday win against Little Rock.

Campbell was at the plate as a pinch hitter. Dom Johnson, a freshman out of Edmond-Santa Fe, scored the game-winning run from first. Johnson drew a full-count walk to get to first, and started a steal attempt on Campbell’s game-winning swing. Campbell shot the ball up the middle, and the speedy Johnson didn’t even need to slide at home.

“Great victory — walk-off win on Friday night, awesome moment in time,” OSU coach Josh Holliday said. “That was a clutch hit by Justin. Good job by Dominic to reach base and get that foot speed on the bases. You’re playing right there to try to win that thing and not have it run all night long on you.”

Friday was the first time in the Cowboys’ four-game season that the Pokes have been truly tested. The Cowboys got in and out of a bunch of jams, as the Redbirds left 12 runners on base. Seven of those runners were in scoring position.

“I think we have a pitching staff that has a lot of powerful pitches,” Holliday said. “Even if you’re able to get on base against them, sometimes scoring is tough because they have some pitches they can go to to strike guys out.”

Cade Cabbiness’ defense saved a handful of runs for the Pokes.

With runners on first and second in the third inning, Cabbiness made a sliding grab in right. Both runners assumed the ball down and had to turn around and head back to their bases.

In the fourth, Cabbiness gunned down Joe Butler. Butler tried to score from second, but Cabbiness coolly fielded a ground ball and threw a rope to home plate.

Illinois State had the bases loaded in the seventh with two outs when Bulter flied out to right field, but the play was more difficult for Cabbiness than it appeared in the box score. The ball was hit between Cabbiness and second baseman Matt Golda. Cabbiness called Golda off, but Golda kept going and crashed into Cabbiness, who was able to maintain the catch and keep the Redbirds off the board.

“I think Cade is one of the best right fielders I’ve ever seen,” Holliday said. “He’s a game-changing player defensively.”

Justin Wrobleski started on the mound for the Pokes in their first weekend series of the year. He threw five innings where he allowed one run off five hits while walking three and striking out three.

OSU pitching coach Rob Walton used Trevor Martin, Zach Cable and Brett Standlee out of his bullpen. That group gave up a run on four hits while walking four and striking out six.

The Cowboys and Redbirds play Game 2 of their three-game series at 4 p.m. Saturday.