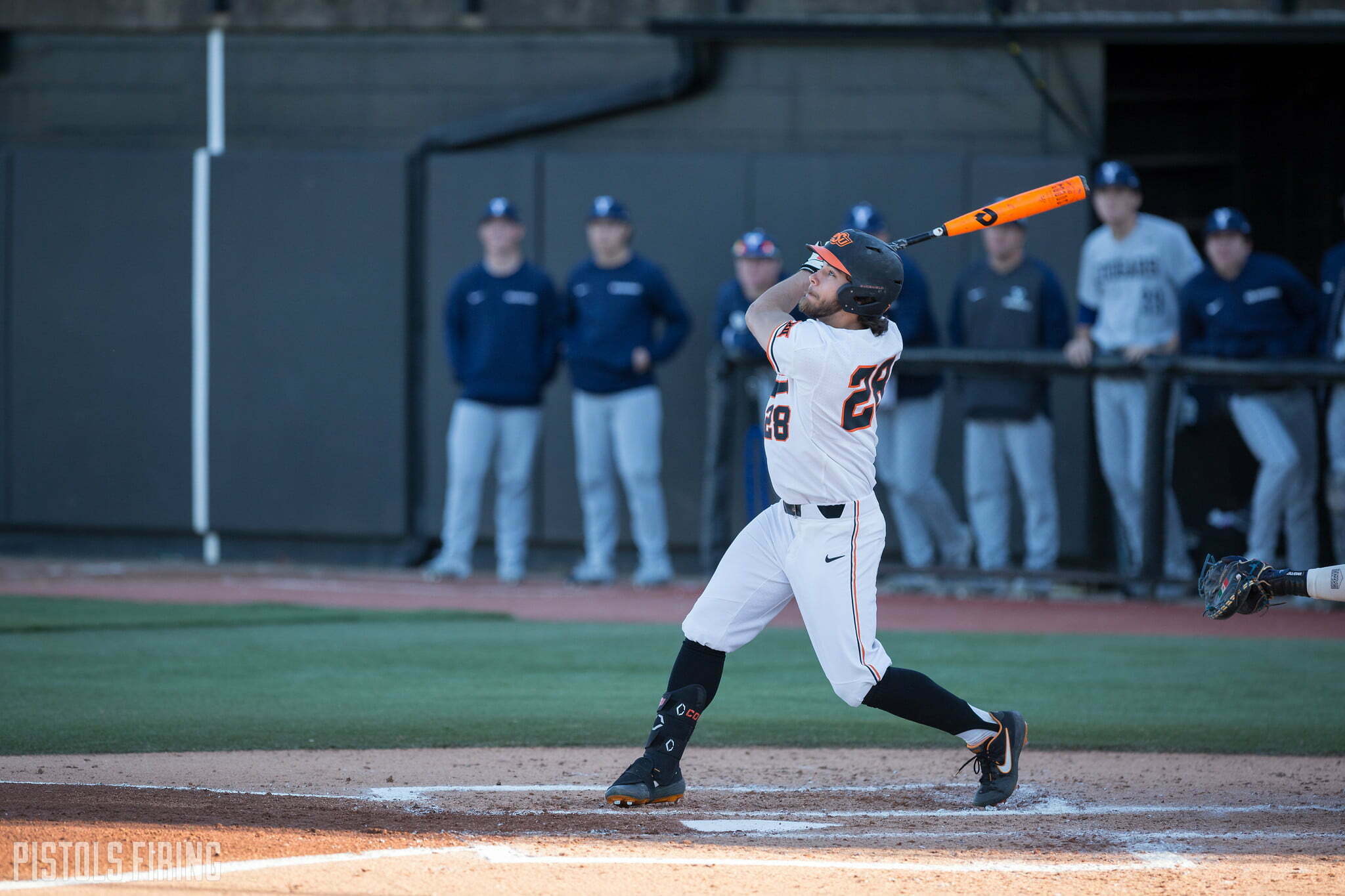 STILLWATER — Freshman Caeden Trenkle and Justin Campbell chose to continue their careers at Oklahoma State instead of going pro and they’ve made their presence known in the Cowboy lineup.

After the dismantling of Saint Louis on Tuesday night, the Cowboys claim the series over the Bilikens by a measly 7-1 victory. Campbell and Trenkle provided one-third of the stolen bases and the only RBIs of the game.

Caeden Trenkle finished 3-for-5 with two RBIs and a triple to continue his seven-game hitting streak. In his second at bat Trenkle singled to left-center with Cabbiness and Morrill on second and third.

“My swing felt pretty good today, hitting the ball hard even when I got out,” Trenkle said. “I think it’s good to get those hits.”

As the only other freshman in the starting lineup, Justin Campell is also having a standout season so far. Campbell went 3-for-4 with three RBIs and a base hit.

“It’s great being able to produce runs,” Campbell said. “The main thing is putting a good at bat together, find a ball on the barrell and that’s what happened.”

In his last at bat, Campbell stepped up to the plate and the infield moved in and he had one goal, to put the ball in the outfield.

“I swung at a pitch I shouldn’t have but luckily put a weird spin on the ball,” Campbell said. “Thankfully they didn’t make a good play on it.”

After missing the last four games due to a fluke hand injury, Carson McCusker returned to the lineup. Before his injury McCusker led the Cowboys in hits (33), doubles (11), and triples (3). The Cowboys had two on and two outs in the bottom of the seventh with Alix Garcia on first and McCusker on third. Garcia stole second, drawing the attention of the pitcher, allowing McCusker to steal home.

“That was the first time I had done that, I was fired up,” McCusker said. “It’s like a set play that we have. Al took the pitcher’s attention and I just went in there.”

Senior pitcher CJ Varela also had a strong outing for the Cowboys. He pitched a career high nine strikeouts on Wednesday night. Varela gave up just four hits and one run over five innings.

The Cowboys will have their final series in Allie P. Reynolds stadium at 6 p.m. on Friday versus Fresno State.