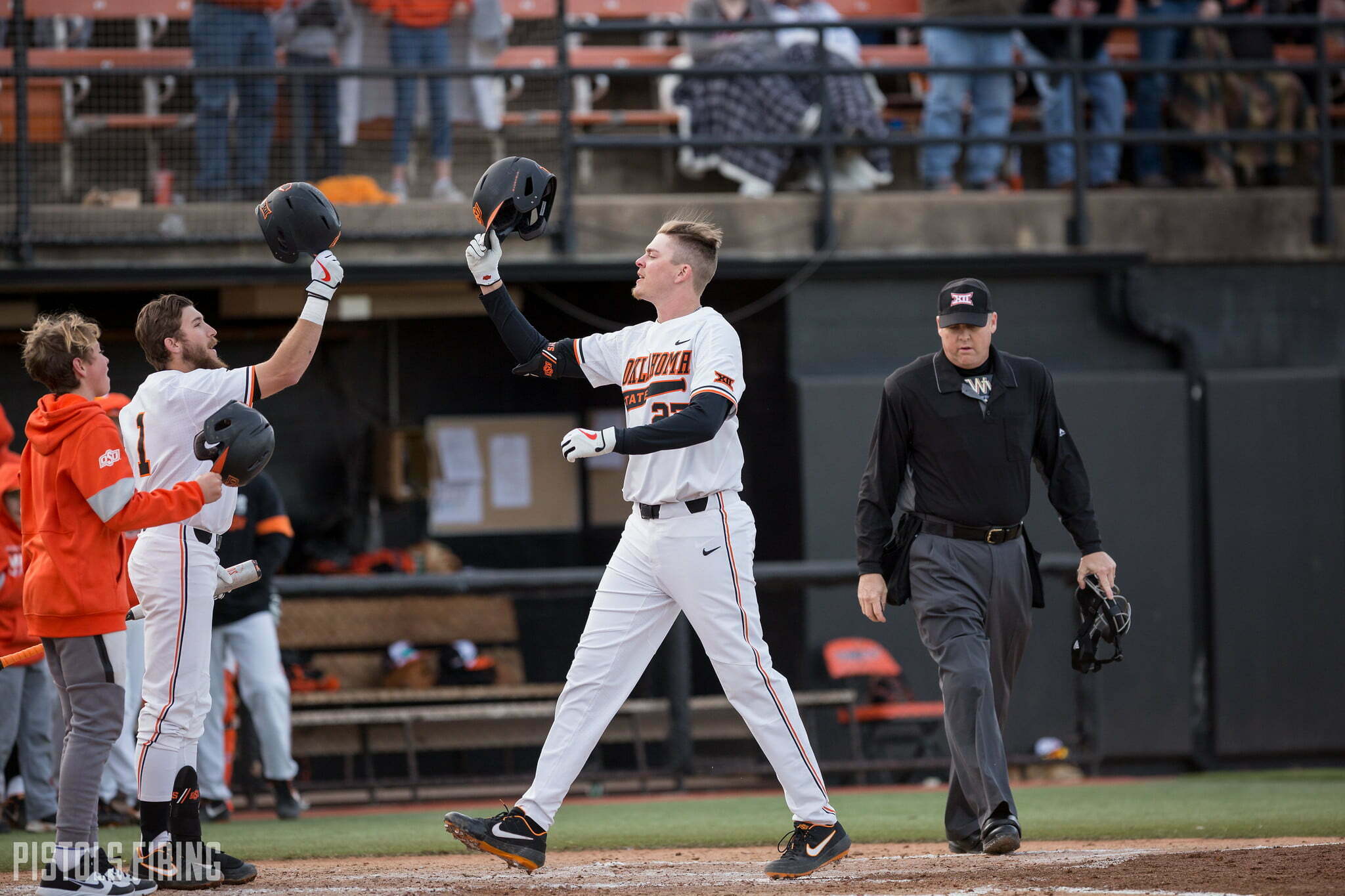 Oklahoma State beat BYU 6-1 on Friday night in Allie P. Reynolds Stadium thanks to a lights-out performance from a towering freshman. Justin Campbell torched the Cougars, throwing eight innings where he allowed no runs and just three hits while striking out nine.

Campbell, listed at 6-foot-7, 228 pounds, entered the day with a 7.30 ERA and 0-2 after his first three outings of a collegiate pitcher. He hadn’t made it out of the fifth inning before now.

One of the more intriguing prospects on OSU’s roster, Campbell is often starting in the Cowboys’ designated hitter role when he isn’t starting on the mound. He is hitting .400 this year with four runs scored, three RBIs and a home run.

Sophomore John Kelly came on in the ninth, but he didn’t get an out, walked two and gave up a hit. That filled the bases for Brett Standlee, who got out of the jam just letting in the lone BYU run.

Friday’s powerful pitching performance comes about 24 hours after Parker Scott and Ben Leeper combined for a 19-strikeout shutout of BYU Thursday. Quick math: BYU has struck out 29 times and scored one run in the first 18 innings of these teams’ three-game series.

“Obviously going [into the season], we knew Parker was going to start,” Holliday said. “We wanted to try to develop Justin and Bryce [Osmund] because we thought it fit their pitches that they could start. The only way to know would be to try to take this first month and develop them as starting pitchers, knowing full well that Brett could start. He proved that last year.

“It’s also nice to have a veteran strike thrower with a strong mental game in the bullpen, so guys like Brett and Ben are super, super important in the bullpen. The games are won and lost in innings seven, eight and nine.”

After not scoring until the seventh inning Thursday night, the Cowboys didn’t waste time getting on the board Friday. Hueston Morrill hit a lead-off double in the bottom of the first. Caeden Trenkle moved him over with a sacrifice bunt, and Kaden Polcovich brought Morrill home with a single to center field.

The Pokes added to their lead in the third. With one out, Noah Sifrit was hit by a pitch. He stole second and advanced to third on an errant throw to try to catch him. Morrill couldn’t bring him in, but Trenkle, a freshman outfielder, hit his third home run of the season to give OSU a 3-0 lead.

The Cowboys did, though, score again in the seventh inning. With runners on second and third and two outs, Nick DeNicola sent a no-doubter over the fence in left. It landed 415 feet from home plate. DeNicola had only five at-bats entering the day as the Cowboys’ DH.

“It was good for him,” Holliday said. “He’s been working hard at it. He’s kinda got a fun personality. So when you see good things happen to guys that are working hard, you celebrate that with them.”

The Cowboys will go for a series sweep against the Cougars at noon Saturday.