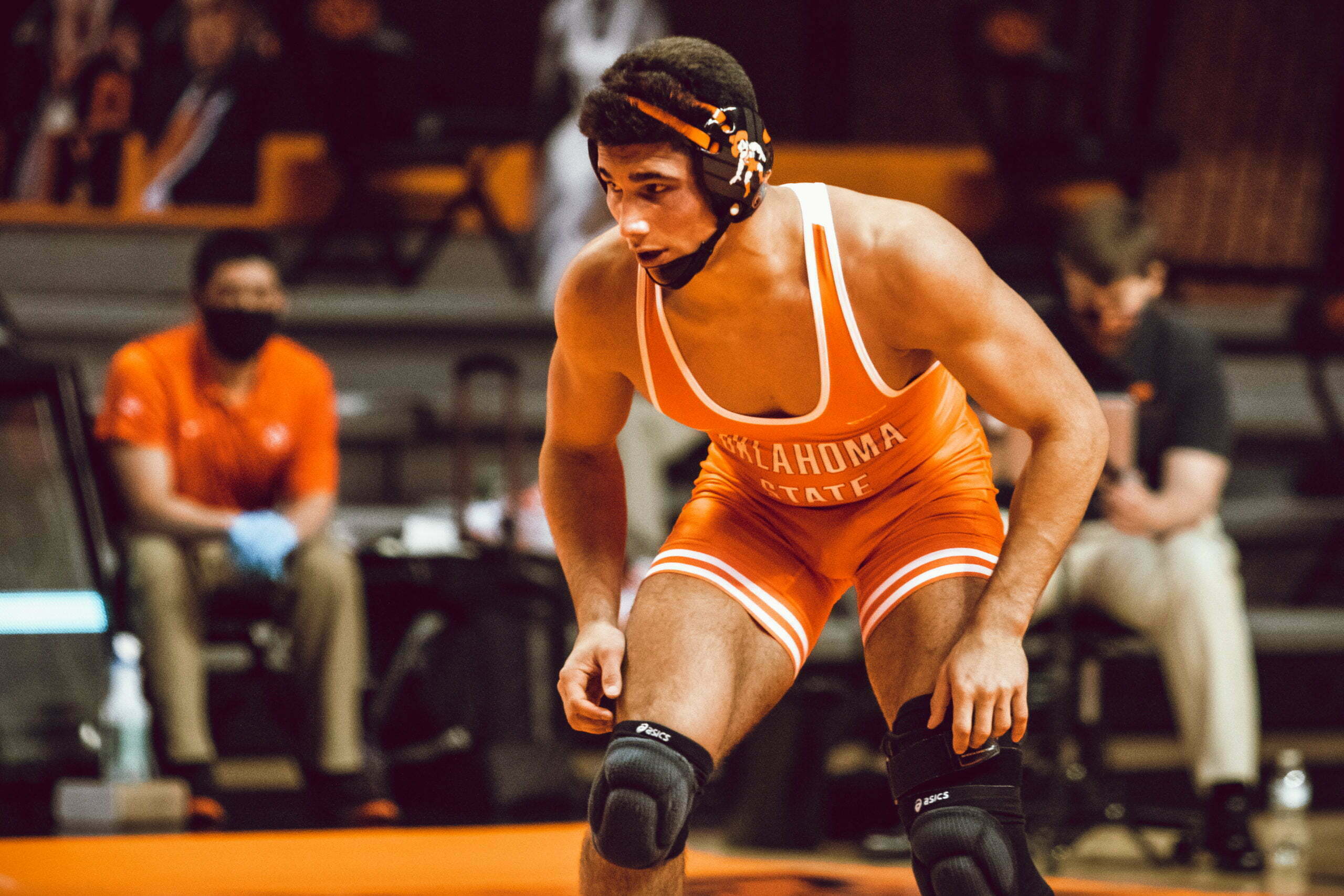 The Cowboys drew a good crowd Sunday afternoon considering it was for essentially an intrasquad scrimmage in the middle of a pandemic.

Oklahoma State held its Orange and Black ranking matches on Sunday afternoon where a good amount of fans were able to make it out and catch their first glimpses of the Cowboys’ highly touted team.

Boo Lewallen probably had the performance of the day when he beat Kaden Gfeller 6-0 in what was supposed to be one of the event’s more competitive matches at 149.

Lewallen scored on a takedown in the first and added a 2-point near fall. He entered the second with a 4-0 lead and 1:38 in riding time. He escaped to start the second before adding a riding-time point.

Whereas Daton Fix jumped on Price Perrier like a Chupacabra and secured a first period pin, the 141 bout between Kaid Brock and Dusty Hone had more of a big-match feel.

Brock scored a first-period takedown that would end up being the difference. Hone escaped and escaped again to start the second to tie the bout at 2. Brock escaped to start the third to take the competitive bout 3-2.

Reece Witcraft and Trevor Mastrogiovanni each wrestled twice at 125. Witcraft got up 10-1 on Colten Klein after a period before securing a pin in the second.

Mastrogiovanni started his day against fellow freshman Jakason Burks. It was a competitive match for two periods, but in the third, Mastrogiovanni got a takedown and a 4-point near fall to win 8-1 with riding time.

Witcraft and Mastrogiovanni then wrestled each other at the end in what was one of the best bouts of the day. Witcraft nearly had a takedown in the first and at the end of the second, but couldn’t secure either. Down 1-0 to start the third, Witcraft promptly scored a reversal, but Mastrogiovanni was given a stalling point.

Mastrogiovanni was then able to escape and take the bout 3-2.

Witcraft started at 133 for the majority of last season while Fix took an Olympic redshirt. However, OSU coach John Smith said Sunday that Witcraft wouldn’t go to 133 and cover for a now suspended Fix next weekend.

“If Witcraft is going to be 125, then he needs to be making that weight every week,” Smith said. “So let’s just say this: Let’s give this Nieman and Colt Newton the opportunity, and that’s probably what we’re going to see next week.

Superstar freshmen AJ Ferrari and Luke Surber met at 197. Ferrari led 3-0 heading into the third with an escape and a takedown. Surber escaped in the third before Ferrari took him down again and won 6-2 with riding time.

“I got two good guys at that weight,” Smith said. “That’s fun to have. They’re young, and they’re gonna do some things, there’s some inexperience there. But I got two guys that love wrestling and love to compete, and we’re gonna prepare both of those guys. We’re in a position in the future to separate them probably between 197 and heavyweight, but right now we’re gonna really work and develop those two.”

Missing from the event were Anthony Montalvo and Austin Harris. Smith said those two were injured. Smith added that he expects Harris to be in the lineup next week, but not Montalvo.