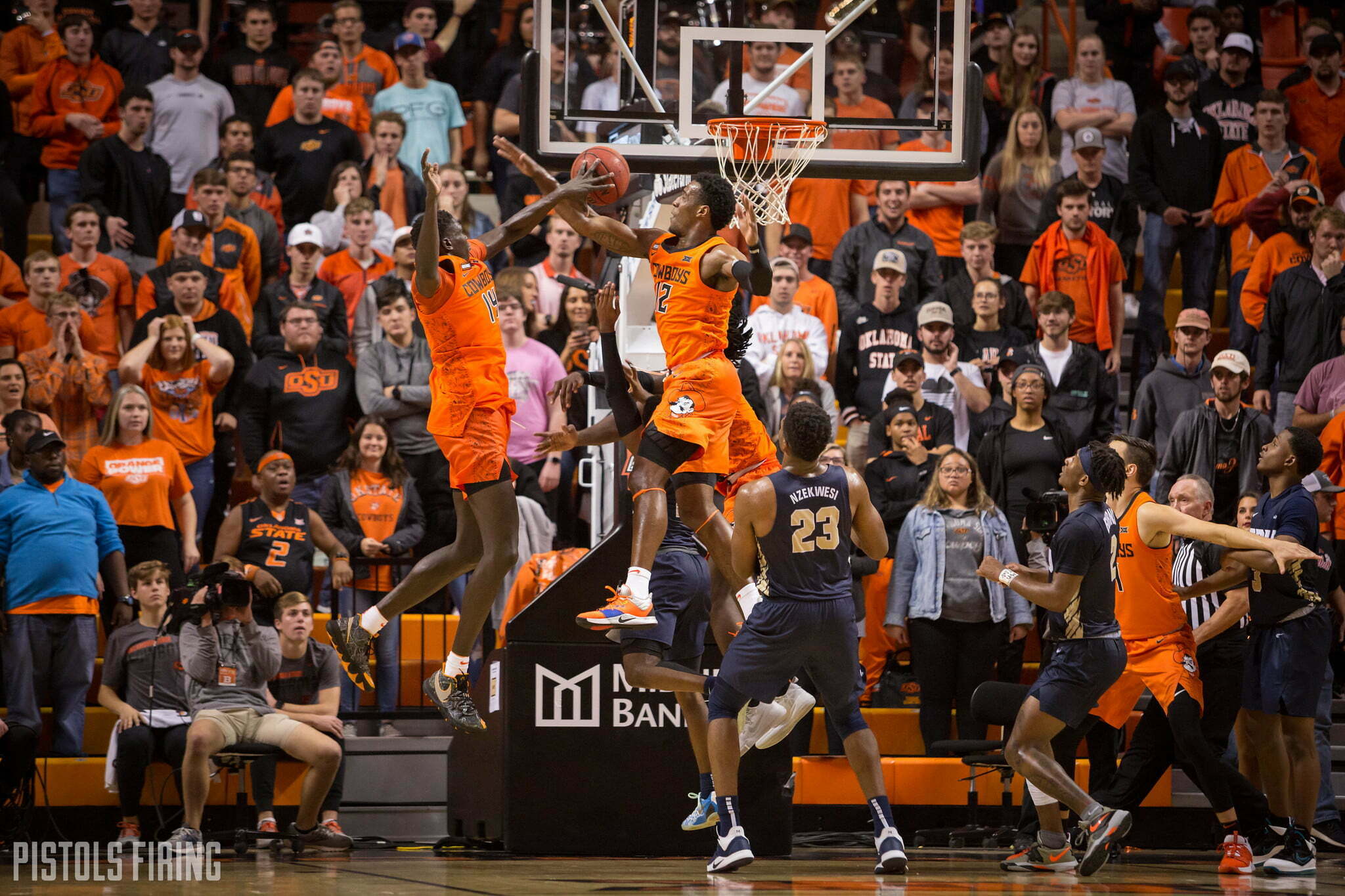 The Cowboys blew a big halftime lead, but were able to remain unbeaten away from Gallagher-Iba Arena this year.

The Oklahoma State basketball team defeated Houston 61-55 on Sunday afternoon in Houston. The victory makes the Cowboys 4-0 away from Stillwater this year. It’s the first time since March 18, 2018, that OSU has won a game without Isaac Likekele playing in it.

Rebounding was a point of emphasis entering the game, as Houston is one of the better rebounding teams in the country. Every time the ball went up, the paint turned into a mosh pit. Houston edged the Cowboys 40-39 in the stat, but it wasn’t enough.

At halftime the Cougars looked as if they might get the same treatment Ole Miss or Syracuse got in Brooklyn, but Houston surged in the second half. Houston tied the game at 50 with 3:40 left, but that seemed to wake the Cowboys’ offense back up.

To no one’s surprise, Lindy Waters delivered in the clutch for the Cowboys.

Thomas Dziagwa didn’t miss in the first half, scoring 11 points, nine of which came from 3-point range. Dziagwa has been solid for the Cowboys in their two true road games this season. With Sunday’s performance and his performance against Charleston, Dziagwa has put up 32 points and is 10-for-13 from deep.

The Cowboys also benefited from Yor Anei staying out of foul trouble early. Anei played 28 minutes (the most he has played since the Western Michigan game) where he had 18 points and eight rebounds. He also showed some big guard abilities.

The Cowboys have played a good amount of 2-3 zone this season, but they did so almost exclusively Sunday. It worked for the most part, particularly in stopping Houston’s leading scorer entering the game, Quentin Grimes. Grimes finished the game 0-for-7 from the field, scoring no points.

The Cowboys advance to 8-2 on the year and are without a midweek game for the second straight week. OSU will next be in action against Minnesota on Saturday in the BOK Center.