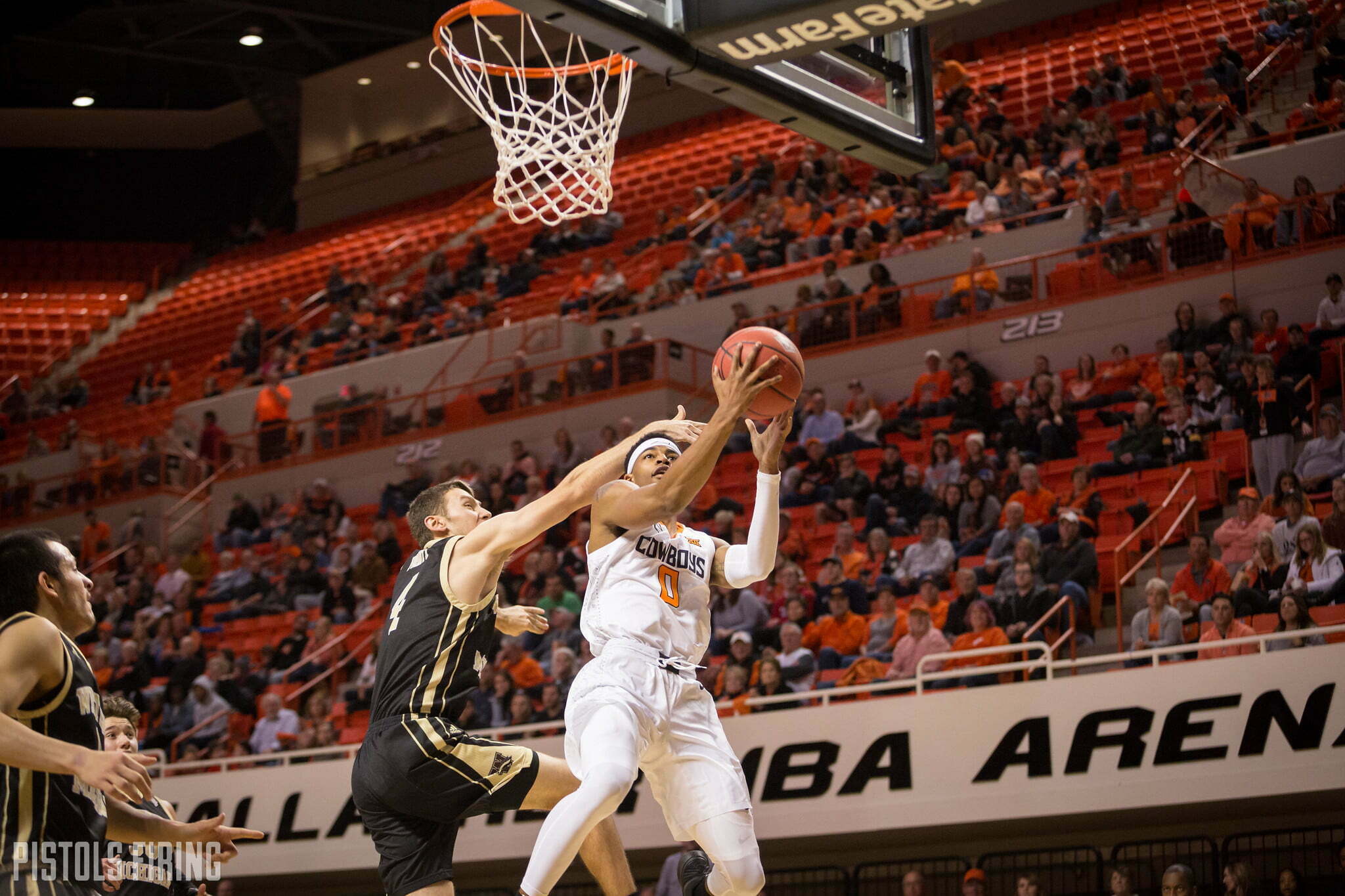 TULSA — If Saturday night was any indication on whether the Cowboys have been naughty or nice this year, there will be lumps of coal in orange stockings.

The Oklahoma State men’s basketball team fell to Minnesota 86-66 in the BOK Center. The Golden Gophers shot 58 percent from the field, and won the battle of the boards 35-27.

“Minnesota just outplayed us from start to finish,” OSU coach Mike Boynton said. “There may be something worse, but one of the worst things you can say about your team after any game is that the other team played harder than you did. Unfortunately, I gotta stand here and be honest and say that that was the case tonight. Minnesota played harder and therefor deserved the win.”

A bench lineup of Avery Anderson, Chris Harris, Keylan Boone, Jonathan Laurent and Hidde Roessink showed some fight late in the game, but it was far too late. Anderson in particular turned some heads. He had a career-high 16 points and was a relentless defender, but that moral victory wasn’t enough.

This loss for the Cowboys (8-3) comes off the heels of a not so great practice from this week. Boynton, Anderson and Lindy Waters (who scored a team-best 17 points) all discussed how that practice bled into Saturday’s game.

“There’s always carryover from practice,” Boynton said. “That’s the way I believe. I’ve always believed that. I definitely think that there was a residual impact from Thursday’s practice to today’s performance. The result was what it was.”

This is the fourth straight game OSU has been without star point guard Isaac Likekele, who missed each with an undisclosed illness. Likekele did dress for the game and went through layup lines, but he didn’t warm up past that. Boynton said Likekele has yet to start taking contact again, but that he is hopeful that these few days of break will allow him to continue to get better.

In the first half, there were two games going on. One was OSU vs. Minnesota. The other was Minnesota’s Gabe Kalscheur vs. OSU. Kalscheur scored 24 of the Golden Gopher’s 46 first-half points. The Cowboys had 31 points as a team.

Kalscheur and Daniel Oturu combined to outscore OSU 36-31 at the half, and the pair did so while shooting 82 percent.

Kalscheur finished the game with 34 points, and he was 11-of-14 from the field. He hit 7 3-pointers. Oturu finished with 22 points, eight rebounds and three blocks. He was 10-for-12 from the field in the game.

“Really they just out toughed us,” Anderson said. “(Oturu), he had a real good game, and we couldn’t locate shooters. (Kalscheur), he came out and sprayed just all over the floor, just hitting shots for them. Just mental breakdowns.”

The Cowboys are off until Dec. 29 when they host Southeastern Louisiana in Gallagher-Iba Arena. That’s OSU’s final game before starting Big 12 play.

“Fight — it didn’t have nothing to do with coaching,” Anderson said. “It was on us. Just us. That’s our motto, just us. Today we came out kinda sluggish and not ready to play. That’s what (Boynton’s) message was, just come out and play and fight.”