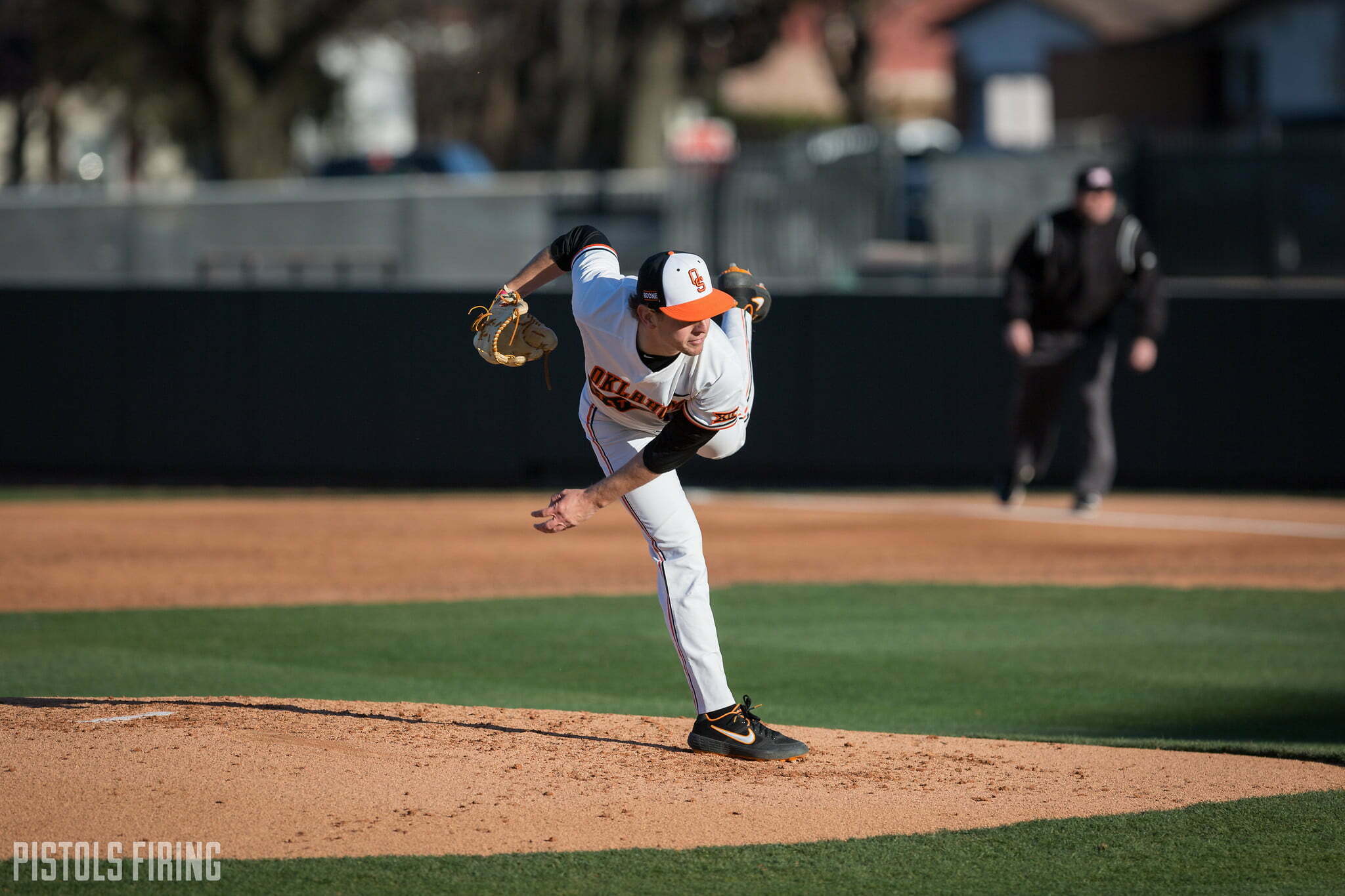 STILLWATER — It took the Cowboys’ bats a while to get going, but all Parker Scott needed was a run.

Oklahoma State beat BYU 2-0 on Thursday evening in Allie P. Reynolds Stadium off a dominant pitching performance. Scott threw seven innings where he allowed no runs off two hits and struck out 13. The strikeout number is a career high for Scott.

“I think Parker loves to pitch,” OSU coach Josh Holliday said. “He has since the day he got here. It’s just been a little bit of a journey to get him 100 percent healthy, but he loves to pitch. It’s what he looks forward to doing. The competition, he embraces.”

Scott’s stickiest inning was the first where he allowed both his hits. From there, he threw back-to-back perfect innings. He hit Jacob Rogers with a pitch in the fourth inning before going perfect in innings five, six and seven.

After leaving eight runners on in the first six innings, the Cowboys (9-5) finally scored after the seventh-inning stretch.

The frame started with Noah Sifrit getting hit with a pitch before Hueston Morrill walked. Caeden Trenkle was next up. He singled to load the bases for Kaden Polcovich. Polcovich hit a sacrifice fly to center, scoring Sifrit.

Morrill scored on a wild pitch after a Max Hewitt fly out to give OSU its 2-0 lead.

As mentioned with all the early OSU base runners, the Cowboys were working BYU starting pitcher Justin Sterner. Sterner threw 97 pitches in just 4 1/3 innings of work. Holliday went with a left-handed attack against the righty. OSU started six left-handed batters and the switch-hitting Polcovich.

“It was kind of, with some guys injured, what I thought was our best nine for today,” Holliday said. “Carson [McCusker] is gonna be out for a while [with an injured hand]. So, we were probably a little more left-handed than you might normally see us be, but against a good right-hand starting pitcher, if you got good left-hand hitters that’s normally a good thing.

Ben Leeper relieved Scott in the eighth inning. The senior right-hander came in and threw hard. Every out he recorded was a strikeout, sitting down six of the seven batters he faced.

The Cowboys and Cougars will run it back Friday with Game 2 of the teams’ three-game series scheduled to start at 4 p.m.