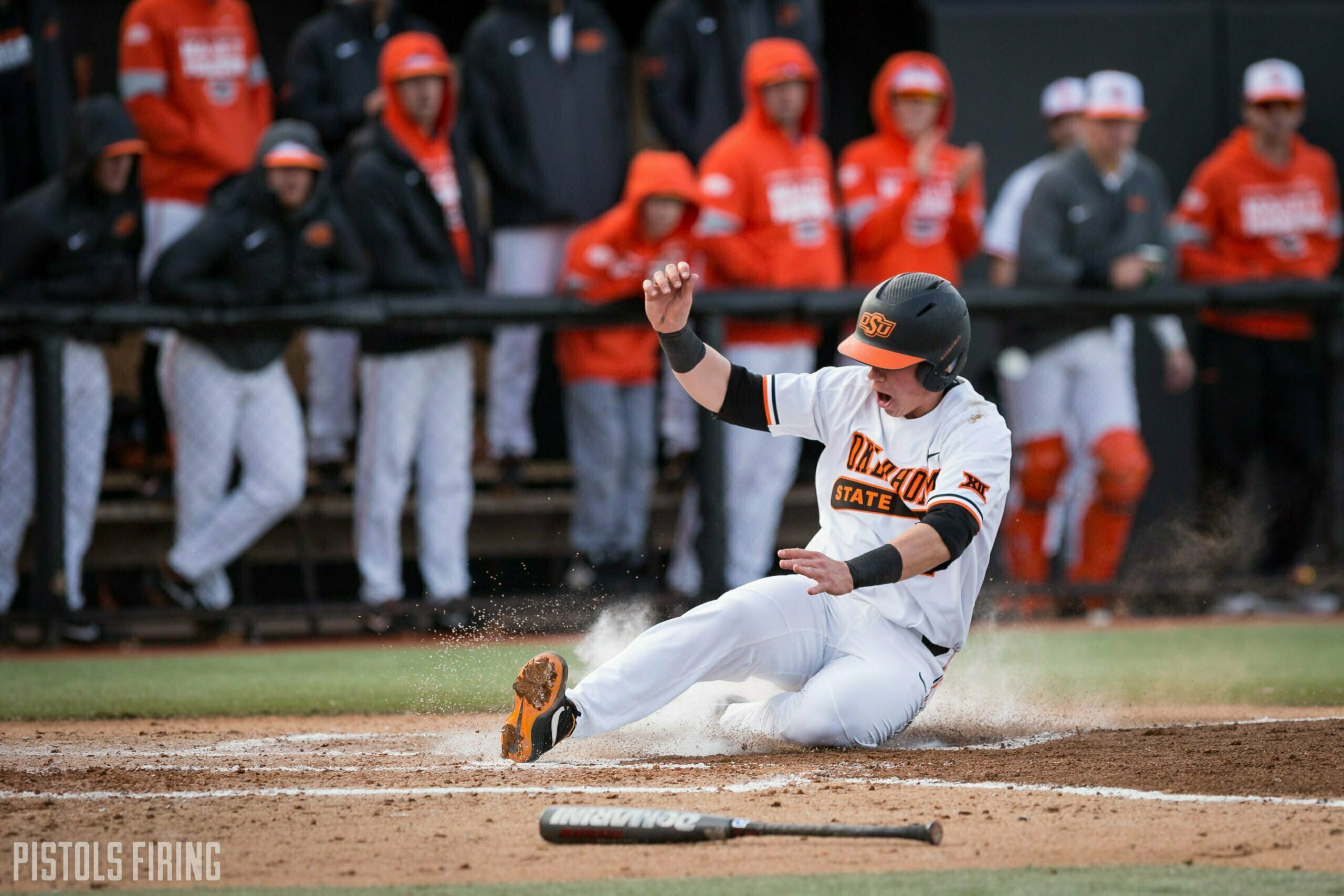 STILLWATER — Allie P. Reynolds Stadiums’ final (for real this time) opening day was a dominant one for the Pokes.

Oklahoma State stomped UT-Rio Grande Valley 17-2 off the back a nine-run fourth inning. In that fourth frame, OSU hit five singles, one double, two triples and a home run. The Vaqueros brought John Henry Gonzalez to the mound with one out in the fourth. He finished the inning but not after allowing five runs off five hits, walking one and allowing both Cowboy triples.

With Friday’s cold weather, Parker Scott sat in the locker room to stay warm while OSU was at the plate. Here were his thoughts on that fourth inning.

“I was actually in the locker room trying to stay warm, so I didn’t get to see it,” Scott said. “I just know it lasted about two hours, so I figured they were doing something good.”

The home run came from Justin Campbell, who started Sunday’s game against Grand Canyon on the mound for OSU. It was only his second at-bat of the season (the first being a third-inning single), but as the Cowboys’ designated hitter, the freshman right-handed pitcher sent the ball over the fence in right.

He finished his first game as a collegiate hitter 3-for-3 with three RBIs and two runs scored. If National League scouts weren’t drooling over Campbell’s 6-foot-7, 228-pound frame, they will be now.

“I’ve always been a hitter and pitcher my whole life,” Campbell said. “Being able to do both at this high a level, I just want to hit as long as I possibly can. If there is a day where I won’t be able to hit, it’s not a big deal. I love pitching more than I love hitting, but if I can hit, it’s just a positive.”

Campbell hit eighth in Friday’s lineup. Before him was Max Hewitt, who made the transition from a middle infielder to a catcher this offseason. He has excelled at the plate despite it still being only February. He was 3-for-3 with two runs scored and two RBIs Friday.

Hewitt is hitting a ridiculous .643 in his first 14 at-bats this season after struggling to find a way into last year’s lineup.

Scott started on the mound for OSU, throwing 105 pitches in six innings while earning his second win in as many outings this season. A lefty, Scott allowed no runs, one hit, walked two and struck out 10. He said the lead his offense built gave him some freedom on the mound.

“I feel like I can attack a little bit more, knowing I have a little bit of a cushion to go on,” Scott said. “Yeah, it’s huge when the offense gets going, more confident as a pitcher knowing you’re leading.”

OSU and UTRGV will play Game 2 of their three-game series at 1 p.m. Saturday in Allie P. Reynolds Stadium