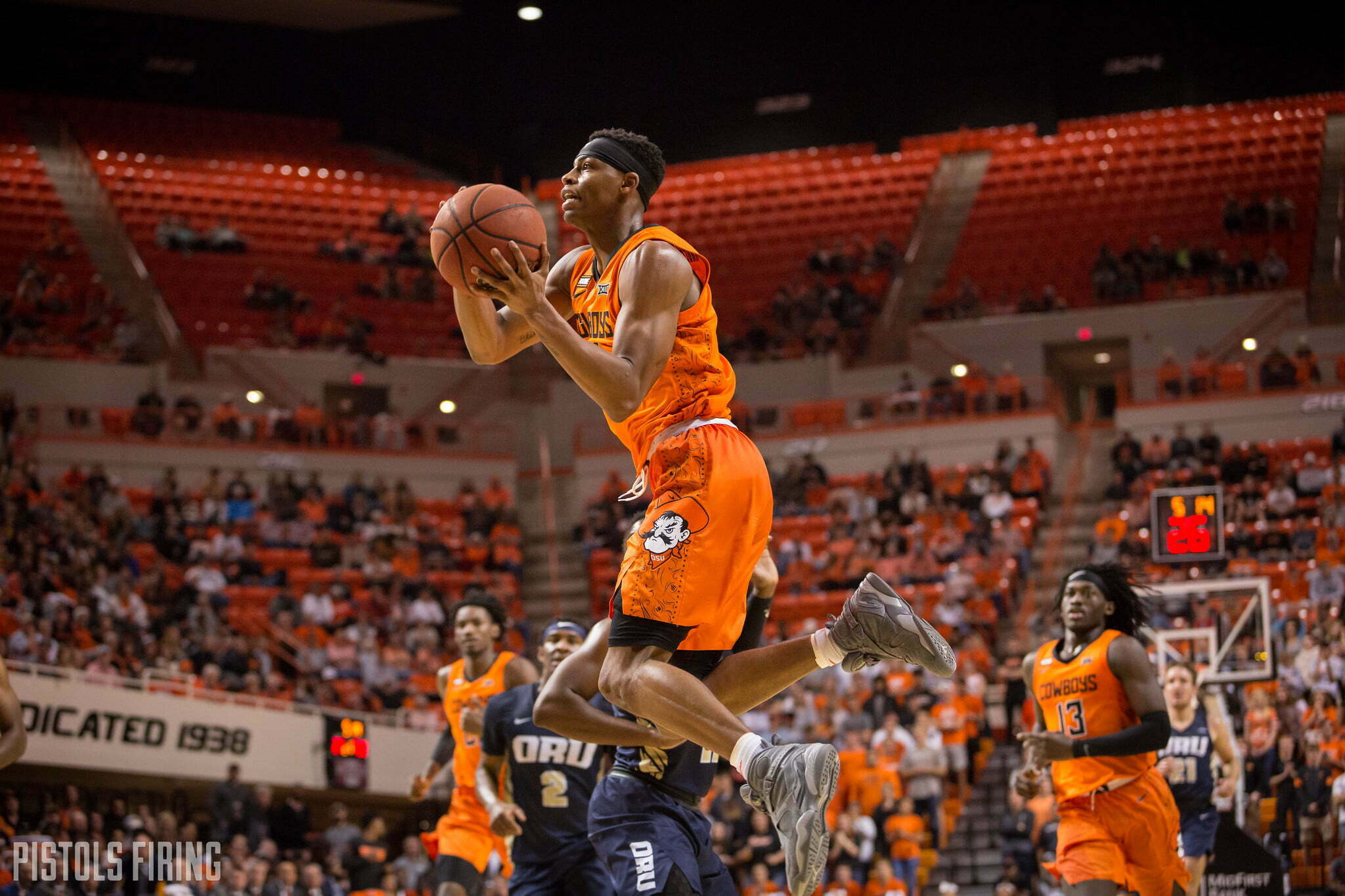 Oklahoma State fell to TCU 52-40 on Saturday afternoon in Fort Worth. The Cowboys were 16-for-53 (30 percent) from the field and had 13 turnovers. OSU’s 41-point outing Monday could be excused to an extent because it was against a Top 5 defense in West Virginia, but those offensive struggles followed the Pokes to Fort Worth.

The Cowboys are 3-for-39 on 3-point attempts in their past two games after a 2-for-19 game Saturday.

Of OSU’s 40 points Saturday, 11 came from seniors (in 97 combined minutes), 16 came from sophomores (in 45 minutes) and 13 came from freshmen (in 57 minutes). Isaac Likekele led the Pokes with 12 points, and compared to most players in orange, he was an efficient 5-for-11.

Thomas Dziagwa, Lindy Waters and Jonathan Laurent were expected to be the Cowboys’ three best shooters entering the season. Those three combined for no points on 0-for-14 shooting.

OSU coach Mike Boynton tried to shake some things up going into the game. After missing Monday with with flu, Dziagwa returned to the starting lineup, but Yor Anei started the game on the bench, and Laurent started.

Laurent played 13 minutes in which he scored no points and had one rebound. Anei, who has struggled with foul trouble lately, still managed to get in some, as he played just 17 minutes where he had four points, five rebounds, three blocks and four fouls.

The Horned Frogs’ lead was just 24-17 at halftime. Despite playing poorly offensively, the Cowboys held TCU to 29-percent shooting in the first half, but the Frogs got going in the second half.

The last time OSU made the NCAA Tournament (2016-17), the Cowboys started Big 12 play 0-6. That team didn’t feature the offensive deficiencies this one seems to have, though. In Brad Underwood’s squad’s 0-6 start, the Cowboys shot 45 percent from the field and averaged 77.5 points a game in that stretch. They just couldn’t stop anyone.

Mike Boynton’s 2019-20 team is solid defensively, but through their first three conference games, the Pokes have shot 29 percent.

It hasn’t been like that all season. Before conference play started, the Cowboys hadn’t shot below 30 percent in a game. In fact, they shot above 40 percent in nine of their nonconference games.

The Cowboys will have a shot to shoot better Wednesday when Texas travels to Gallagher-Iba Arena. The Longhorns are 0-2 in Big 12 play and play Kansas State on Saturday night.