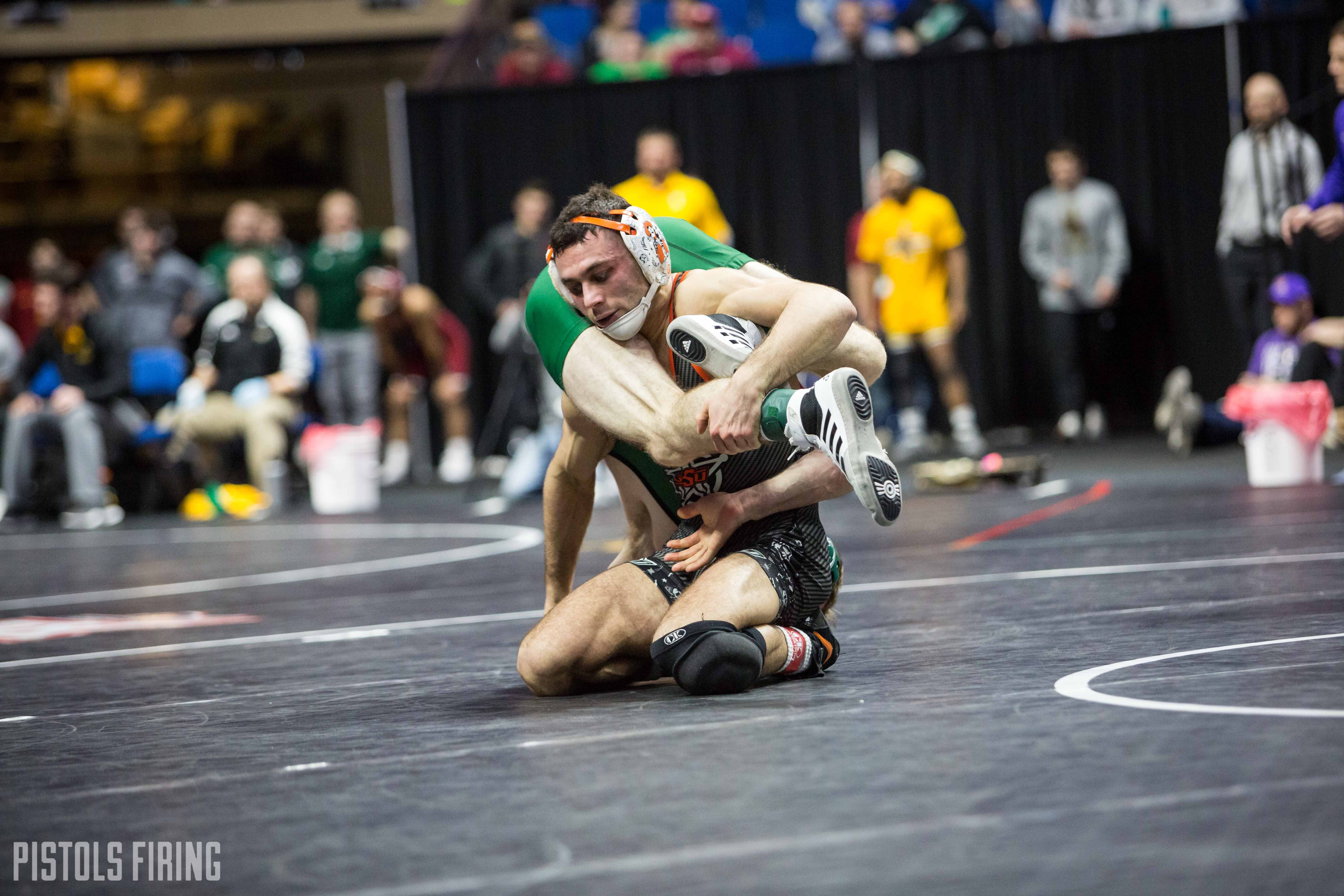 TULSA, Okla. — The Cowboys rolled through their prelim matches and looked strong doing it. They scored bonus points at every weight with the exception of 157. At 157 Wyatt Sheets gave up an early take-down and fought back to pick up a 5-3 decision. Here are the complete results.

In the quarterfinals things got a bit tougher for the Cowboys. Fix was pushed by Gary Joint of Fresno State and even gave up a rare take-down. Kaden Gfeller found himself in a battle with Jaden Van Maanen and of North Dakota State. A riding time point ended up being the difference in a 9-8 decision for Gfeller.

One of the tougher casualties of the round was at 157. Sheets dropped a 10-1 major decision to Luke Webber. With only one automatic qualifying spot at 157 Sheets will have to rely on an at large bid to the NCAA tournament. He will have to come back and finish third there to have any real chance at that bid.

Joe Smith had his much anticipated match with No. 2 seed Demetrius Romero. Joe built up a big lead early and was up 8-6 with about one minute left in the match. He fell 12-8 after a giving up a late take-down and back points.

Jacobe Smith picked up a first period fall at 174 with only one second left in the period. Dakota Geer followed that up with a fairly comfortable win over Will Sumner 7-6. He gave up a late escape closing the score a bit, but was in control.

Preston Weigel is looking really strong and won a textbook Preston Weigel match — 3-0 with a take-down and ton of riding time. Derek White closed out the round with a dominant major 12-3.

The Cowboys are favored every match this next round on Saturday evening. Joe Smith will need to win at least two more to secure an automatic bid to the NCAA tournament.

Here’s a look at the standings after the first two rounds.