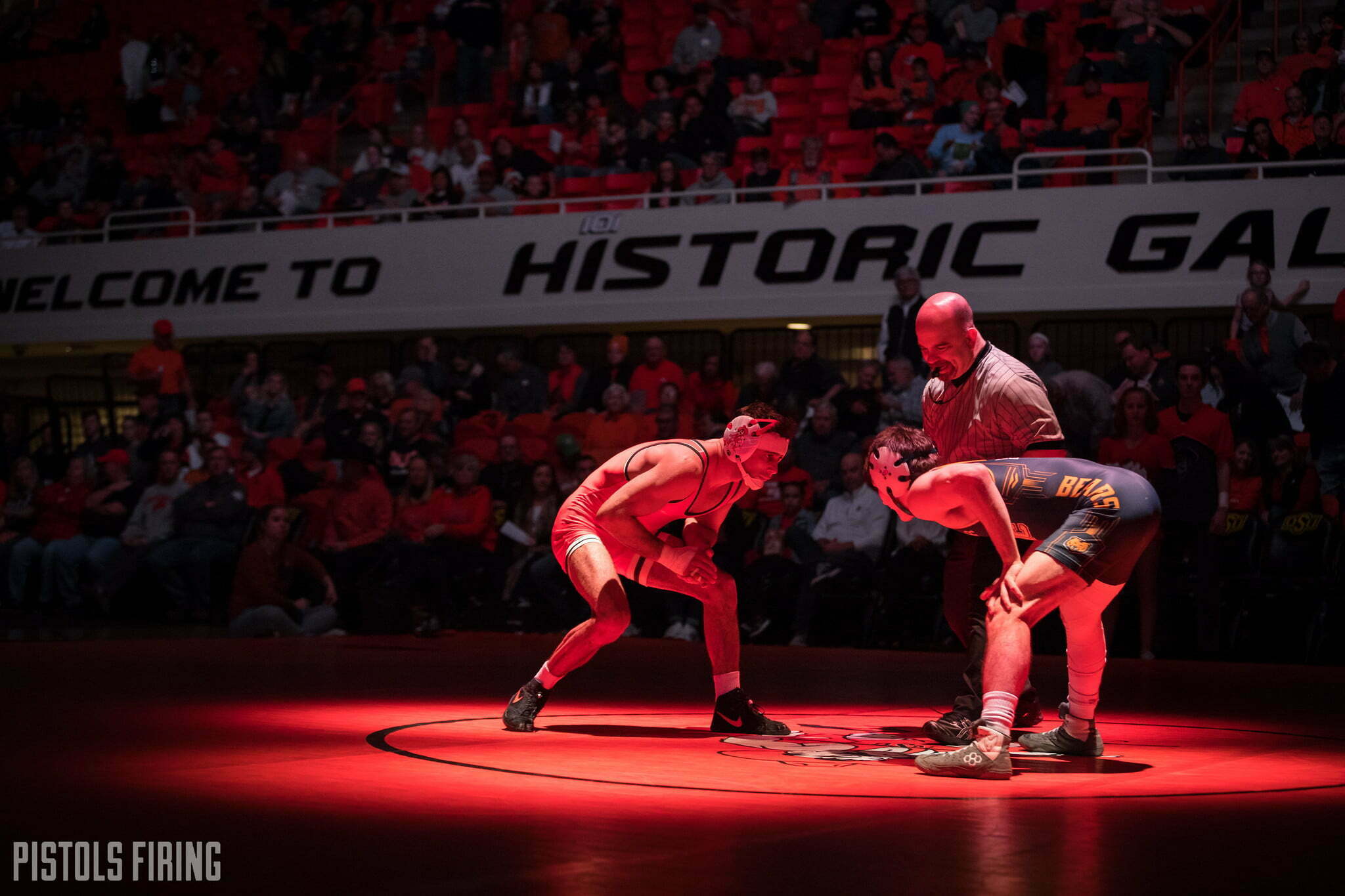 STILLWATER — Nick Piccininni hit the century mark and did so in dominant fashion.

Piccininni, OSU’s 125-pounder, is the 44th Cowboy to hit the century mark. The only other active wrestler with 100 wins is Kaid Brock, who has been injured to this point in the season.

“Nick, he’s one of those guys that you’d coach forever if you had a whole bunch of them,” said OSU coach John Smith, who has a program-best 152 wins. “Not so much being good, but their attitude, the way they address practice, the way they come in, great student. I don’t think in his five years I’ve ever even had to question him in school and what’s happening in school. He’s just a pretty consistent guy that’s got great discipline in his life.”

As big a night it was for Piccininni, it was also a big one for OSU 184-pounder Anthony Montalvo. After picking up a pin in OSU’s win against West Virginia on Friday night, Montalvo faced the No. 7 wrestler in the weightclass, Nino Bonaccorsi, and won.

GIA is a well-educated crowd. As Montalvo rode out the entire third period to a 6-4 decision, the orange-clad fans grew louder and louder.

“When I was riding out, they were screaming so loud I heard a buzz in my headgear,” Montalvo said. “That got me fired up. My forearms didn’t feel as tired. Just continuing to push the pace is what that helps a ton for me.”

At 174, unranked Andrew Shomers also picked up a win against a ranked foe, beating No. 17 Gregg Harvey via major decision, 10-0.

With it being No. 9 vs. No. 10 in the team rankings, the dual started like it was going to be a tight set of matches.

The Cowboys didn’t keep the 6-0 lead Piccininni gave them all that long. In the next match, No. 6 Micky Phillippi of Pitt pinned Reece Witcraft. Witcraft didn’t go quietly, though. The freshman from Broken Arrow built up a 7-0 lead on the No. 6 wrestler in the weightclass before getting taken down and pinned.

There were three matches that were either unranked vs. unranked or ranked vs. ranked, and in those could-be swing matches, OSU was 3-0.

Those bouts started at 141 when Dusty Hone picked up a 7-1 decision against Cole Matthews. Then at 157 Wyatt Sheets beat Taleb Rahmani 9-8 thanks to a riding time point.

The match at 165 pounds was the first (and only) ranked vs. ranked bout of the evening. It saw No. 9 Travis Wittlake beat No. 11 Jake Wentzel 9-2. After a scoreless first period, Wentzel took a 1-0 lead with an escape at the start of the second. Not too long after, Wittlake took his opponent down, put him on his back and had to be millimeters from a pin.

The Cowboys seem to be gaining some speed here as their dual schedule ramps up. After crushing the Mountaineers 37-9 on Friday night, Saturday’s dual was supposed to be a lot closer than it was.