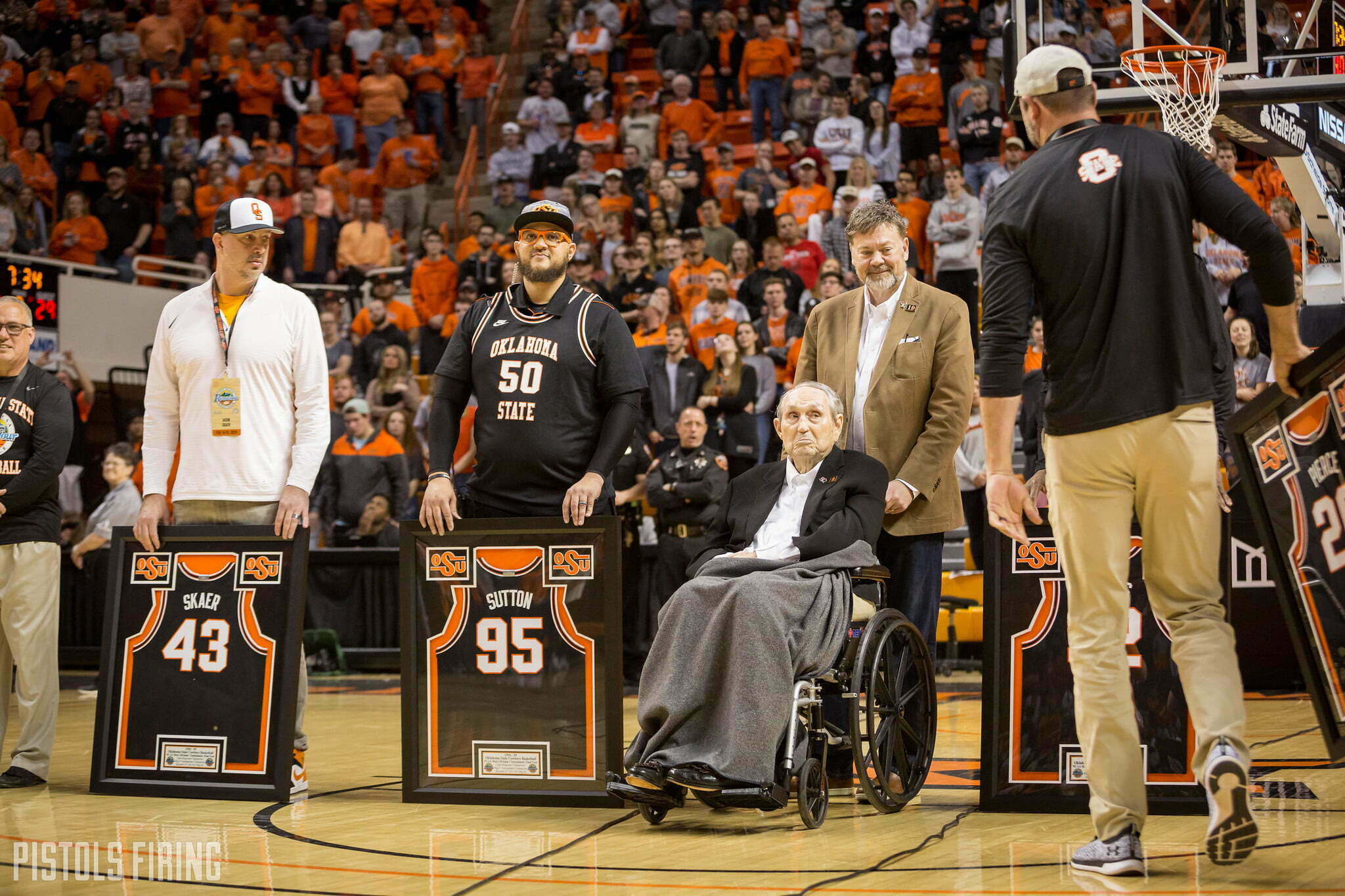 Eddie Sutton only coached two Cowboy teams in 16 seasons who finished with a win percentage below 63 percent, and Sutton had none below 50 percent.

Sutton’s passing at 84 on Saturday night had me looking through Sutton’s squads, and that leads us here: his best Oklahoma State squads in terms of win percentage.

Sutton’s best Cowboy teams are up for interpretation, so I decided to go with something a little more concrete with the win percentage caveat. Sutton’s teams were so consistently good that OSU’s 1995 Final Four team isn’t even on this list.

OSU’s most recent Final Four team was Sutton’s most dominant.

The Pokes entered their Final Four matchup with Georgia Tech on a 10-game win streak that started at the end of the regular season, went through the conference tournament and then through four NCAA Tournament games.

The Cowboys were 9-1 against ranked foes that season with their only loss being that Final Four game. The Cowboys didn’t lose a game in GIA that entire season.

Four seasons before that Final Four campaign, Sutton’s Pokes made the Elite Eight with their 1999-2000 squad.

The Cowboys didn’t lose their first game that season until Dec. 30. OSU finished 12-4 in a tight conference race that actually saw them get the fourth seed in the Big 12 Tournament. After beating Kansas in the quarterfinals of that tournament, the Pokes lost to eventual champion Iowa State in the semis.

OSU got a three seed in the NCAA Tournament and beat Hofstra, Pepperdine and Seton Hall before falling to Florida in the Elite Eight.

The Cowboys didn’t drop off too much after their Final Four appearance in 2004.

After not losing in GIA at all during the 2003-04 season, OSU didn’t lose at home until the regular season finale of the 04-05 campaign.

OSU got a No. 2 seed in the Big Dance and got to play rounds No. 1 and 2 in Oklahoma City. The Pokes beat Southeastern Louisiana and Southern Illinois in the NCAA Tournament before falling to Arizona by a point in the Sweet 16.

The Cowboys started the year 20-0. That win streak included the NIT Season Tip-Off, and it wasn’t until Feb. 5 when the Cowboys would finally lose a game.

The Cowboys went on to get a No. 2 seed in the NCAA Tournament and made it to the Sweet 16 after wins against Georgia Southern and Tulane in Atlanta.

OSU was 11-0 before finally losing to Nebraska on Jan. 7. The Cowboys finished the conference season 11-5.

Entering the NCAA Tournament with a 21-6 record, the Pokes got a No. 8 seed. The Cowboys beat George Washington before falling to Duke 79-73 in the second round.