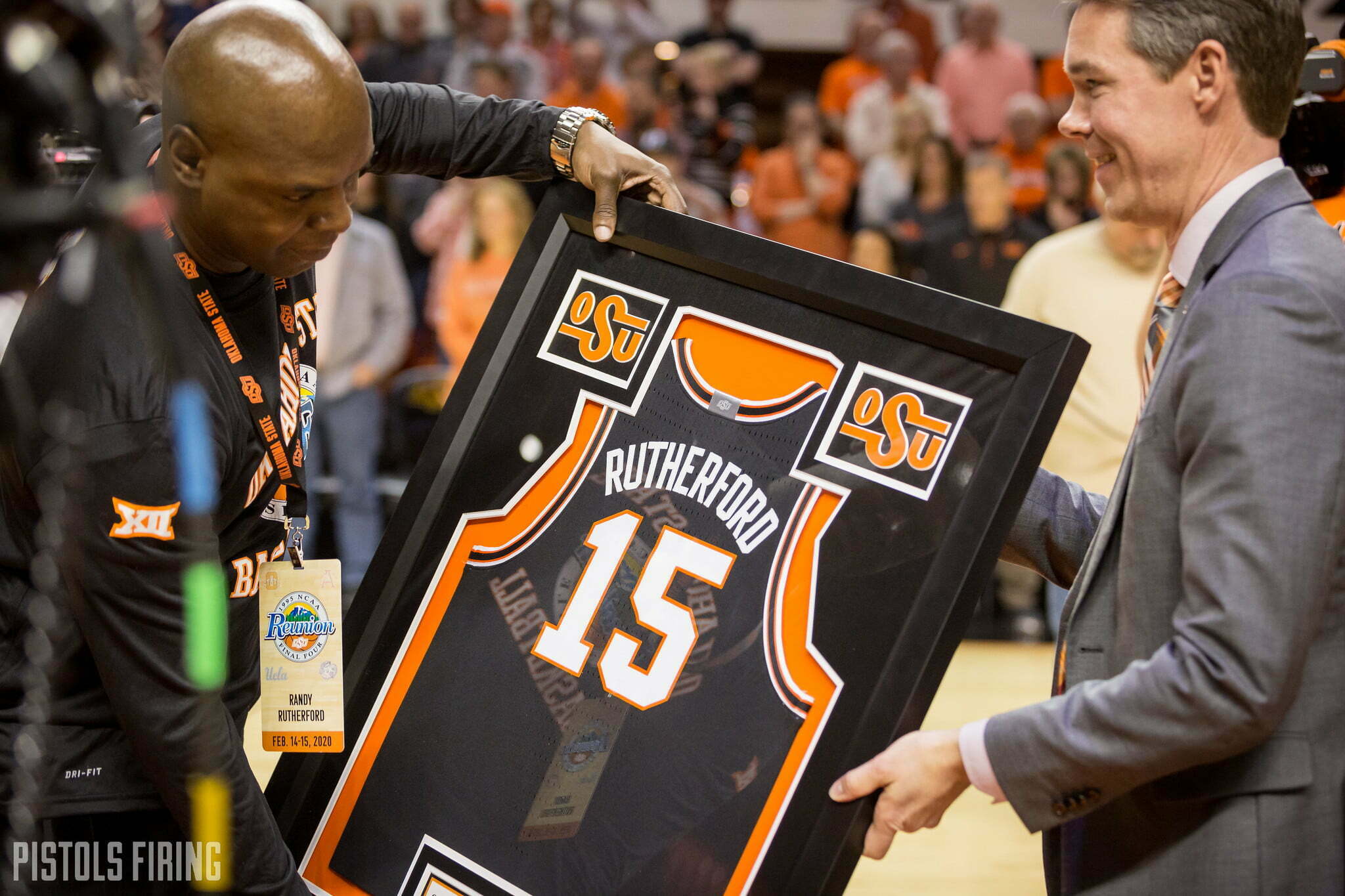 In order to not repeat the same names over and over again, we’ll pivot from football for a bit and take a look at some basketball records for the next few days.

Oklahoma State’s basketball program was built on defense, but there have been plenty of guys capable of filling it up in Stillwater since the program’s first season in 1907-08. (Fun fact: Oklahoma A&M’s first game was a 13-9 win at Oklahoma City in 1907). Today we’ll look at the highest individual game totals in program history.

Perhaps the greatest basketball player to ever play in Stillwater, Kurland dominated against Missouri Valley Conference foe St. Louis in 1946.

Kurland, a three-time first-team All-American, dropped 58 against St. Louis, as the Aggies thumped their opponents 86-33.  That means Kurland outscored St. Louis by 25 by himself.

Kurland and the Aggies would go on to win their second national championship in as many seasons that year, finishing the season with a 31-2 record.

Randy Rutherford hit 11 3-pointers in Phog Allen Fieldhouse, tied for the most makes from any player in the building.

Unfortunately for the Cowboys, Rutherford didn’t have a ton of help that particular night. OSU fell to the Jayhawks 78-62 that day, but the Cowboys bounced back to make the Final Four that season and finished with a 27-10 record.

Evans, who was just a freshman, made 18 of his 31 attempts and shot just five free throws in the game. His 42 points were obviously a team high, as were his seven rebounds and six assists.

The game came down to a buzzer-beating 3-point attempt from Jeffery Carroll that banked off the glass, whipped around the rim and popped out.

Evans set an OSU freshman record that night. Eventual national Player of the Year Buddy Hield scored 26 for OU but also had 10 turnovers.

Clark dropped 42 on Colorado in a game Oklahoma State won 66-51. It was the second-to-last game of OSU’s season. OSU finished that year just 11-14, but Clark received his second All-American selection in as many seasons.

In the first season of the Paul Hansen era of OSU hoops, Ed Odom scored 41 against the school that would be renamed to UT-Rio Grande Valley, but the Cowboys stunk that year and lost that game 91-82.