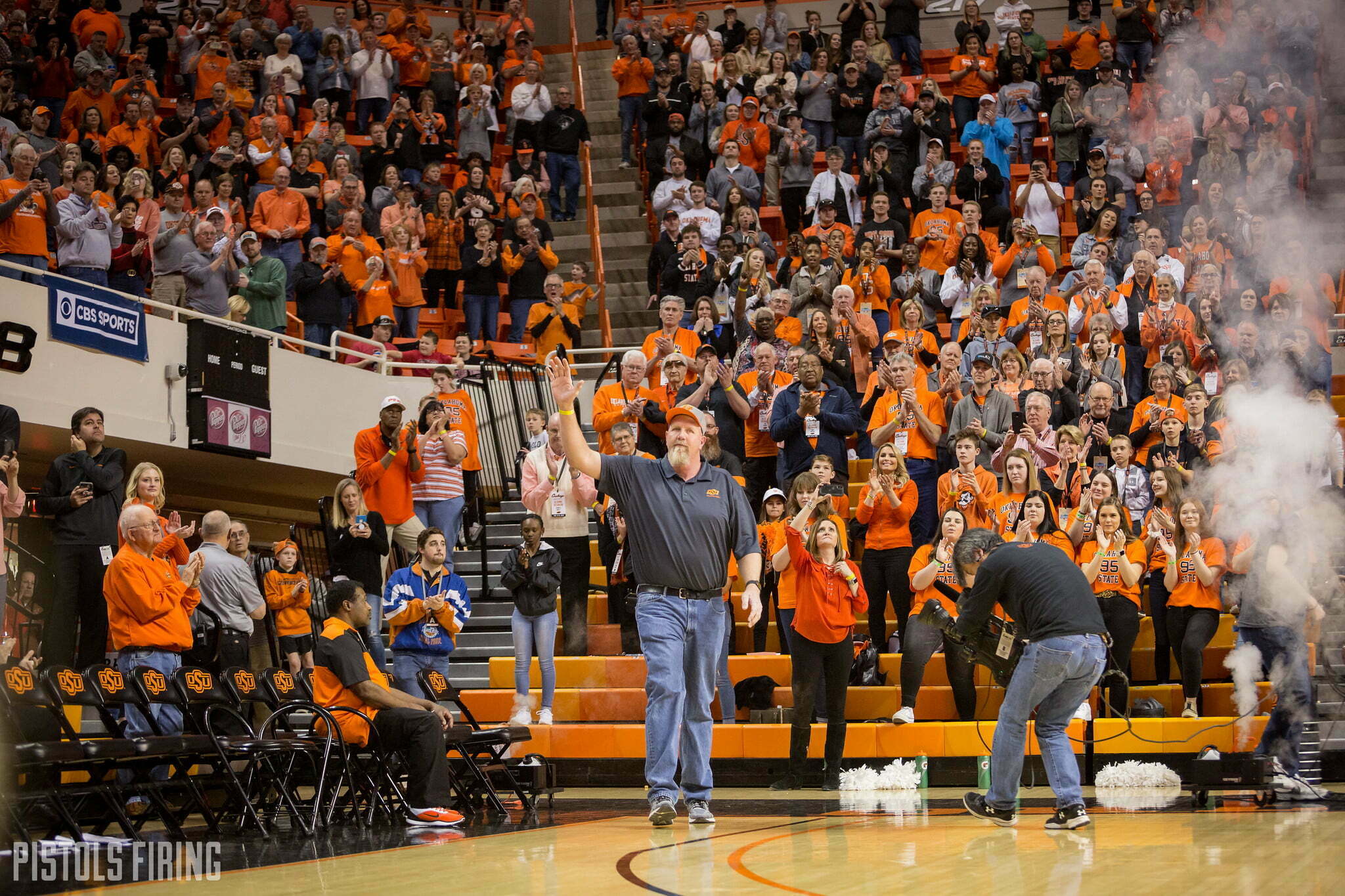 Most of the top players are just in the college ranks for a year or two before jetting to the NBA. It makes it more and more unlikely that career scoring records will be reached. But today we’ll look at OSU’s all-time leaders in scoring.

A three-time All-American, Byron Houston averaged 18.7 points a game in his OSU career, with his best scoring season coming as a junior when he averaged 22.7 in the first 32 games of the Eddie Sutton era.

Despite being just 6-foot-5, Houston also holds the program record in career rebounds with 1,189.

Houston was the Big Eight Player of the Year in 1991 and a three-time All-Big Eight first team selection. The Chicago Bulls took Houston 27th in the 1992 NBA Draft.

In Houston’s senior season, there was a freshman from Gans, America on the team in Bryant Reeves, who would also go on to become a three-time All-American.

Reeves scored 797 points as a senior, the most of any Cowboy in a season in program history.

Reeves was a two-time Big Eight Player of the Year and a three-time Big Eight first team selection. The Vancouver Grizzlies took Reeves sixth overall in the 1995 NBA Draft.

Perhaps the most underrated Cowboy ever, the original Adrian Peterson averaged double figures in all four of his seasons in Stillwater, averaging 17.7 points a game as a junior and senior.

Peterson was an All-Big 12 first team selection as a senior.

The No. 8 recruit in the 2011 class, Le’Bryan Nash came to Stillwater in what was supposed to be a one- or two-year stay, but after four years, he climbed into the top five in program history in points.

Nash’s career-high came against West Virginia in 2014 when he dropped 29 on the Mountaineers in a win.

Nash was the Big 12 Freshman of the Year in 2012 after averaging 13.3 points a game in his first 28 games of college basketball.

The 2010 Big 12 Player of the Year, James Anderson rounds out this list and does so having only played three seasons.

Anderson averaged 17.9 points a game over his three seasons. He averaged 22.3 as a junior on his way to a first-team All-American selection. He had five 30-point games that season.

The San Antonio Spurs took Anderson with the 20th pick of the 2010 NBA Draft.