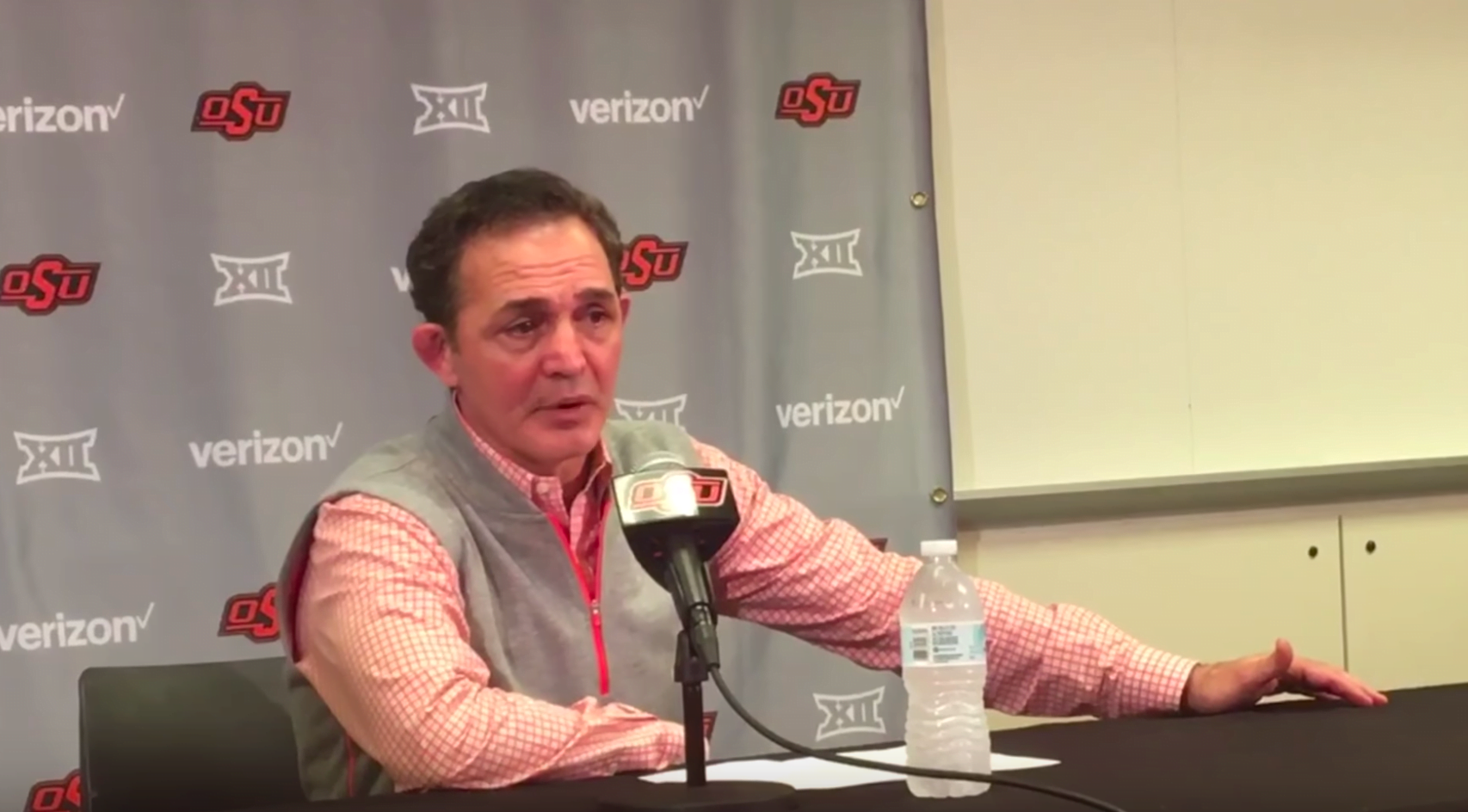 There were people in the stairwells two, three and sometimes four rows deep.

With one swing of Kyle Crutchmer’s arm, almost every soul in Gallagher-Iba Arena rose and screamed in unison. But after Preston Weigel’s 4-3 clinching loss in the 27-13 defeat against Penn State on Sunday, GIA was almost bare.

“At the beginning of the dual, it was great,” 141-pounder Dean Heil said. “You get out, you see all the fans. You see all your supporters, family, friends, everybody just come out, and it was awesome. By the end of the dual, it was kind of upsetting. You go out, and your team doesn’t perform, and you feel like you let them down.

“Half this arena was gone by the beginning of the heavyweight dual, so that’s kind of upsetting.”

The dual between the nation’s No. 1 and No. 2 wrestling teams was hyped to the nth degree and for good reason. FloWrestling even put out a spoof video in anticipation of it.

Looks like we've got ourselves a little situation here… pic.twitter.com/1WhbKLORFu

OSU football coach Mike Gundy wore a singlet for it.

And everyone and their mother apparently watched it because FloWrestling, which was the only outlet to provide live video, crashed because of the volume of viewers to their site.

People showed up. A lot of people. Like, a lot a lot.

So many people showed up, there is room for negative thought because the result wasn’t as Heil wanted, but coach John Smith said Sunday night was just like the, “good ol’ days.”

“It didn’t blow my mind, I was excited,” Smith said. “I’ve been waiting for that opportunity to pack the house.”

The record crowd topped the sellout that packed GIA literally the night before.

“I wish we could have delivered a little bit more, but I wouldn’t give up on this team,” Smith said. “This is a team that’s learning.”

Smith said Sunday night said a lot of good things for the sport. He said, in his 25th season as coach, he has been around long enough to hear about the arena packing in, and this year, he was proud of the crowds his team drew.

“I’d like to throw some of those good ol’ days back at the older wrestlers,” Smith said. “… That’s cool. I wish we could have delivered a little bit more for ’em.”