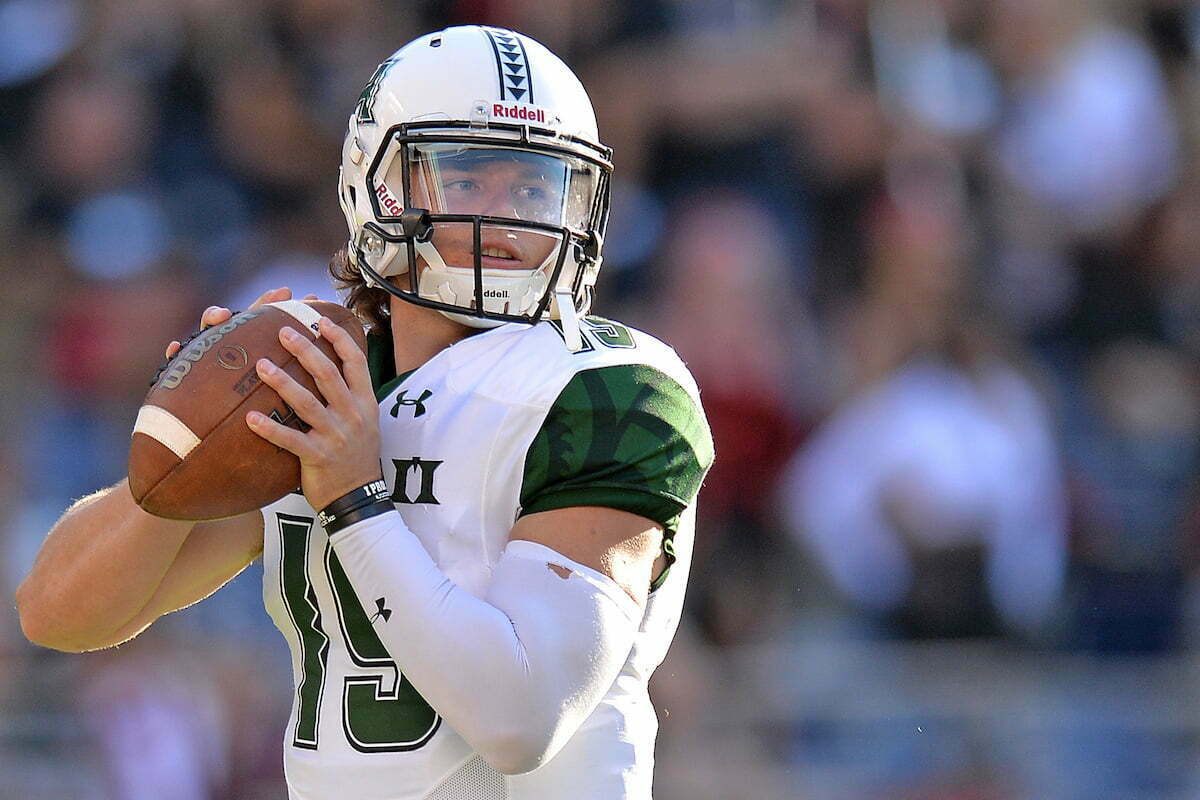 Kyle Porter’s always entertaining weekly mailbag inspired me this week to create my own poor man’s version to address (what else?!) recruiting-related topics.

Porter already had a few questions loaded up from our email chain so I’ll unload the clip from there this week, but if you want to discuss your crootin’ related question moving forward in the mailbag, find me on the Twitter and ask away.

Reader Q: Grad Transfer Dru Brown committed February 3rd, and Grant Gunnell decommitted from A&M February 13th. Do you think there is any correlation between these dates and the sudden trend in Gunnell’s recruitment toward an OSU lean? Maybe a plan where Brown would start, Sanders redshirts, and Gunnell and Sanders battle it out as freshmen for the 2019 season? It seems like an extremely interesting idea from a coaching and recruiting standpoint.

Boone: I would say there is absolutely no correlation with Dru Brown committing and Gunnell de-committing. As crazy as it sounds, I think coaches evaluate situations on a week-by-week basis, so to say their plan might be to start Dru Brown and RS Sanders (although in theory would be nice) doesn’t make sense to me. I think two things are important to keep in mind here as it relates to the upcoming QB competition. 1) Sanders will have every opportunity to win the job as a freshman and 2) Coaches want talent. They aren’t going to settle for Jo Smo as a QB in 2019 just because they think they have their future QB in Spencer Sanders. If Gunnell wants to come, by all means they will take him and let the best man win the job.

Reader Q: Just wanted to put it out there that Tracin Wallace has been seen in the WR group pics and practices with the receivers. So maybe safe to say he’s a WR now??

Boone: I’ve got no inside scoopage on where Tracin is playing, but I think receiver is probably his best fit. He was a stellar QB in high school when healthy, but two ACL tears coupled with a totally crowded QB room was almost always going to push him to a different position.

I was under the impression that, coming in, he might try his hand on the defensive side of the ball. But he played a lot of scout team QB as a freshman, which indicates he’s still a mobile, athletic freak who could make an impact on offense. And with his twin, Tylan, set to make a big leap at WR in 2018, I think it’s a win-win situation that he can try and crack the rotation alongside his brother.

Reader Q from Kurt: Where do you see the ’19 class ending up rankings wise? I’m thinking if we get D Hill and Gunnell then other big names will follow and it could be top 15.

Boone: I drank all the Kool-Aid in my predictions post for the 2019 class last week, but I still think a top 15 class is probably a bit farfetched to expect for Oklahoma State.

Since 2005 under Gundy, OSU has only finished top 20 once — that was 2006, a class with four-stars Alex Cate (!!), Perrish Cox, Derek Burton, Terrance Anderson and Ugo Chinasa. Never in any other recruiting class has OSU landed more than five four-star players, and even if OSU lands Gunnell, Dax, Demariyon Houston and hangs on to Boomer, the staff would still have to grab at least two more four/five-stars.

It’s not entirely impossible (and if Dax committed, he’d boost OSU’s standing with his five-star rank), but I tend to think that OSU — which typically starts fast but fades back to middle of the Big 12 by signing day — will likely do much of the same. I would guess they finish around 25th nationally by signing day.

Just for reference, the No. 15 class in 2018 was LSU. And the Tigers reeled in one five-star and 12 (!!) four-stars. If Gundy goes from middle of the pack in the Big 12 to a class like that, he’d be next on the FBI’s investigation list into bribery within the NCAA. I just don’t see OSU finishing with that good a class … maybe ever.

Reader Q from Zac Harlow: What’s the chances we don’t see Yurcich after next year with all the coaching changes you see year to year and will he really prove his worth with JAMES AND MASON.

Boone: If Yurcich isn’t bolting for a head coaching gig after last year he created the blueprint for a top 2 offense in the NCAA behind Nos. 2 and 28, my guess is he won’t have many calls after this upcoming year. The offense is almost certainly going to take a step back. But if he lands Grant Gunnell one cycle after landing Spencer Sanders, schools will probably take notice, so ….

My guess is he stays and leaves when Spencer Sanders graduates. He and Sanders are tight, and he’s smart enough to know that his blue-chip QB recruit might be something special.

Boone: No change on that front. OSU is still the favorite. But Illinois and Brad Underwood’s staff continues to make a strong push, as does Texas, South Carolina, Clemson and others. There’s a lot of options he’s sifting through, and he’s still far from a final decision.

Reader Q from Pat: Any updates on the basketball front. Any chance they try to hit the grad transfer market again?

Boone: No updates, but right now OSU’s staff is still working hard with Courtney Ramey, the four-star PG from Saint Louis. I do believe the staff is also willing to add to its frontcourt, potentially with a small forward to go alongside Yor Anei and Duncan Demuth, and a shooting guard would be welcomed, too.

Right now it’s too early to tell where things stand with their targets, but if Robert Braswell or Ramey fall through, Amir Harris is a potential option to fill a spot. The grad transfer market will really take shape after the season ends.

If you don’t see your question, I’ll try to get to it on the Reload podcast later this week. So stay tuned.