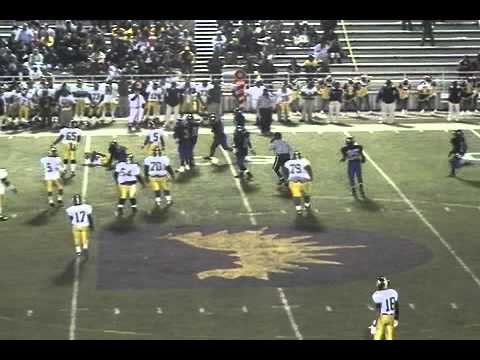 I love these names that are combinations of other names we’ve come across in our time watching sports. When I think LaDarrell McNeil I think LaDainian Tomlinson, Darrell Arthur, and Reggie McNeal and then because of the association I immediately think he has to be the best [fill in position] since [fill in OSU player who was good at that position].

McNeil is actually a safety out of Dallas. He’s the #5 safety in the country (Rivals) and the #16 player in Texas (which is like being the #2-#3 player in every other state save California, Florida, Georgia, Alabama, Oklahoma, New Jersey, and Pennsylvania).

He chose Tennessee on Monday over Texas A&M and Oklahoma State saying, “I wanted to get it out of the way when I knew I was for sure. I have known for a couple of weeks Tennessee was where I wanted to go and I just now want to focus on playing ball my senior year.”

This makes the second recruit in the last month who has spurned A&M and OSU for Tennessee. As my wife wisely pointed out though (and I can’t believe I’ve reached the point in my life where my wife is weighing in on 4-star safeties out of Texas) we can’t be excited when high schoolers switch from high-powered SEC schools to Stillwater and call it unfair when it’s the other way around.

Oh, and it sucks too because McNeil can SMASH.