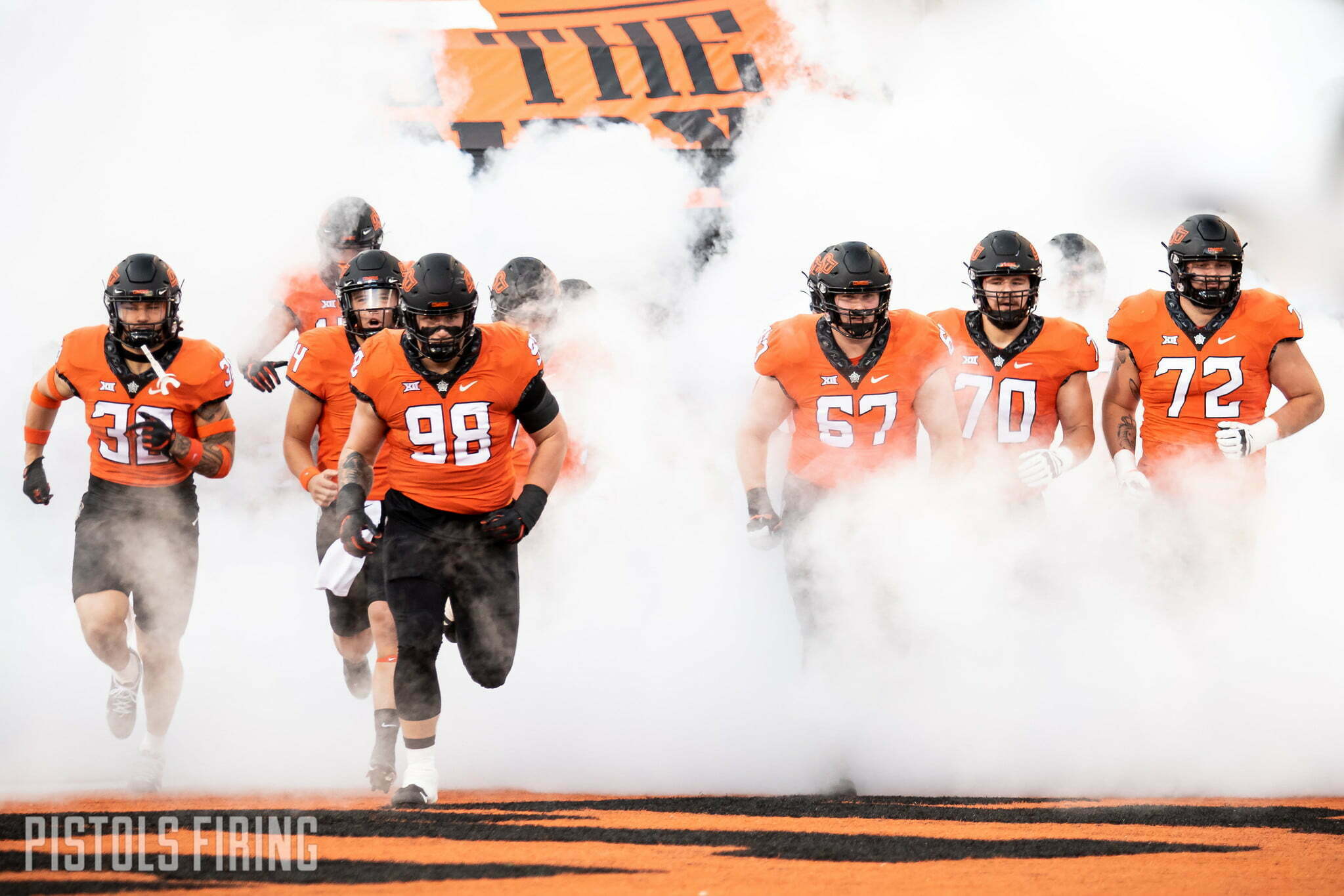 OSU coaches have been hitting the recruiting trail hard since the end of spring practice and have gained three commitments for the 2023 class alone in the last month.

This week, Mike Gundy’s staff doled out a handful of offers, one for 2023 and a trio of intriguing 2024 prospects, including a pair of teammates. Here’s the rundown.

Here’s a rundown with the latest.

Parker is a dynamic and athletic talent from Lovejoy High School in Lucas, Texas. He’s considered a three-star prospect according to 247Sports and the No. 84 wide receiver according to its Composite ranking. The Cowboys extended Parker an offer on Wednesday.

The 5-foot-10, 175-pounder reeled in 47 catches as a junior last season for 790 yards and 11 touchdowns. Those numbers, and his abilities as a lethal return man, helped earn him Texas District 7-5A D-II First-Team honors. Parker shows off his speed on the track, as well. He logged a 10.89 in the 100 meter this spring and also competed in the long jump in 2021.

A look at his film highlights those tangible skills as well as his abilities as a homerun threat.

Being still an underclassmen, he’s yet to receive a composite ranking, but that’s a five-star name.

OSU is the latest to offer Legend Journey, a 6-foot-2, 250-pound defensive lineman hailing from Mansfield Summit in Arlington, Texas. The Cowboys join the likes of Ole Miss, Texas Tech and Houston competing for the productive sophomore’s services.

There’s more than just a plethora of pun name possibilities that gets me excited about Journey. As a sophomore, he amassed 72 tackles, 29 tackles for loss and nine sacks. He also forced two fumbles. He plays like a grown man among boys. Expect that offer sheet to continue growing and his star will continue to rise.

Have a peek at his sophomore highlights.

The Cowboys extended an offer to Journey’s teammate, Kyland Reed this week, one of four schools to come calling in May. OSU was his first Power 5 offer, followed by Vanderbilt a day later. His offer sheet also includes Tulsa, UAB and UTSA.

Mansfield Summit coaches took advantage of Reed’s physical gifts and versatility last season. He lined up both as an outside linebacker and defensive end. The Cowboys would love to make a package deal for both of defensive playmakers.

Take a look at his sophomore highlights.

OSU offered Rodgers on Monday, joining a trio of Big 12 schools to come knocking in a week. Texas Tech was his first offer on May 3, followed by Baylor on May 6.

Rodgers is a 5-foot-9, 165-pound cornerback from Kimball High School in Dallas. As a sophomore he logged 20 tackles, a pass breakup and two interceptions. Early in his career — and in just a small sample size — Rodgers has a knack for finding the ball and then doing something with it. He had both a returned fumble touchdown and a returned interception touchdown last season.

You can see both plays, as well as his closing speed and cover skills in his sophomore highlights.