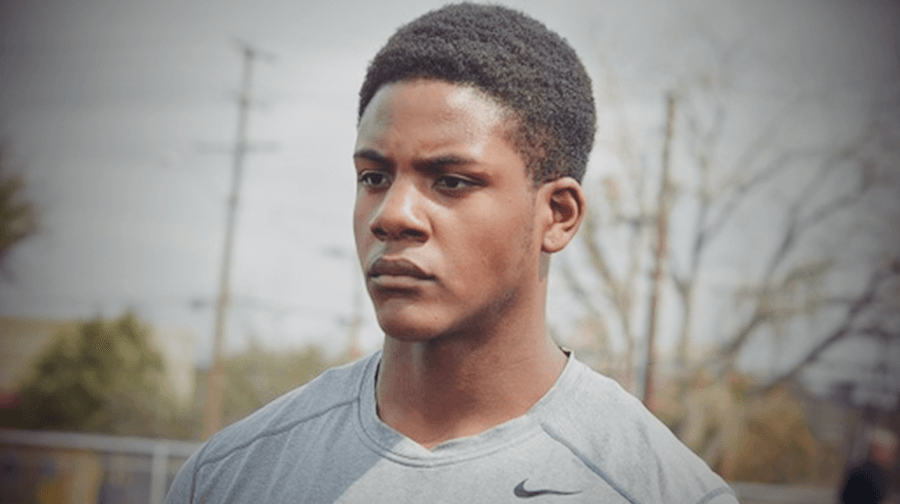 We’re going to start taking a better look at which recruits OSU is targeting and hoping to get for next season. First up, a look at a former Baylor commit and who Nick Starkel wants to bring with him.

Dickson is a former Baylor commit who recently named the Cowboys in his top six school options. A good sign when you consider he already follow Dez Bryant in one aspect: his touchdown celebrations.

Duvernay is a four-star wide receiver with nearly 40 scholarship offers. From Sachse, Texas, Duvernay could slide into the slot or be a legitimate home-run threat. Brandon Huffman of scout.com asked quarterback commit Nick Starkel which guys he was trying to recruit to OSU, and Starkel’s response was simple: “Right now, Devin Duvernay is a huge target.”

Starkel’s next comment was also intriguing. He mentions that he is also trying to get OSU to offer his slot receiver Justus Lee, an under-the-radar recruit who has formed great chemistry with his QB. It will be interesting to follow and see if the Cowboys take the hint from Starkel and take a look at Lee.

It seems pretty clear the tight end is making a comeback in Stillwater, which gives the Cowboys as good a chance as any at the three-star prospect from Knoxville, Tennessee. Cowboy backs (tight end) coach Jason McEndoo and company have an uphill battle to try and fend off the hometown Volunteers, who appear to be high on his list.

Bundage is a four-star safety from Edmond Sante Fe, and one of the top recruits in the state of Oklahoma. At 6-foot-3, Bundage is a lengthy safety who many recruiting experts believe will be choosing between OU and OSU. OSU offered back in November, so the Cowboys have been in on him since the beginning.

Blessed to announce that I have received my 3rd offer from Oklahoma state University #Gopokes ?? pic.twitter.com/cWIJC7HvWk

Bundage has made several trips to Stillwater, but with more than 14 offers already, there is a good chance the Cowboys will be in a recruiting battle with more teams than just OU.

Kelly is a five-star prospect with more scholarship offers than my age. Geographically, the Cowboys are in a good position to attract interest from Kelly. From Wichita, KS, Kelly recently made a visit to Stillwater and Norman in the same week. There’s stiff competition for Kelly, who also has offers from Alabama, Michigan, Clemson and Florida State, to name a few.

Tanielu is a bruising lineman from Snow College, with a similar build to former defensive tackle Ofa Hautau. This is a guy I am rooting for. Who wouldn’t you want to hear Dave Hunziker announcing “HANDSOME TANIELU WITH THE SACK!?” An OU fan. That’s who. Check out his highlights here.

My Heavenly Father continues to Bless me with opportunities to fulfill my dreams. #JustDoIt #TCU #94 pic.twitter.com/CgueaZzX1d

Summer is a slow time in the recruiting season, but when fall camp rolls around I would expect several of the recruits on the radar for the Pokes to start narrowing down their decisions before signing day.