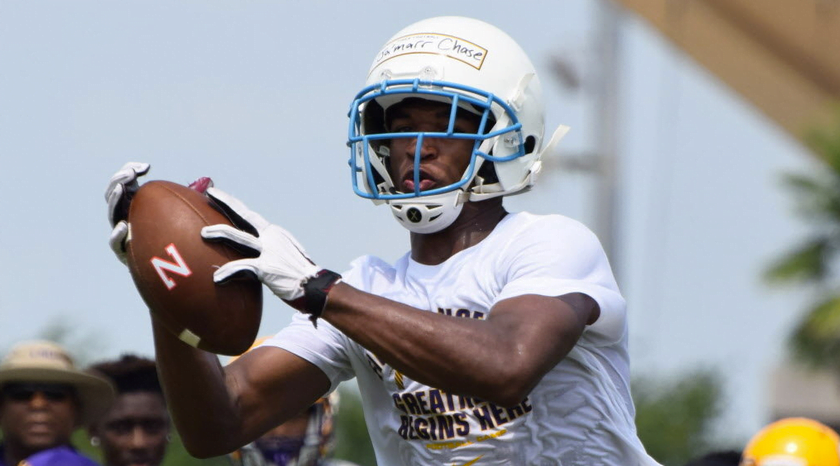 Oklahoma State coaches have continued to pound the recruiting trail with offers to 2018 prospects and beyond. With national signing day in the rearview, the sole focus is on the future.

In the past week, it has been offers galore for 2018 wide receivers. Here are the three latest offers.

2018 wide receiver JaMarr Chase picked up an Oklahoma State offer, then pulled a shocker by committing to the Kansas Jayhawks on Saturday. The four-star prospect from Metairie, Louisiana, picked KU over offers from Arkansas, Indiana, Ole Miss, TCU, Tennessee and Texas Tech. It will be interesting to see if this commitment sticks.

Another offer to a four-star receiver, this one to a more local prospect out of Cy Creek in the Houston area. Miles Battle, who has garnered offers from Baylor, Oregon State, Wisconsin, Auburn and Arkansas just in January, will likely continue to blow up. At 6-foot-4 he will be a national recruit with his leaping ability and athleticism.

Yep, another wideout target. Keys, a 5-foot-11 speedster from New Orleans, is a prospect with more than 20 Division I offers whose most recent includes Oklahoma State along with OU, TCU and Virginia.

With OSU having success with New Orleans area kids, including early draft entree Vincent Taylor and Tyron Johnson, I’ll be curious to see how, or if, that presence impacts recruitment of Louisiana kids. Linebacker Kevin Henry is another notable Louisiana native with ties in the area that could impact Keys recruitment.