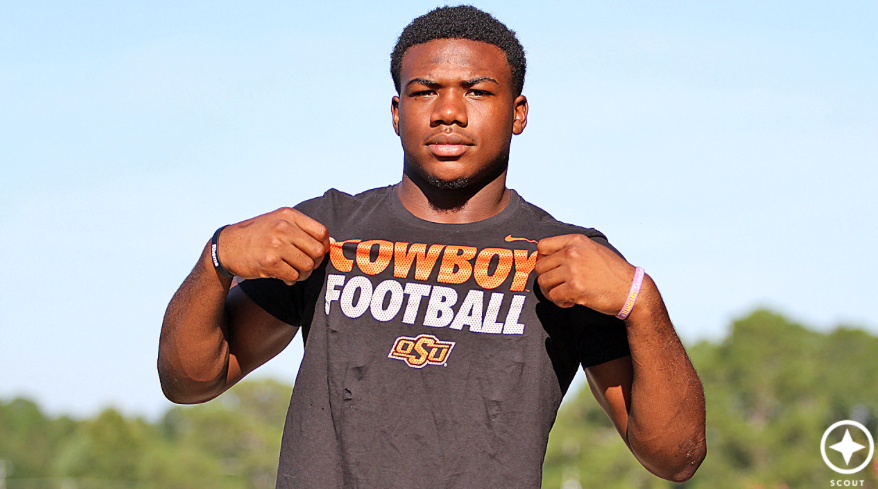 The Reload is PFB’s recruiting recap, catching you up to speed on the latest news and rumors surrounding Oklahoma State recruiting, with an ear to the ground for what to expect in the future.

2017 running back J.D. King recently talked with Scout about his commitment to OSU and more about his recruitment in a video. Check out what he had to say about all things OSU:

“It kind of just felt like home. They made me feel better than other teams made me feel. They talked about school work, living, they fixed up one of the dorms to make it feel like I was already there. So they made me feel like a priority and a big target.”

As far as Stillwater, he said he felt like home in the community. “It kind of felt like I’ve been there before but I hadn’t.” He tells Scout analyst Chad Simmons that he’s 100% locked in with OSU. And other schools are still coming after him, but he says he’s not giving them much time. Running backs coach Marcus Arroyo is King’s primary recruiter.

One of the biggest commitments no one is talking much about in the 2017 class, LaMarcus Morton, is committed to play safety for OSU but is still hearing from Arizona State and TCU on the recruiting trail.

After a 252-yard, 3 TD week 1 performance, he’s more than on the map and other schools may be pushing for him at receiver.

“(TCU and Arizona State) are both good schools,” Morton said recently about the two schools trying to steal his commitment. “And they both like to pass the ball a lot so it’d be appealing for any receiver to attend either of the schools.”

Morton is still committed but does say he may be interested in taking official visits elsewhere as well — TCU and AZ State likely to be two destinations.

WR Shamond Greenwood Hearing from Others, Appears Locked in with OSU

Me, Jelani Woods and the twins (Tylan and Tracin Wallace) are all trying to go to a game together,” he said. “I’m trying to make it to every home game that I can.”

Greenwood is locked in and although things are subject to change, he seems like he will stay solid on his pledge.

Five-star linebacker Anthony Hines of Plano Texas has set his commitment date and OSU remains in his final list of schools. Hines, the No. 1 linebacker in the country by Scout, will make his announcement on November 29th. Even with OSU technically in the mix, most 247 sports analyst have OU leading his recruitment: