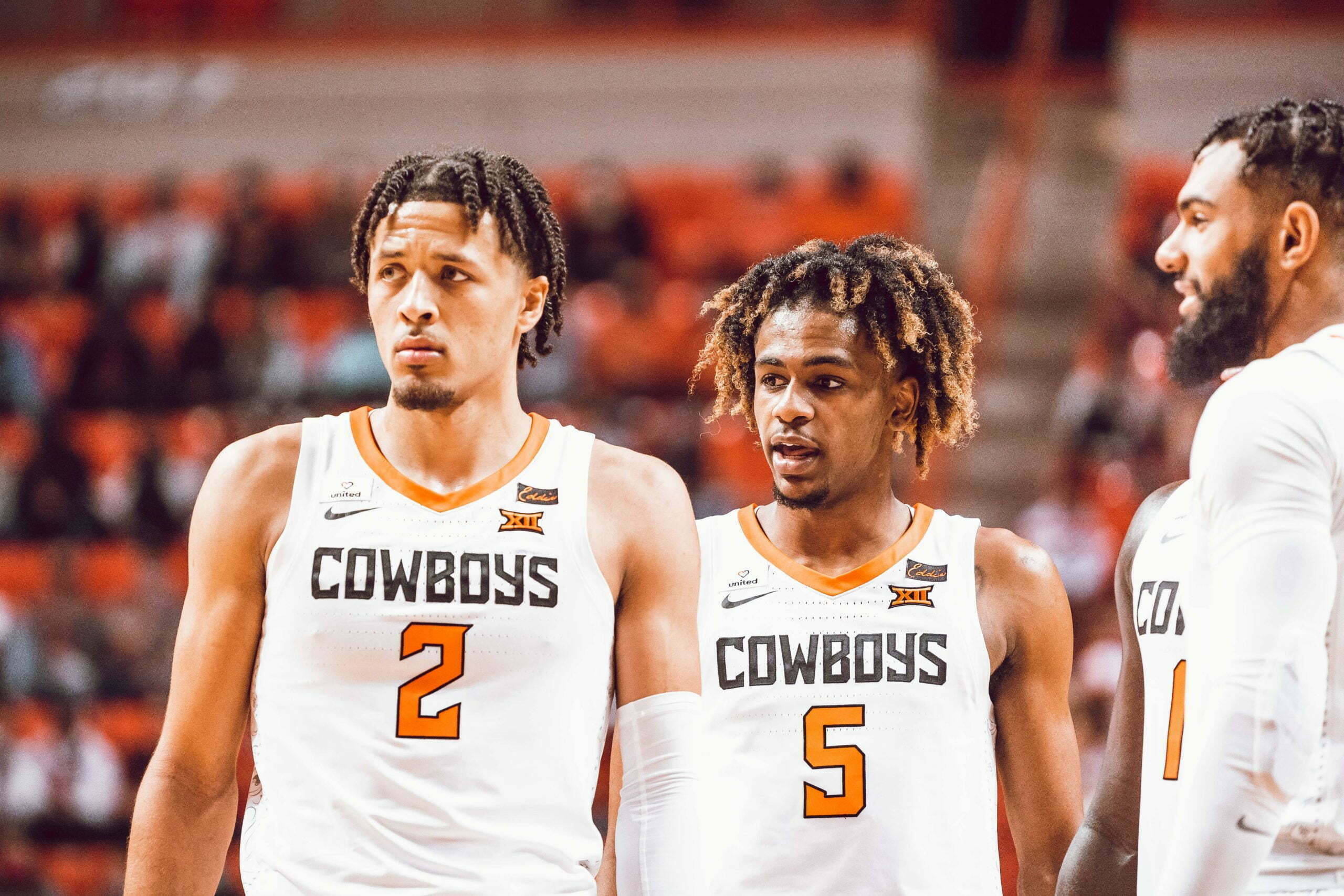 Mike Boynton made out like a bandit with the Class of 2020 Peach Jam champion Texas Titan AAU team.

Boynton got Cade Cunningham, Rondel Walker and Montreal Pena to Oklahoma State from that AAU squad, but a few other guys went elsewhere.

The Cowboys played against Mike Miles on Wednesday, Miles has already picked up a Big 12 Newcomer of the Week award and is averaging 13.5 points and 3.1 assists a game.

Sunday, the Pokes will face another former Titan in Greg Brown. Brown was the No. 9 player in the 2020 class and elected to stay in his hometown of Austin over offers from Kentucky, Kansas, Michigan, Auburn and others. OSU coach Mike Boynton said he also shot his shot in taking another Titan.

“We recruited Greg early,” Boynton said. “I did find out about his connection to the University of Texas early on, so you kind of recruit that kid with less optimism. But we took a swing. Then obviously when we recruited the other guys, it was worth at least trying to keep the iron hot a little bit. But I think at the end of the day, we kind of had a pretty good feel that that’s where he would end up. I think he made a good choice. He’s playing for a great coach at a great university.”

Brown’s ties to Texas extend well past being an Austin native. His mother, Tonya Wallace, was on the track team at Texas, and his father, Greg Brown II, played safety on the Longhorn football team from 1998-2000. He also had an uncle, Roderick Anderson, who played basketball at UT.

A 6-foot-9 forward, Brown has started all seven of the Horns’ games this season. He is averaging 10.9 points, 6.6 rebounds and 1.9 blocks a game. He might be the most athletic player in college basketball. He did this in his first college game:

The Cowboys will accept their haul of Titans, adding the No. 1 player in the 2020 class with a four-star standout from Oklahoma, but the careers of Cunningham, Walker, Pena, Brown and Miles will always be linked with what the group accomplished in the summer of 2019.

Walker, Miles and Pena will keep the tradition going next season, but this is probably the only season Cunningham and Brown will meet on a college basketball court. And it all starts Sunday.