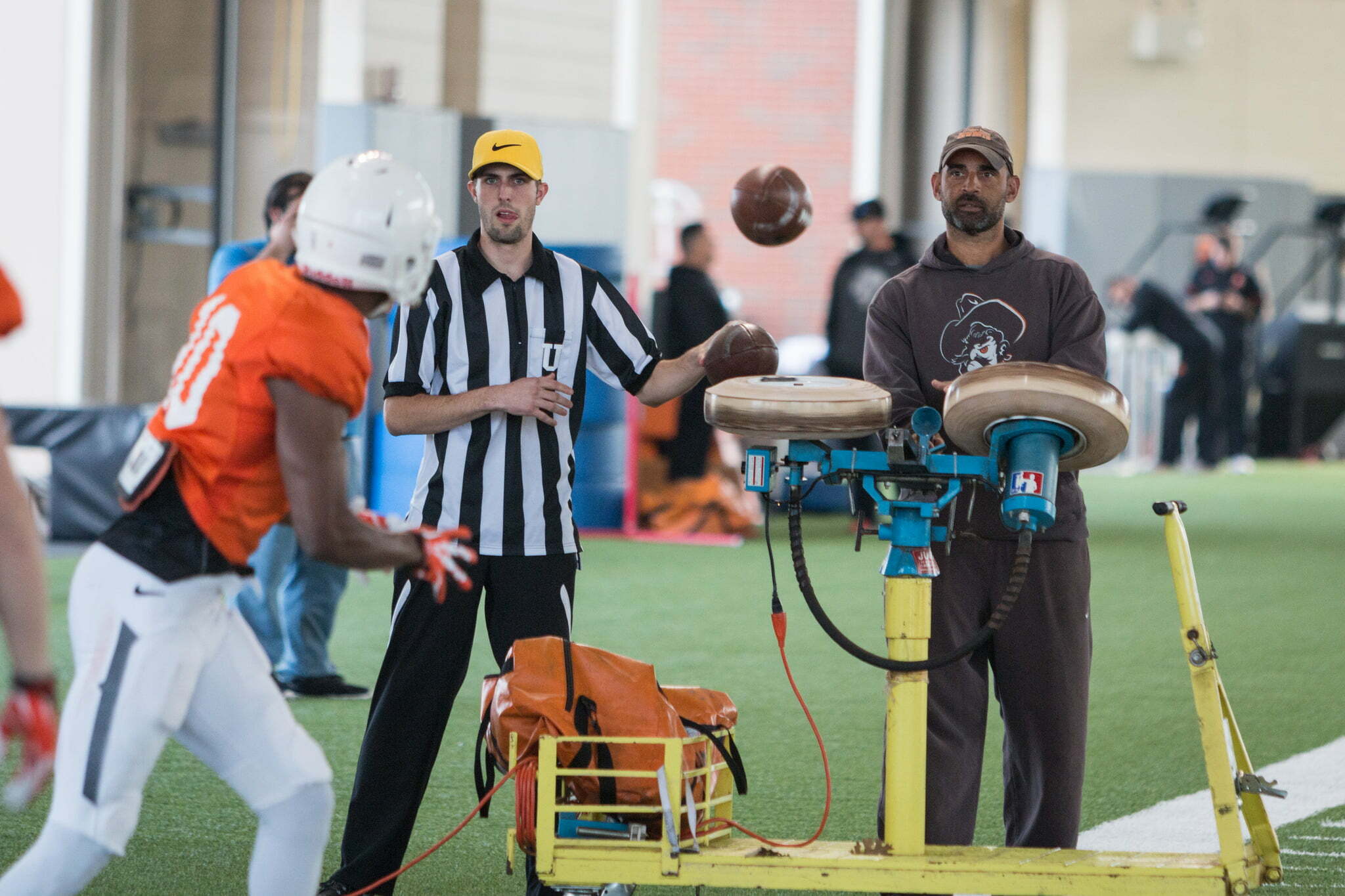 Oklahoma State wide receivers coach Kasey Dunn is among a group of candidates for the same job at Oregon, according to The Oregonian‘s James Crepea.

Dunn has been at OSU since 2011, and he has coached three Biletnikoff Award winners, including the past two. In 2017, 247Sports and Football Scoop named Dunn the Wide Receivers Coach of the Year.

Former OSU running backs coach Marcus Arroyo is the Ducks’ offensive coordinator. Arroyo was in Stillwater during the 2015 and 2016 seasons.

Dunn has spent time in the Northwest. He graduated from Idaho in 1992, where he was a three-time All-American, and he finished his career with school records in receptions, yards and touchdowns. At the end of his career, his 268 receptions and 3,847 yards ranked second in FCS history, only trailing Jerry Rice.

Oregon’s position opened after Michael Johnson left to be the receivers coach at Mississippi State. Other candidates in Crepea’s report include Texas Tech’s Jovon Bouknight and FIU’s Aubrey Hill.