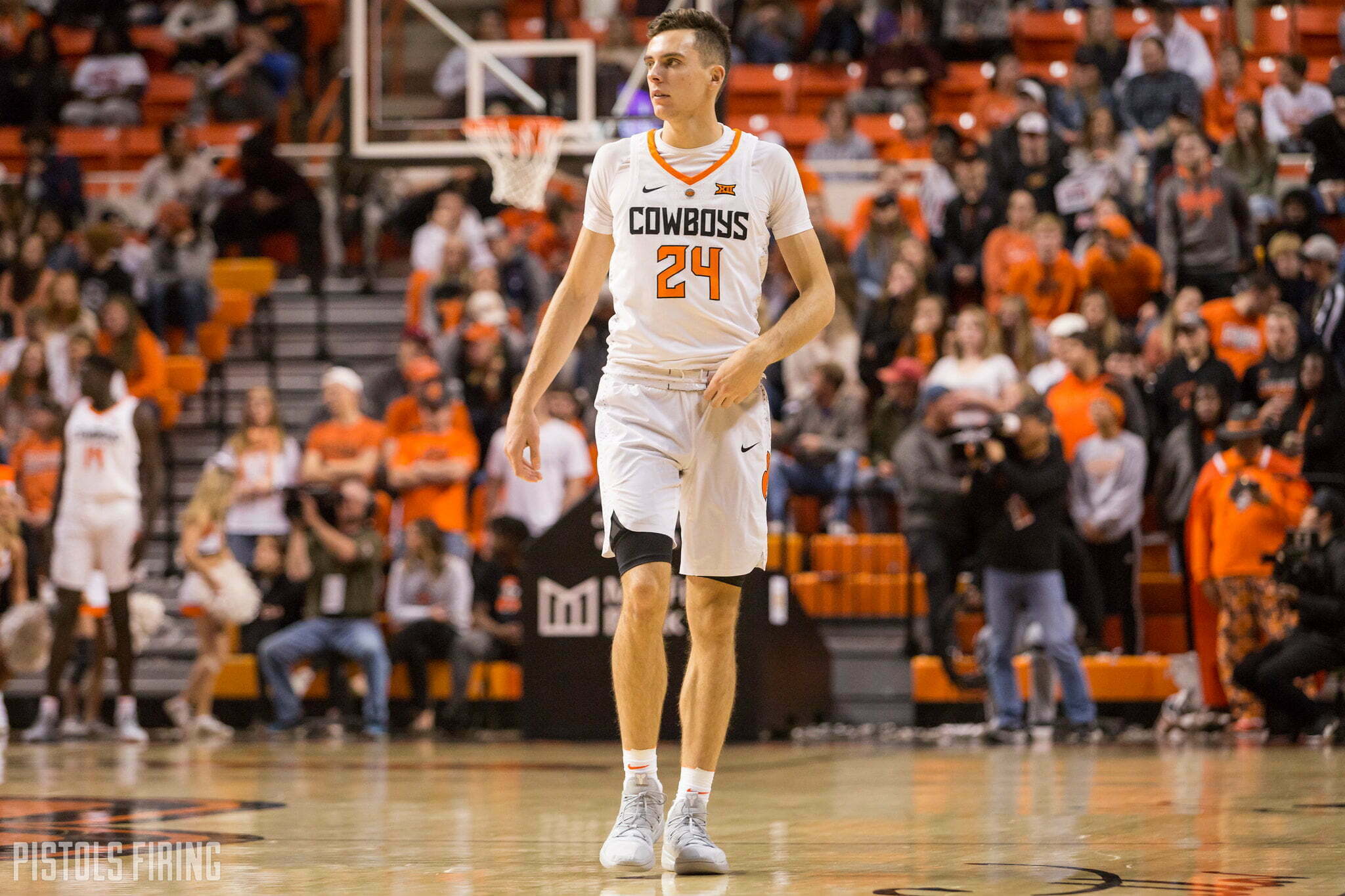 Major was arrested and charged with second-degree burglary on Dec. 11, according to The Oklahoman. He was released on a $5,000 bond and has an arraignment on Dec. 31. Major was on the OSU basketball team last season as a walk-on. He played in 13 games and scored 12 total points.

Watson has been suspended all season after a protective order was filed against him. The petitioner filled the order against Watson as a victim of rape. On Nov. 8, PFB broke the news that the Payne County District Attorney would not pursue criminal charges against Watson. Watson’s hearing for the emergency protective order is schedule for Jan. 17.

That all brings us here, as Major is a close friend and ex-boyfriend to the petitioner of the protective order, according the the police affidavit. The alleged burglary happened Oct. 21, days after the alleged incident involving the protective order, when Major allegedly stole items and vandalized Watson’s apartment. Major intended to “confront” Watson, according to the affidavit.

Police identified Major as a suspect because an electronic device associated with him was active on the WiFi near Watson’s apartment building, according to the affidavit. Major initially told police that he wasn’t in the area that night, but later admitted that he, his brother and his brother’s friend went to confront Watson about the situation.

Major told police his fingerprints would be found, but only because he entered and knocked on Watson’s door. Major also reportedly offered to pay for the damages, but did not admit to the vandalism.

On Dec. 6, and OSU police officer recommended a secondary burglary charge Major because he “admitted to making entry into Marcus’ unoccupied apartment,” and because “items were taken from inside the apartment.”