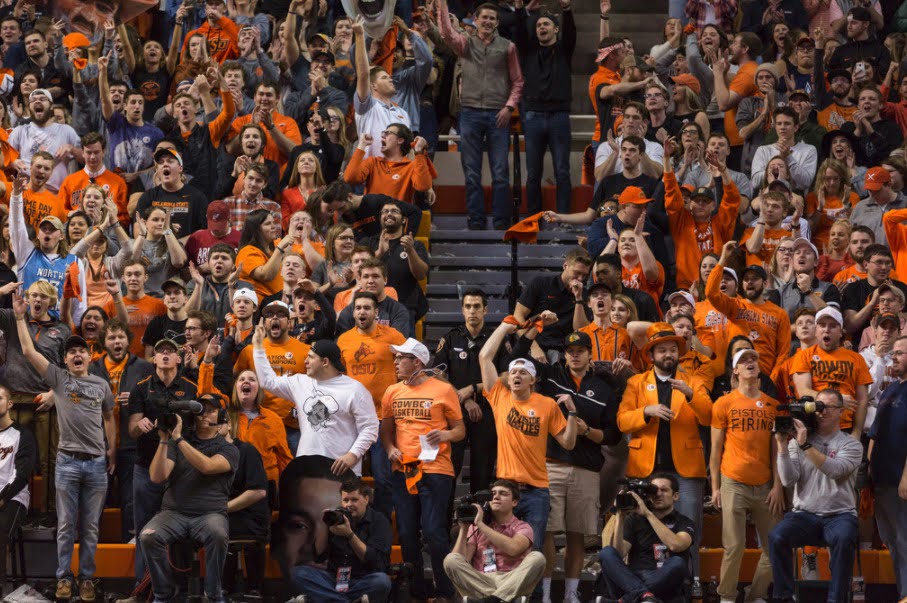 Well … this is not good.

Oklahoma State assistant basketball coach Lamont Evans was reportedly arrested by the FBI for his affiliation with what appears to be some sort of college hoops bribery scandal.

The Department of Justice released a 59-page document outlining the charges, and the United States Attorney’s Office for the Southern District of New York will hold a press conference at 11 a.m. today to talk about everything.

Based on some initial research, it appears that the scandal involves agents, shoe companies and players so it’s probably going to be both really ugly and really long-lasting. For example, here is one of the many excerpts from the document that mentions Evans’ name 286 times (Oklahoma State is University-3, CW-1 is a cooperating witness — could be an agent or a shoe rep, we don’t know, Sood is a financial rep). 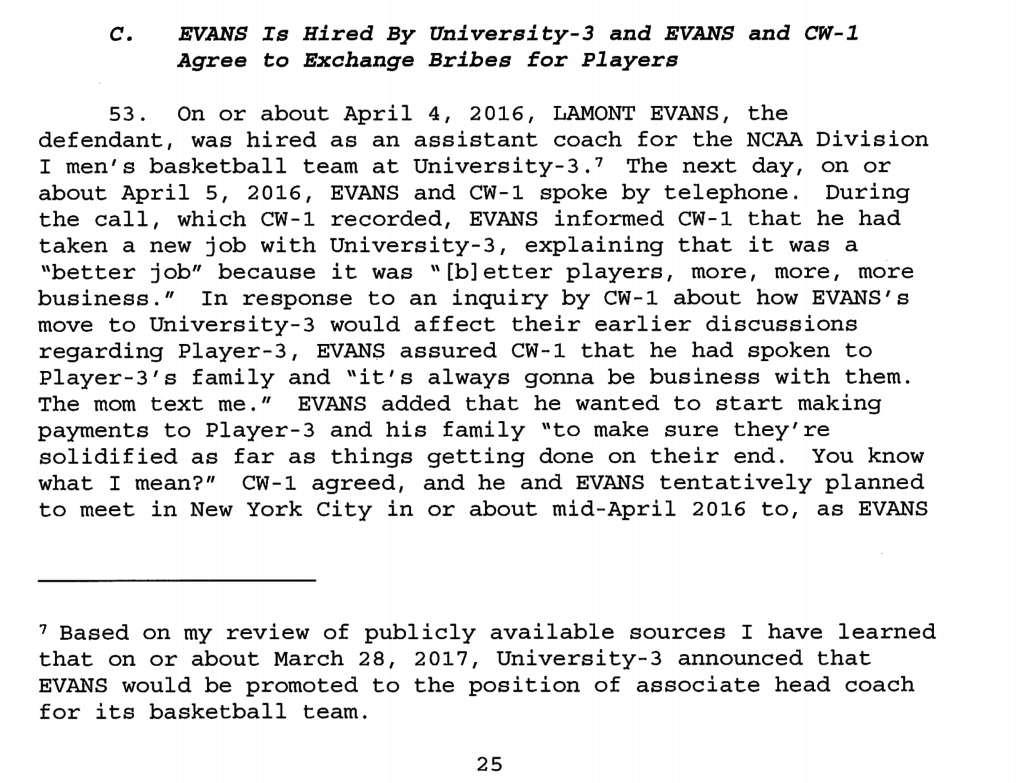 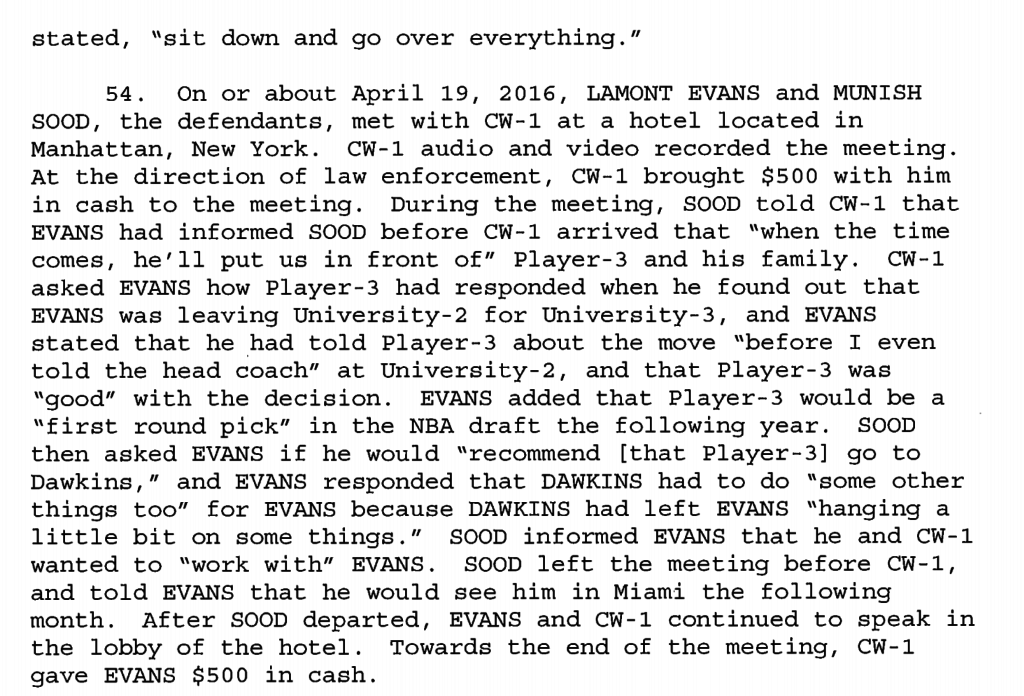 Here is another. I’ll let you do the math on this one (Oklahoma State is University-3, CW-1 is a cooperating witness). 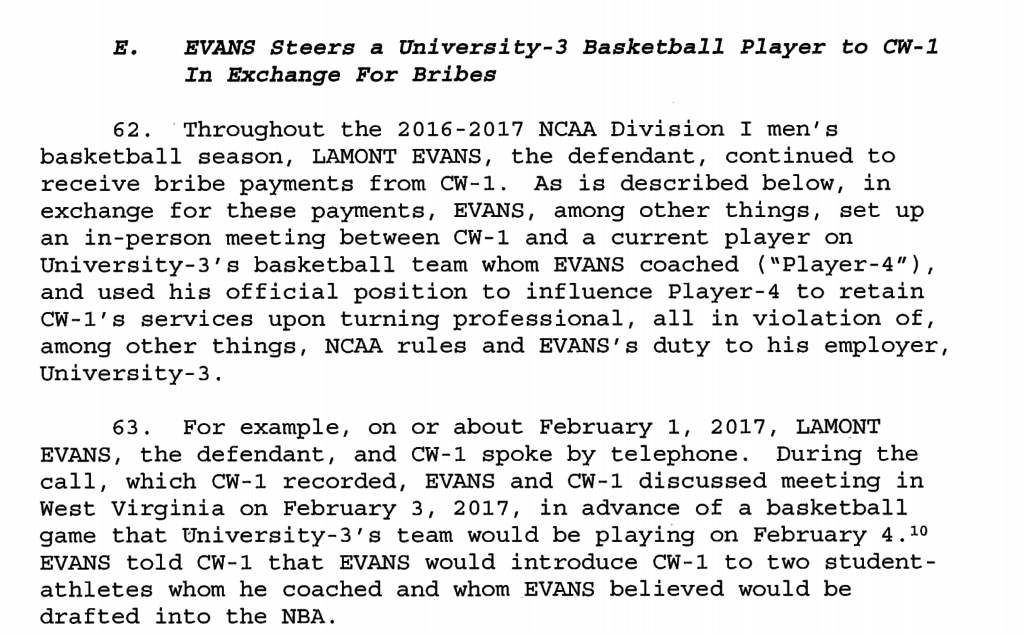 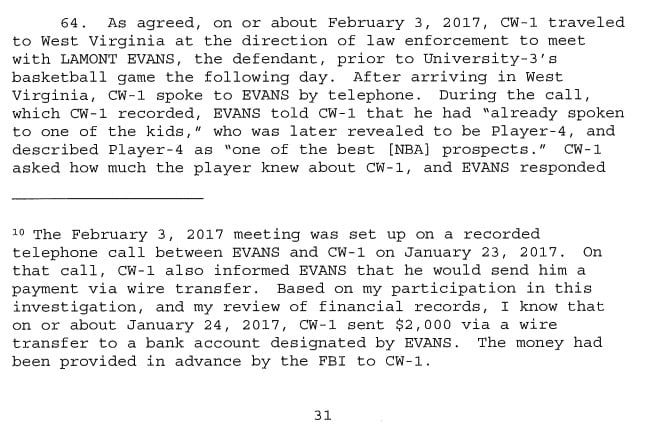 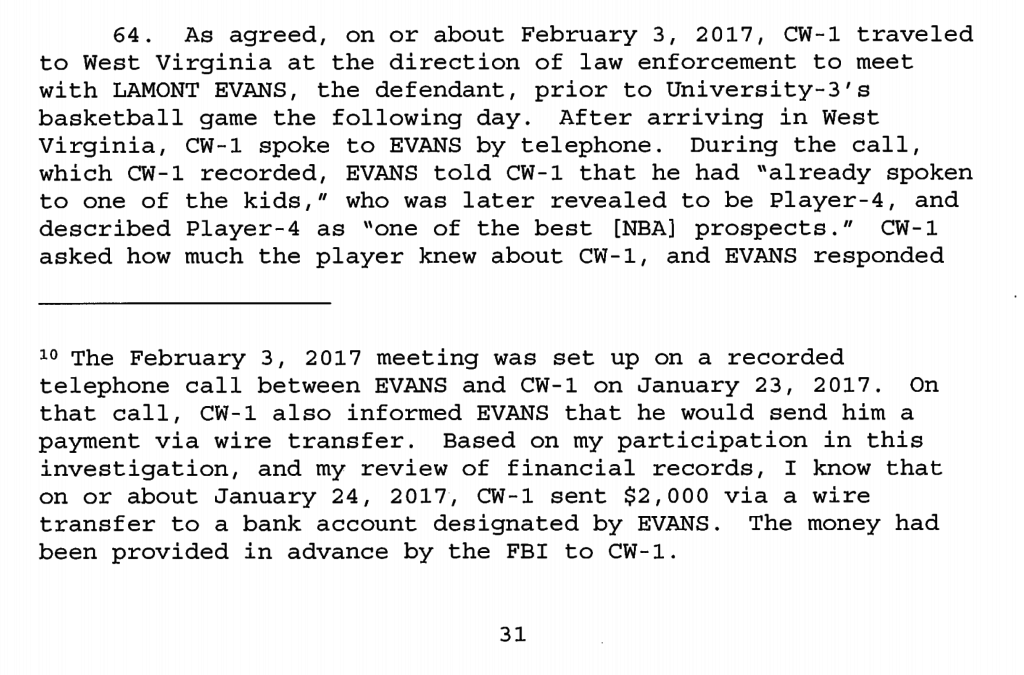 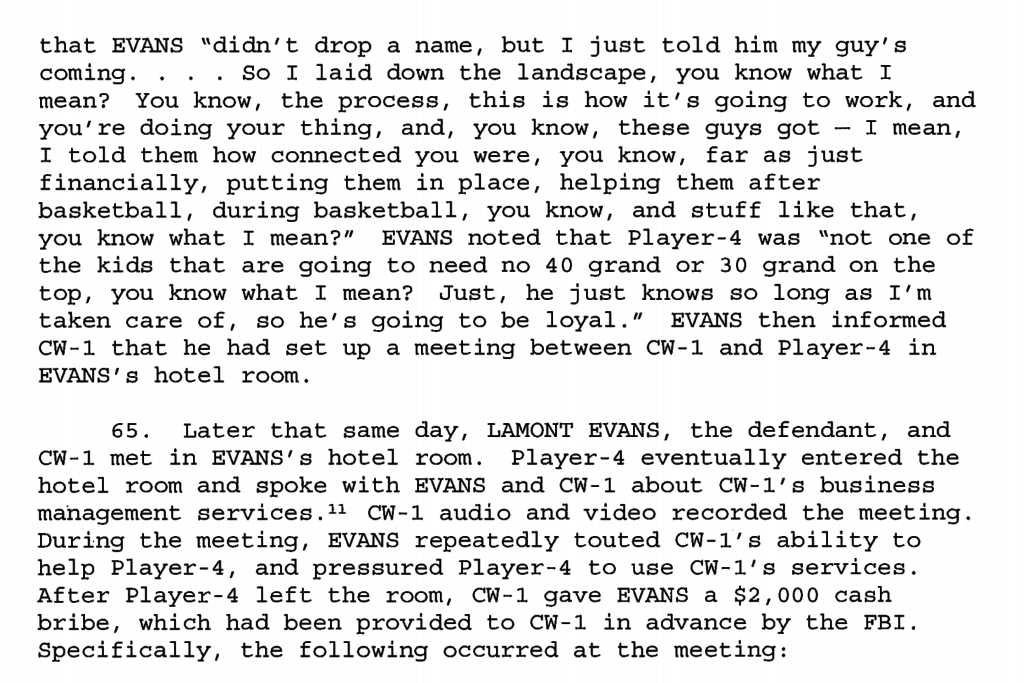 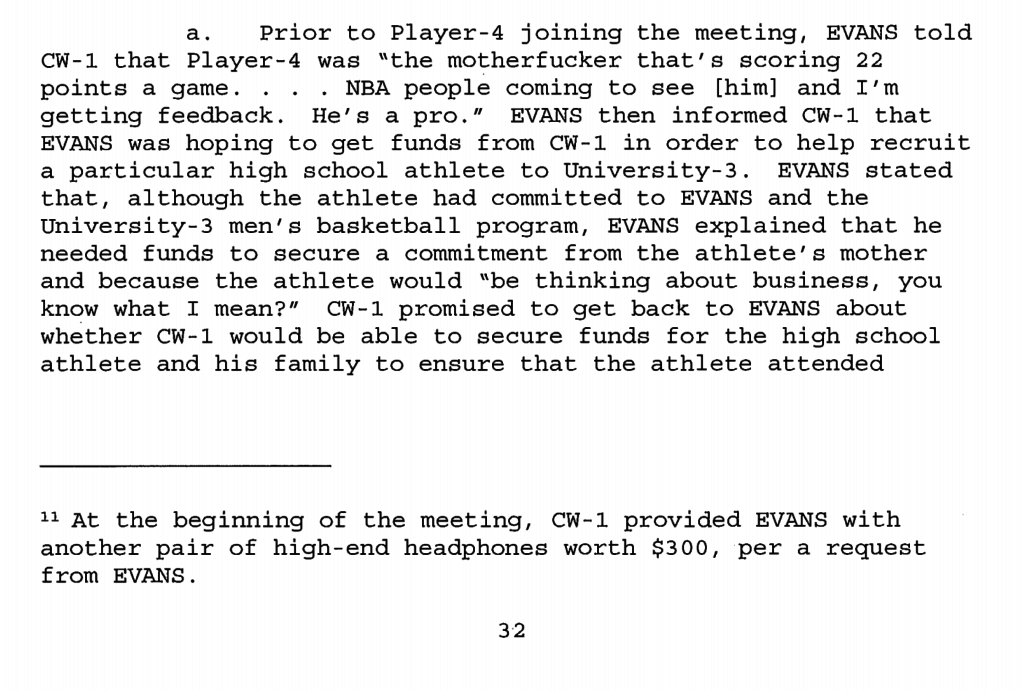 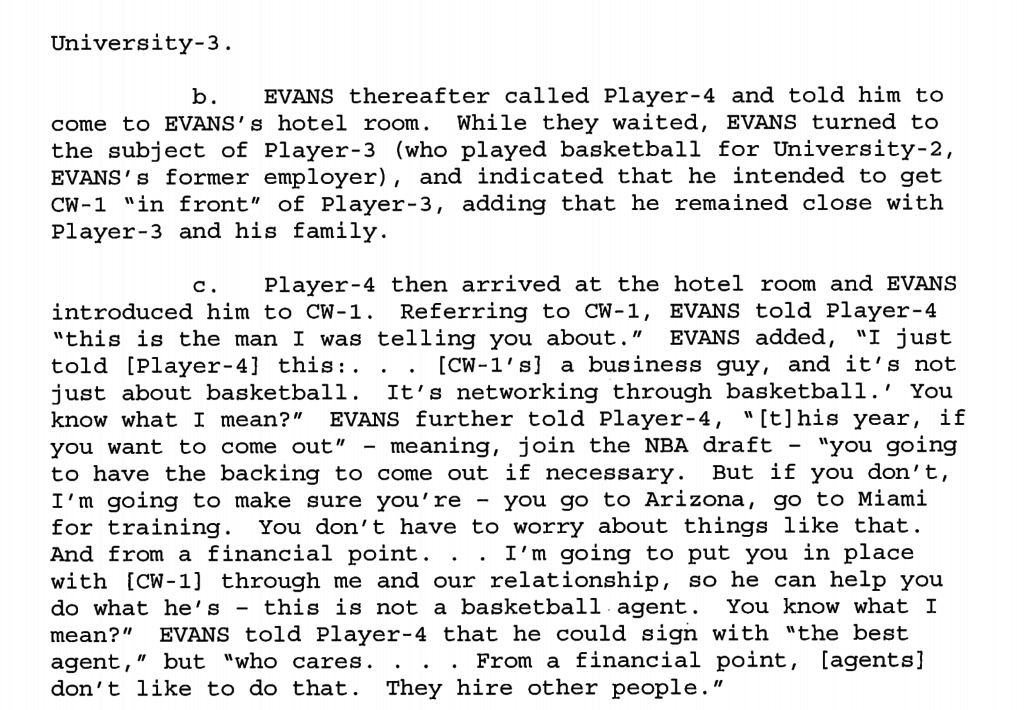 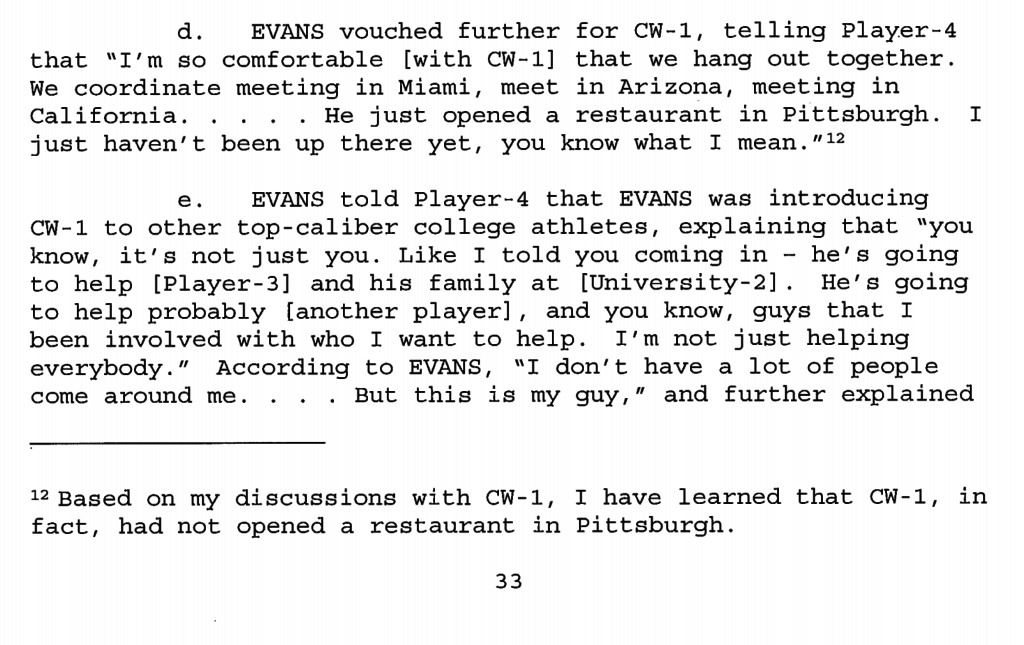 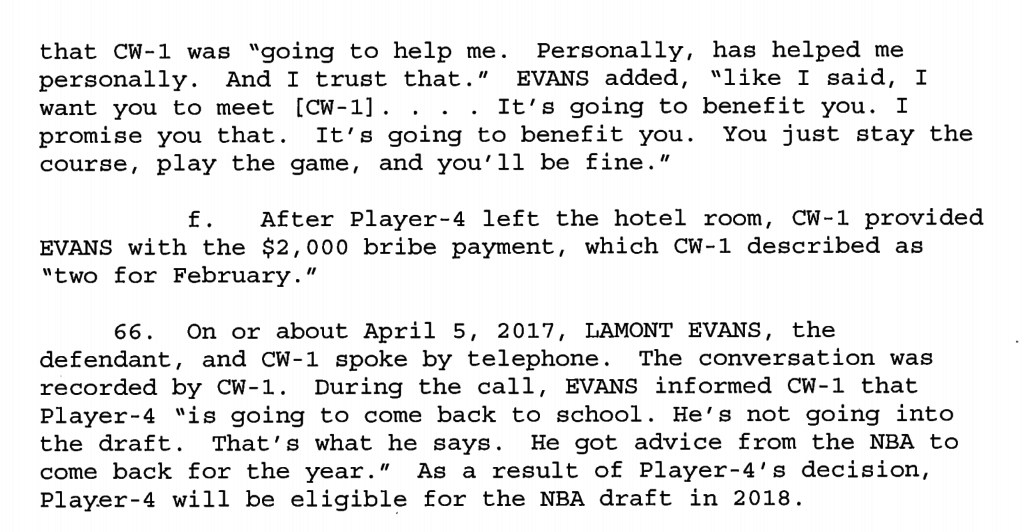 We will update this story as it unfolds.