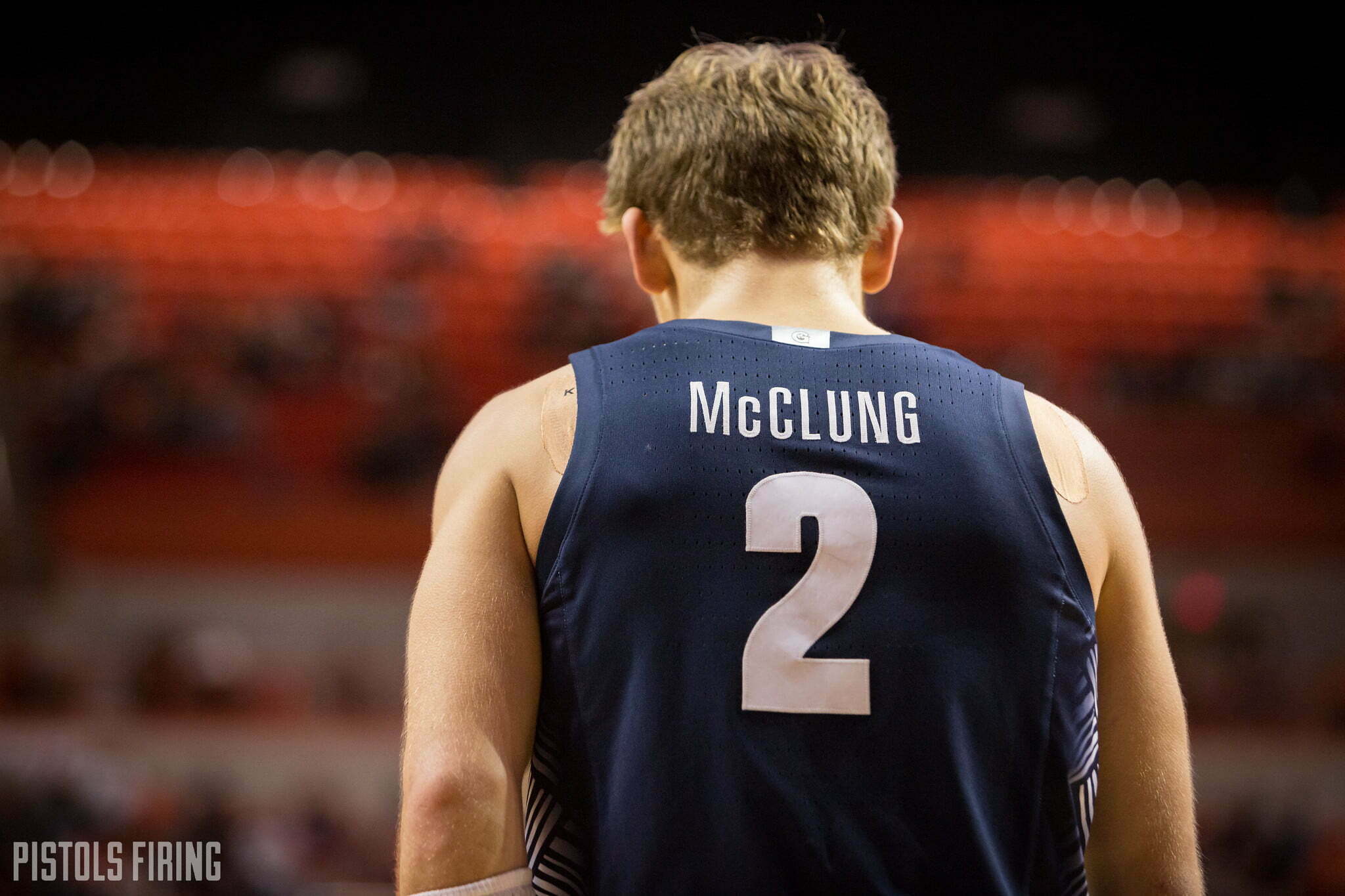 On Dec. 4, Mac McClung dropped 33 points in Gallagher-Iba Arena and handed the Cowboys their first loss of the season. Sometime soon, McClung might call GIA home.

After testing NBA draft waters, reports began to surface Wednesday that McClung would return to the college game, just not to Georgetown. Then Wednesday evening, 247Sports’ Evan Daniels reported that 13 schools contacted McClung when he hit the portal, one of those schools being Oklahoma State.

McClung played in 21 games in his sophomore season at Georgetown before suffering a season-ending injury. A 6-foot-2 guard, McClung averaged 15.7 points, 2.4 assists and 3.1 rebounds per.

In his 50 games played as a collegiate player, McClung has scored at least 20 points in 13 outings. He dropped a career-high 38 against Little Rock in his freshman season.

Against OSU last least, McClung scored 33 points on 12-for-21 shooting.

Before his time at Georgetown, McClung was a viral star as a high school player. A member of the 2018 recruiting class, McClung wasn’t all that heralded a prospect. He ranked 245th in his class. But his flair and dunking abilities made for many a highlight reel.

Under “normal” circumstances McClung would have to sit the year after transferring. However, ESPN’s Jonathan Givony reports that McClung will file for a waiver to become immediately eligible.

For McClung to end up at OSU, some dominoes would have to fall as OSU coach Mike Boynton is working at his scholarship limit, meaning someone would either have to transfer out or a 2020 incoming freshman would have to not qualify.

If he was able to get a waiver, McClung would be a starting-caliber player in a potential three-man backcourt with Cade Cunningham and Isaac Likekele. There is some competition to be had for starter minutes at OSU next season, but McClung’s proven track record of scoring at a high level like the Big East would fit well between Cunningham and Likekele and their abilities to get others involved.

If he had to sit out a season and didn’t get to play until 2021-22, he could be one of the Cowboys’ top scoring options depending on whether Likekele returns for a senior season.