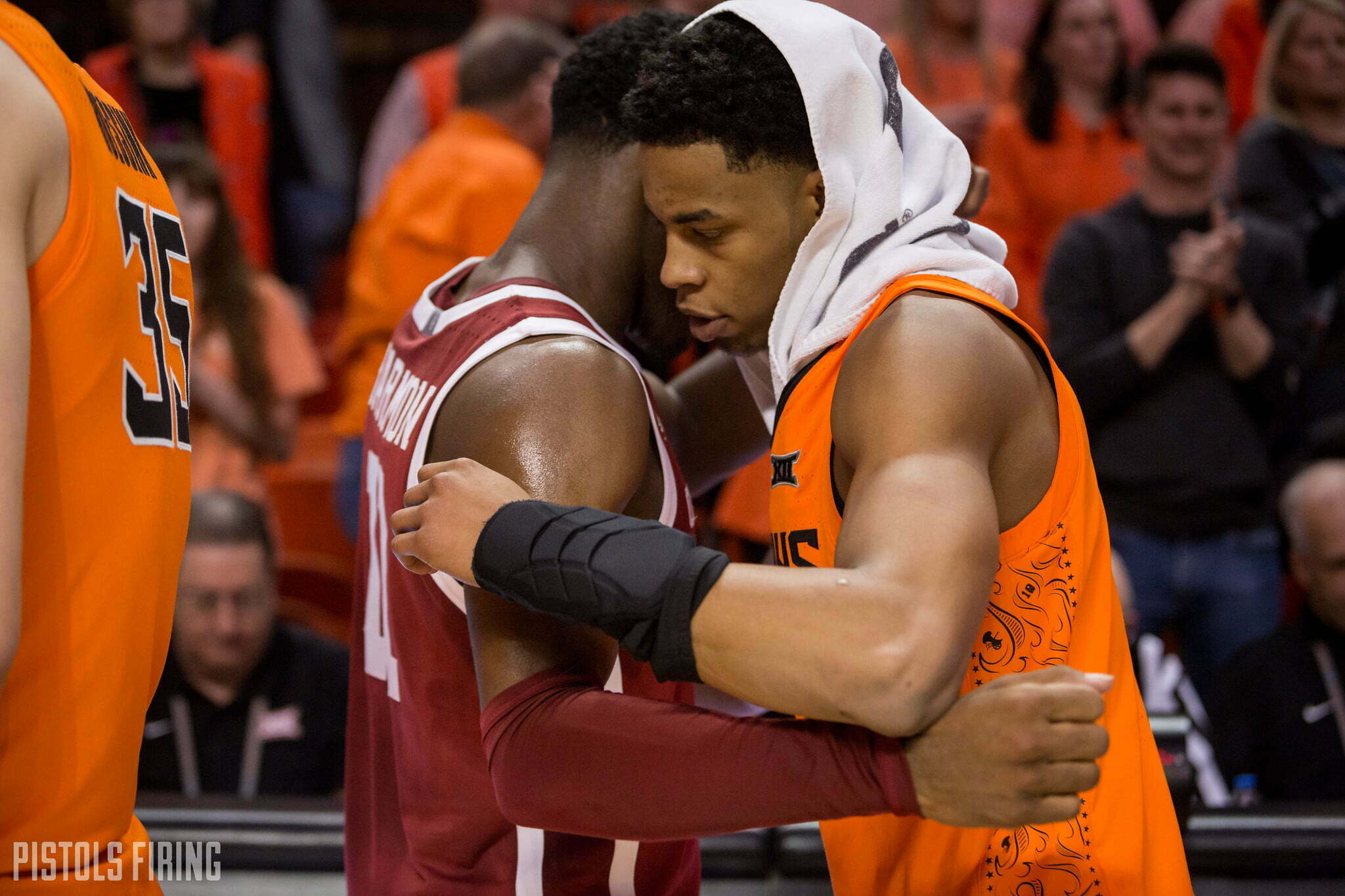 Oklahoma guard De’Vion Harmon entered the transfer portal on Thursday, and 247Sports’ Travis Branham reported that the Sooner standout has heard from the Cowboys.

Harmon just finished his sophomore season in Norman and has gone the Avery Anderson route of declaring for the NBA Draft without hiring an agent. So, his options are rather open.

He was the No. 47 player in the 2019 recruiting class out of Denton-Guyer (TX). His 0.9814 composite ranking made him the ninth-highest rated player to commit to OU in program history. He initially picked Lon Kruger and the Sooners over offers from OSU, Baylor, Texas, Texas Tech, LSU, Cal, Arizona State and others.

OSU was in his Top 5 schools way back when, along with OU, Texas, Baylor and Marquette.

Since entering the portal, Harmon has also heard from Gonzaga, Kentucky, Texas, Oregon, Indiana and others, according to Branham.

A 6-foot-2, 198-pound guard, Harmon averaged 12.9 points, 3.2 rebounds and two assists a game for the Sooners this past season. He put up a career-high 23 points against OSU in the overtime game in Norman, and went 3-for-6 from 3-point range.

It would be a monumental move for Harmon to go from one Bedlam school to the other. It would make for some elite storylines, but if he were to head up I-35 to Stillwater, the Cowboys would be getting an excellent player.