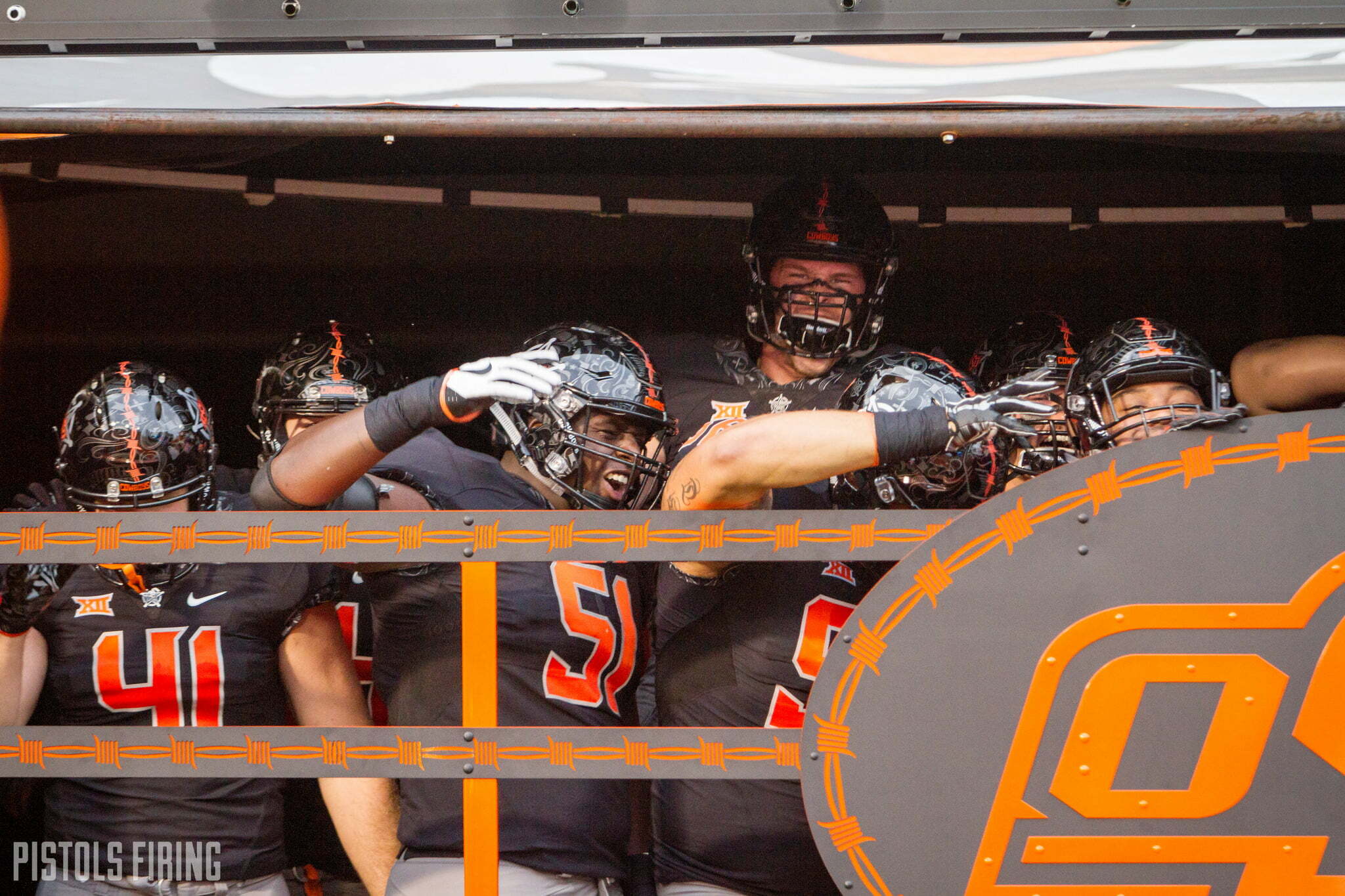 Ah, the fallout from having a transfer portal. Just a week after Arlington Hambright reportedly decided to transfer away from Oklahoma State, it sounds like he’s not going anywhere.

There are some conflicting reports here on whether Hambright ever entered the transfer portal, by the way. The Oklahoman‘s original story said he did, but an update doesn’t mention it. Go Pokes references that he did.

Regardless, Hambright’s name is not currently in the 247 transfer portal, which is obviously not the same as the official transfer portal (although it seems to be up to date and accurate given that Za’Carrius Green is in it).

According to Go Pokes, the redshirt senior-to-be is likely to stay in Stillwater. So what changed? Well, his position coach for one. Josh Henson is out, and Charlie Dickey is in as the offensive line coach at Oklahoma State.

If you’re looking for offensive lineman Arlington Hambright, his name is no longer listed on the Transfer Portal and sources have told Go Pokes that there was a rift between Hambright and former offensive line coach Josh Henson and with the departure of Henson, Hambright is probably going to stay at Oklahoma State. [Go Pokes]

Hambright, who should factor into OSU’s offensive line rotation in 2019, has popped some, uh, interesting tweets of late, including these two from the last month.

Regardless, this news is interesting for two reasons. First, it’s good for OSU’s offensive line depth and shines a little more light (?) on the Henson departure (at least from one angle). Second, it reveals that entering your name in the portal is not equivalent with leaving a school (although I’m mildly concerned about how players might leverage this).

Also, OSU may have received a two-for-one in hiring Dickey as they get further protection for Spencer Sanders’ or Dru Brown’s (or both?!) backside. Hambright started the first five games of the 2018 season at left tackle but did not play in the final eight after suffering an ankle injury. He was listed as the backup for Dylan Galloway for the bowl game.