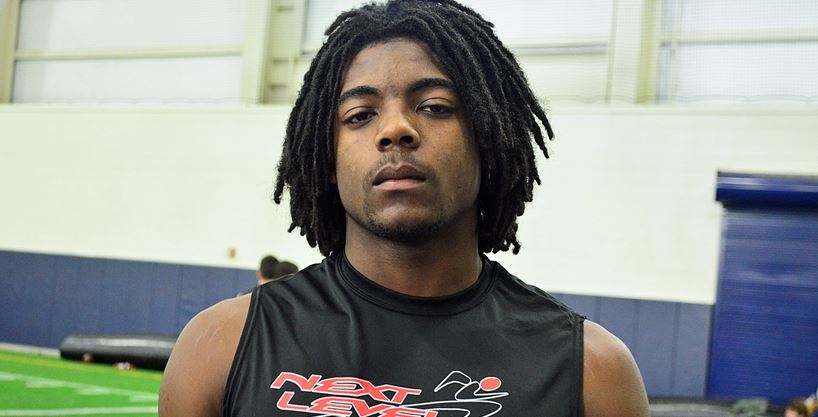 OSU freshman Brendan Vaughn was arrested Saturday on drug charges after police found marijuana and cash in his dorm room, according to a report from The O’Colly.

Vaughn was arrested by OSU police on charges of possession of a controlled and dangerous substance with intent to distribute within 2,000 feet of a school and possession of drug paraphernalia. He was charged Tuesday with one felony and one misdemeanor.

The true freshman was the first verbal commitment of the 2017 recruiting class for the Cowboys and was sitting out the season to redshirt. He played safety and outside linebacker for Forney High School and was slated to play an outside linebacker role for OSU.

Here are more details from The O’Colly about Vaughn’s arrest.

“A strong odor of fresh marijuana” was coming from the window of the apartment and an officer could hear a vacuum sealer running inside, according to the affidavit.

Officers found a small pile of “green leafy substance” on the desk in front of the window and a shoebox with a vacuum-sealed food bag containing a “large” amount of what appeared to be marijuana, according to the affidavit.

Police reportedly found an “even larger bag” of the “substance” in a suitcase with vacuum-sealed bags, a safe, a digital scale and a Versace sunglasses box with more than $1,500 enclosed, as well as $500 in a dresser drawer.

OSU has not commented on Vaughn’s status as a member of the football team.