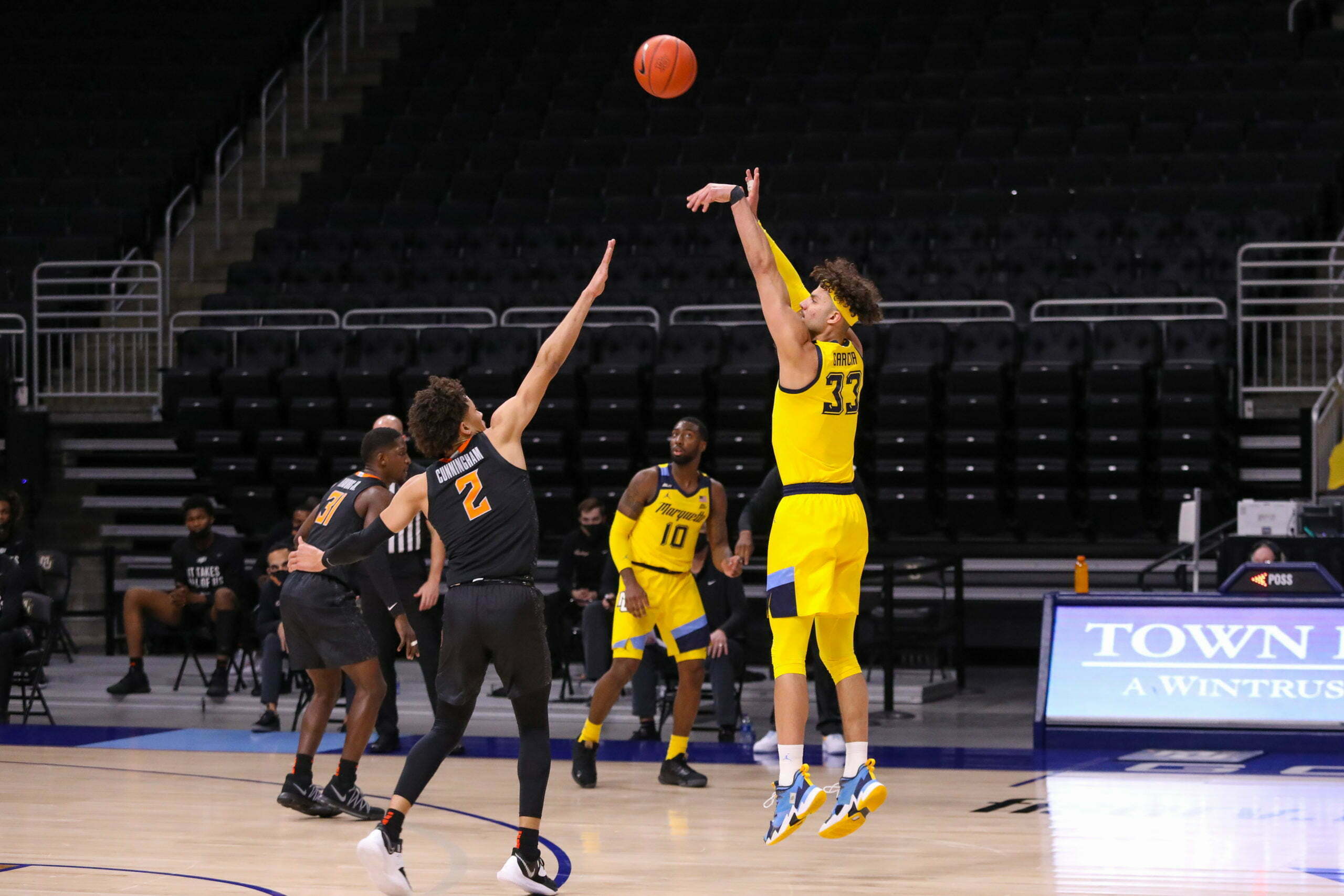 A 6-foot-11, 230-pound member of the All-Big East Freshman Team hit the transfer portal on Friday, and Mike Boynton has already reportedly inquired about him.

Marquette big man Dawson Garcia entered the transfer portal, and Oklahoma State is one of a handful of programs to reach out to him, according to ESPN’s Jeff Borzello. Dawson is also testing NBA Draft waters, as he competed in the G League Elite Camp earlier this month.

North Carolina, Arizona, Texas, Illinois, Minnesota and George Mason are the other schools that have shown interest in Garcia, according to Borzello. A return to Marquette is also possible.

Garcia averaged 13 points and 6.6 rebounds a game for the Golden Eagles last season. Boynton got a front-row view to one of Garcia’s worst games of his freshman year, as Garcia scored four points on nine shots in a loss to OSU.

He had three double-doubles as a freshman, including a 24-point, 11-rebound outing against North Carolina in February. He scored a career-high 28 points against Villanova two weeks before that game against the Tar Heels.

Garcia is a modern forward, as he put up 73 3-point attempts in his freshman season. He made 36% of those shots.

Out of Prior Lake, Minnesota, Garcia was the No. 37 player in the 2020 recruiting class. He initially chose Marquette over offers from North Carolina, Kansas, Texas, Texas Tech, Wisconsin, Baylor and others.

OSU has one scholarship available for its 2021-22 roster.