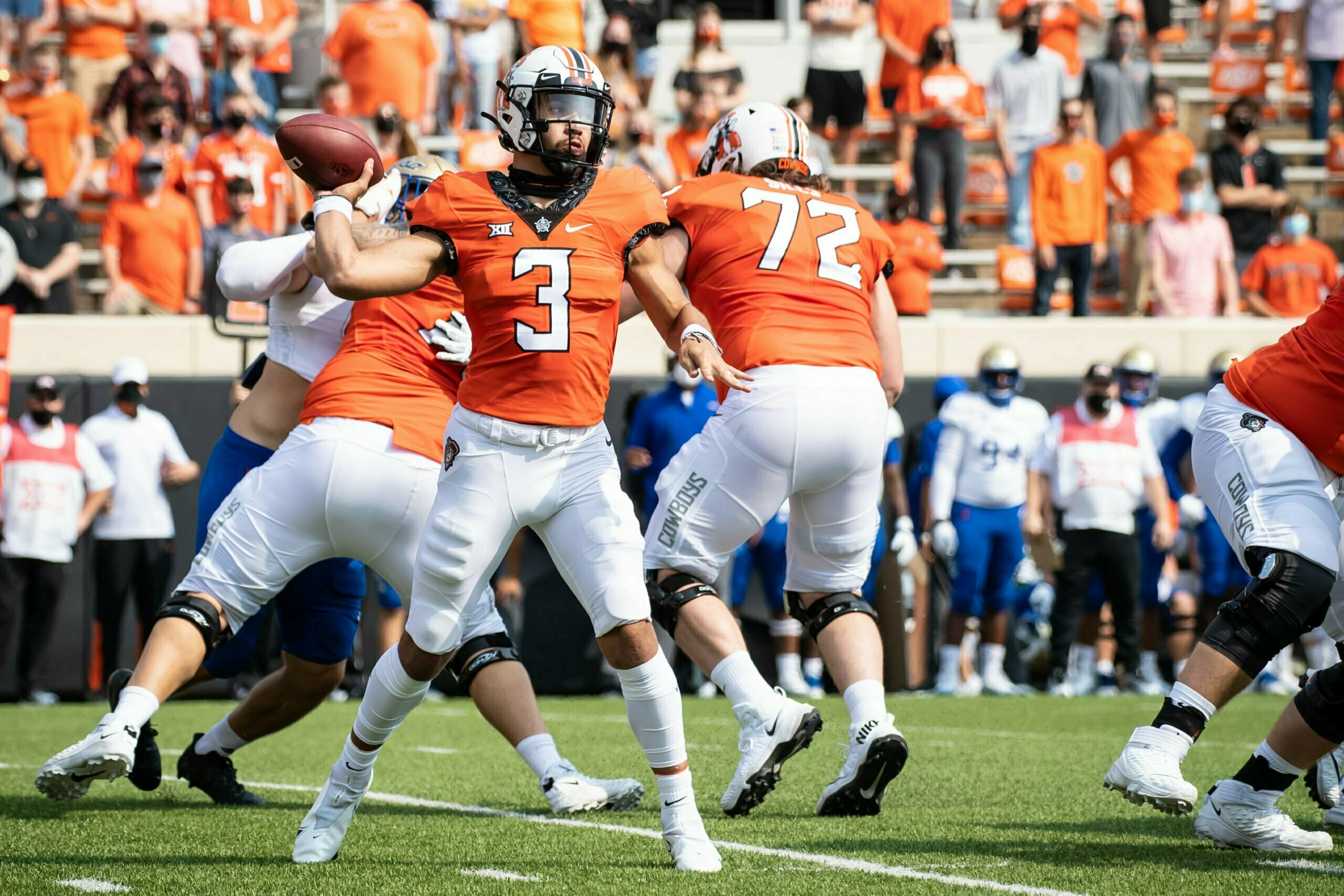 The Cowboys’ QB1 is back.

Spencer Sanders will start Saturday’s game against Iowa State, according to Stadium’s Brett McMurphy. Sanders suffered a high-ankle sprain in Oklahoma State’s season opener against Tulsa, where he played only two series. He hasn’t played since.

True freshman Shane Illingworth played in Sanders’ absence, leading the Pokes to wins against Tulsa, West Virginia and Kansas. Illingworth has completed 36 of his 49 passes for 483 yards, three touchdowns and an interception.

On Monday, OSU coach Mike Gundy said both Sanders and Illingworth could get snaps in the Iowa State game.

Injuries have hampered Sanders’ time as OSU’s starter. As a redshirt freshman last season, Sanders suffered a thumb injury that forced him to miss two games and play sparingly in the Texas Bowl.

In his career, Sanders has played in 12 games where he has 2,088 passing yards, 16 passing touchdowns, 11 interceptions, 637 rushing yards and two rushing scores.

The Pokes and Cyclones are set to kickoff at 2:30 p.m. Saturday from Boone Pickens Stadium.