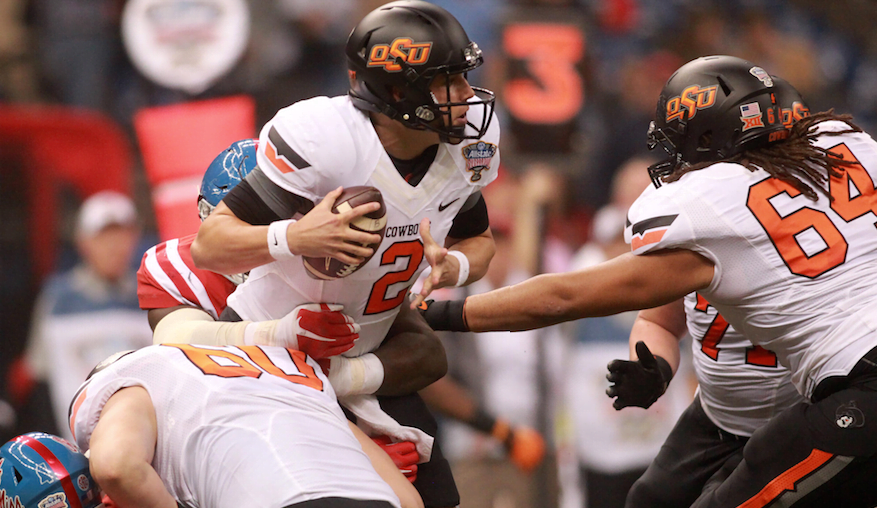 Two reserve offensive linemen for Oklahoma State, Jesse Robinson and Matt Mucha, will not be returning in 2017. According to a report from Scout’s Robert Allen, both will be graduating in May and are moving on.

A redshirt junior in 2016, Robinson was a critical piece for the Cowboys with ten appearances in the rotation. When offensive guard Larry Williams went down with an injury, he was able to step in and plug the hole for a solid offensive line unit that helped produce 1,000 yard rusher Justice Hill.

Mucha is a redshirt sophomore, according to his okstate.com profile. He was a reserve who made several appearances in limited spots at the tackle position, but wasn’t able to crack the rotation. With Zach Crabtree returning next year, his playing time would have likely been limited.

Although reserve pieces, the news is a big hit for an offensive line group. Greg Adkins was let go just a week ago after two seasons coaching the unit, and OSU did not sign a high school player in the 2017 class. So the depth hit will be a tough one to recover from.

Oklahoma State has not filled the offensive line coaching position yet. But with the seeming lack of depth before todays news, it’s almost certain that whoever takes the position will be forced to produce right away on the recruiting trail with either a junior college or graduate transfer prospect who can step in and contribute right away next season.