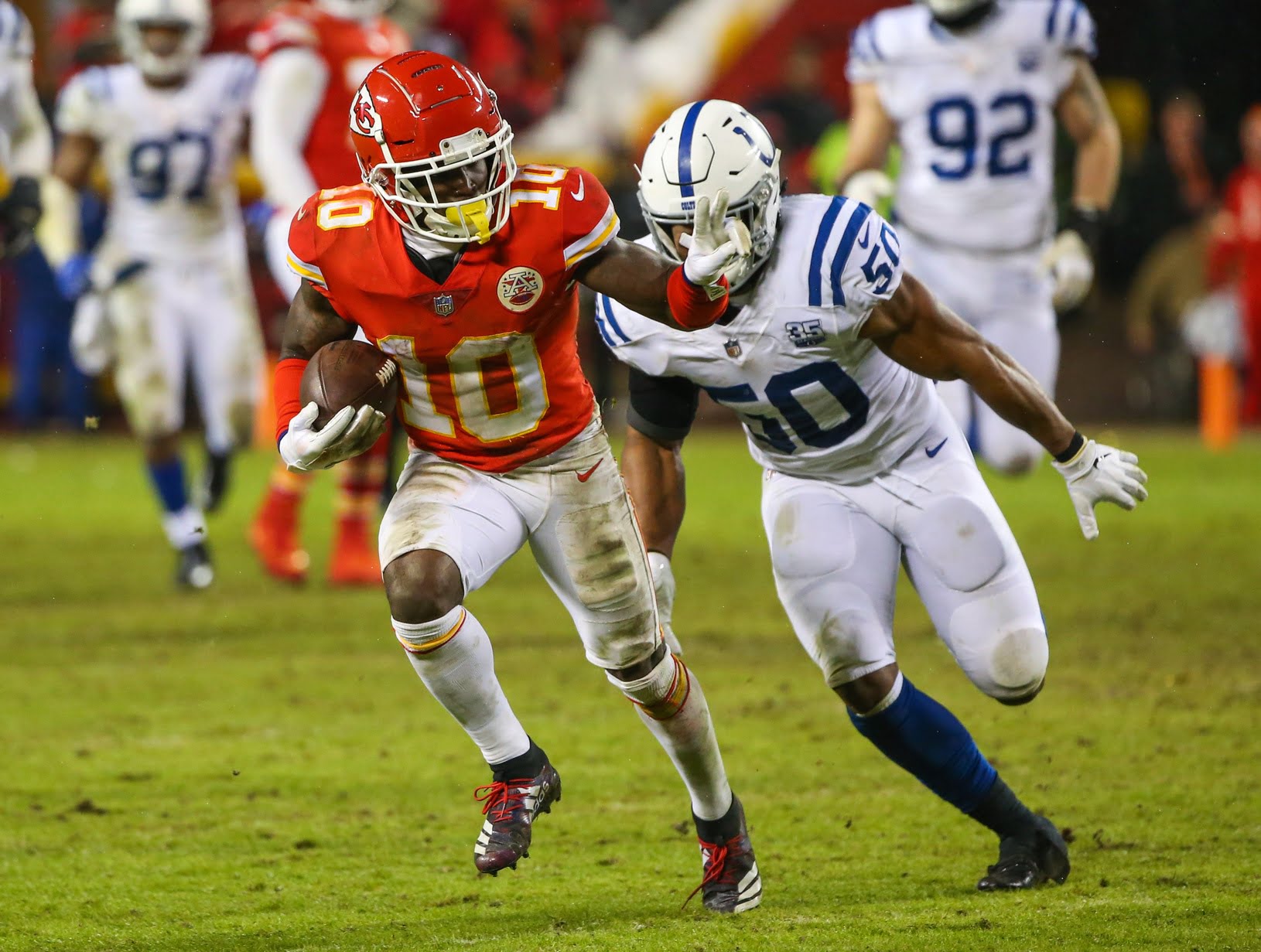 Hill has not been charged with a crime. The police report labels the victim of the incident as a minor, and Hill’s fiancee, Crystal Espinal, is listed under “others involved.” It is unclear at this time when the incident took place. The minor is his three-year-old son, The Star reports citing sources.

A source familiar with the situation said Hill’s fiancee has been in contact with Overland Park police. The source said that the incident was against the couple’s 3-year-old son, resulting in a broken arm. [The Star]

“The club is aware of the investigation involving Tyreek Hill,” the Chiefs told The Kansas City Star. “We’re in the process of gathering information and have been in contact with the league and local authorities. We’ll have no further comment at this time.”

Hill was dismissed from OSU in 2014 after he reportedly punched and choked a then-pregnant Espinal. He was arrested and pleaded guilty to domestic assault and battery by strangulation in August 2015.

In that 2014 season, Hill led the Cowboys with 1,811 all-purpose yards and had five touchdowns. His dismissal came soon after a crucial punt return that led OSU to a 2014 Bedlam win.

After his dismissal, he went to West Alabama before the Chiefs took him in the fifth round of the 2016 NFL Draft.