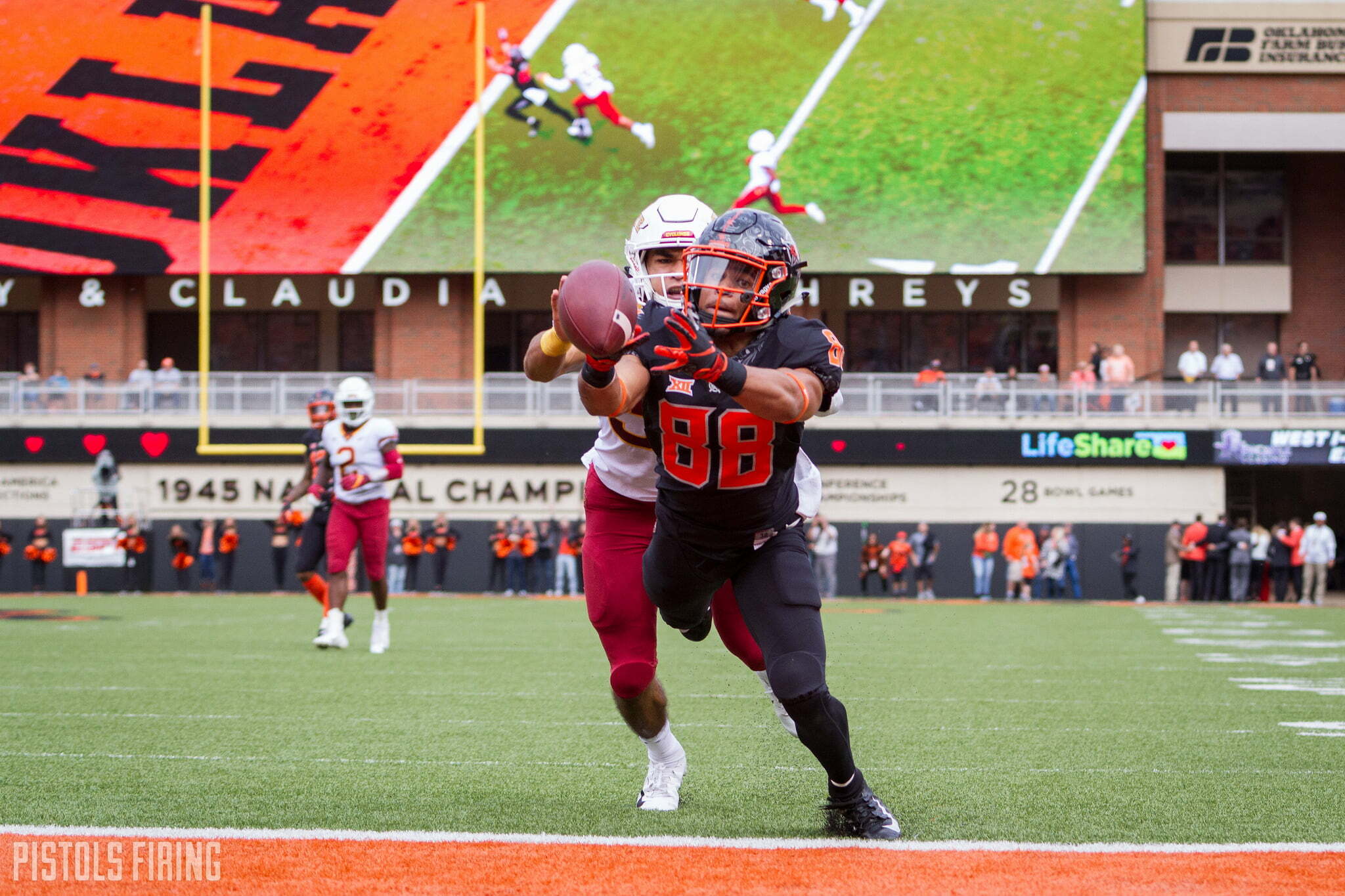 After the Cowboys were run off of their home turf by Texas Tech three weeks ago, there was still a semblance of optimism for Oklahoma State’s 2018 prospects. Sometimes you lose a game you shouldn’t. Gundy-coached teams have historically been tripped up on conference openers. (He’s started 0-1 in the Big 12 seven times during his tenure, and each of the last three years.)

But now, after a second home loss in as many tries and facing an uphill battle to relevance in November, it’s time to re-calibrate your goals if you’re Oklahoma State.

The benefit of a back-loaded road-heavy late schedule (for a retooling squad like OSU) is the ability to gain some rhythm and momentum as you tune up for the big boys. The downside of that — and the predicament the Pokes currently find themselves in — is that the Cowboys (1-2 to start league play), are now so far behind the chains that November contention is nearly off of the table and the goal has quickly shifted to just making the postseason at all.

So let’s look at Pokes’ remaining schedule and see how many wins we can hypothetically squeeze out, and where that leaves the Cowboys.

If you break the Cowboy’s slate into quarters, they’re about to receive the opening kick of the third. OSU’s regular season win total was set at 8 by Vegas. To hit that mark the Cowboys would need to go 4-2 over those those final two quarters, and that would be some kind of accomplishment given what we’ve seen these last three weeks.

The Cowboys are currently a 6.5-point favorite this weekend but wins never come easy in the Little Apple. Texas may actually be back (?). And Baylor will likely be the only other game the Cowboys are favored in. Anything less than a 2-1 record through that stretch would be disastrous.

For the sake of argument (and giving them the benefit of the doubt), let’s say the Cowboys get the best of the Wildcats and the Bears, and lose to the Longhorns. That puts the Pokes at 6-3 (3-3 in the Big 12) heading into that murderer’s row in late November. That spells a 6-6 season overall and 3-6 in conference and sends OSU to the made-up-sounding name (insert snack food) bowl, barring an upset or two.

That would be a huge disappointment, needless to say.

Drop one of those two, like a suddenly crucial road game at Kansas State, and straits get downright dire.

This offseason, media members, including yours truly, were polled for how we saw the Big 12’s pecking order shaking out. Oklahoma State finished fifth in that voting. PFB actually had the Pokes at No. 4 behind Oklahoma, West Virginia and TCU. We had the bottom six in this order — Texas, Iowa State, Kansas State, Texas Tech, Baylor, Kansas. Thus outlining the absurdity of preseason polls.

The Cowboys have already taken Ls from the preseason Nos. 7 and 8 teams and are currently sit one spot above last place in the league, tied with those Cyclones who sucked the energy out of BPS. And the Pokes have the toughest remaining schedule in the league.

Oklahoma State has only one “good” win on its resume and has exhibited little evidence to inflate confidence that it can turn things around quickly. Even that Boise State victory has suddenly lost some of its luster with the Broncos taking a 19-13 loss at home to San Diego State last Saturday.

Of course, things can change. This is college football after all, the most unpredictable of sports.

The defense could figure it out, it is pretty young at safety as Mike Gundy pointed out. The offensive line couldn’t get much worse, but it can get healthier. And Taylor Cornelius could find another gear (or the Cowboys could actually make use of the supposedly advantageous redshirt rule change).

All of these things could happen and the Cowboys could find new life during the second half of their schedule. But they’ve have painted themselves into quite the corner and now their margin for error is razor thin.