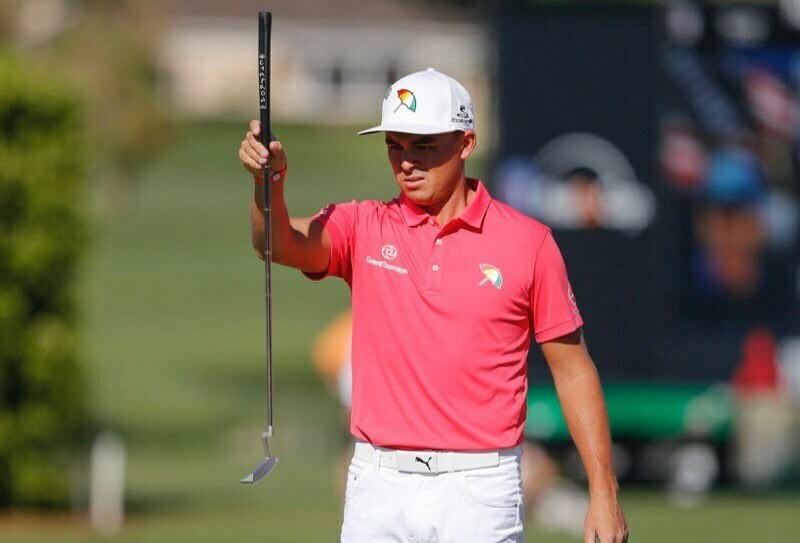 Rickie Fowler is playing the Arnold Palmer Invitational this week at Bay Hill, and he’s playing quite well through two rounds. Fowler was 6 under heading into Saturday’s third round and inside the top 10.

He’s also playing host at the API this week and took home the Philanthropy Award presented by the Arnie’s Army Charitable Foundation. Palmer passed away in late 2016.

“I would say receiving the award on Wednesday, that’s definitely the highlight of the week I think regardless of how we play,” Fowler said on Friday. “I think that receiving that award from the family, being recognized as the family seeing me as someone they see a lot of Arnie in, it’s hard to describe what that means. So to get that and see the response from everyone, that’s been pretty cool.”

Fowler is also rocking some crazy kicks to honor Palmer and his umbrella logo at Bay Hill. It’s the second year in a row he’s worn a pair to honor Palmer (photos via Puma Golf). 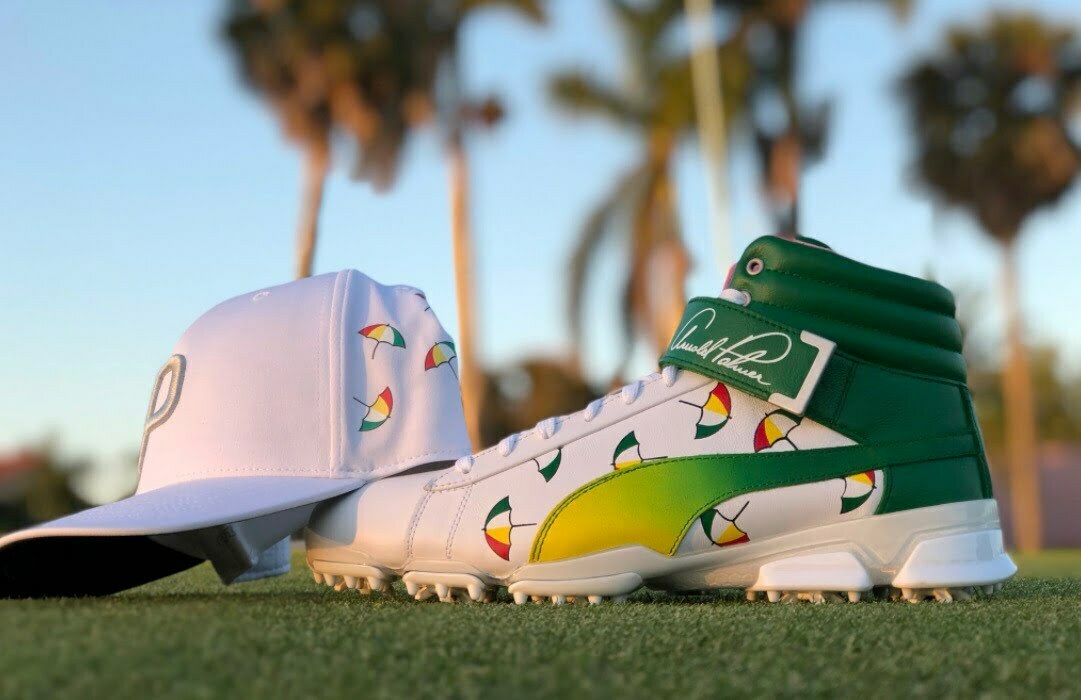 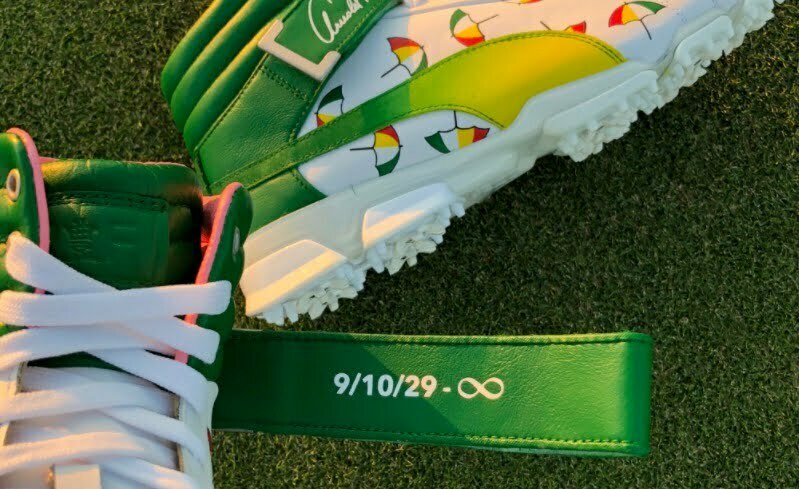 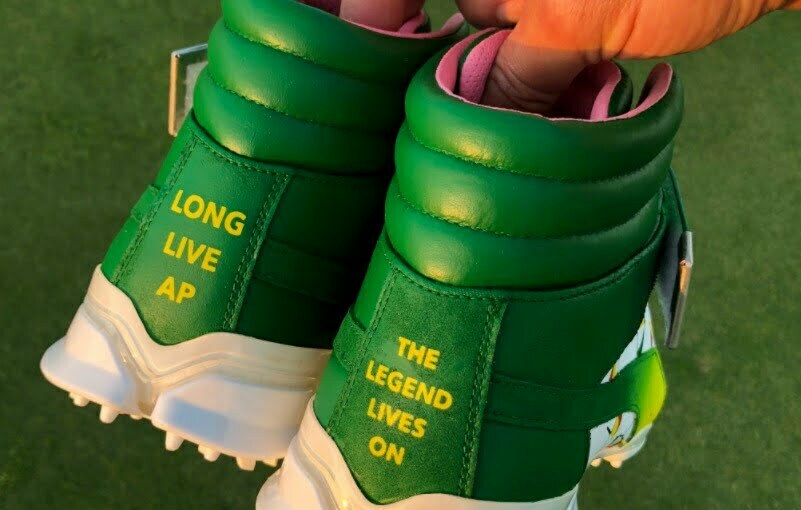 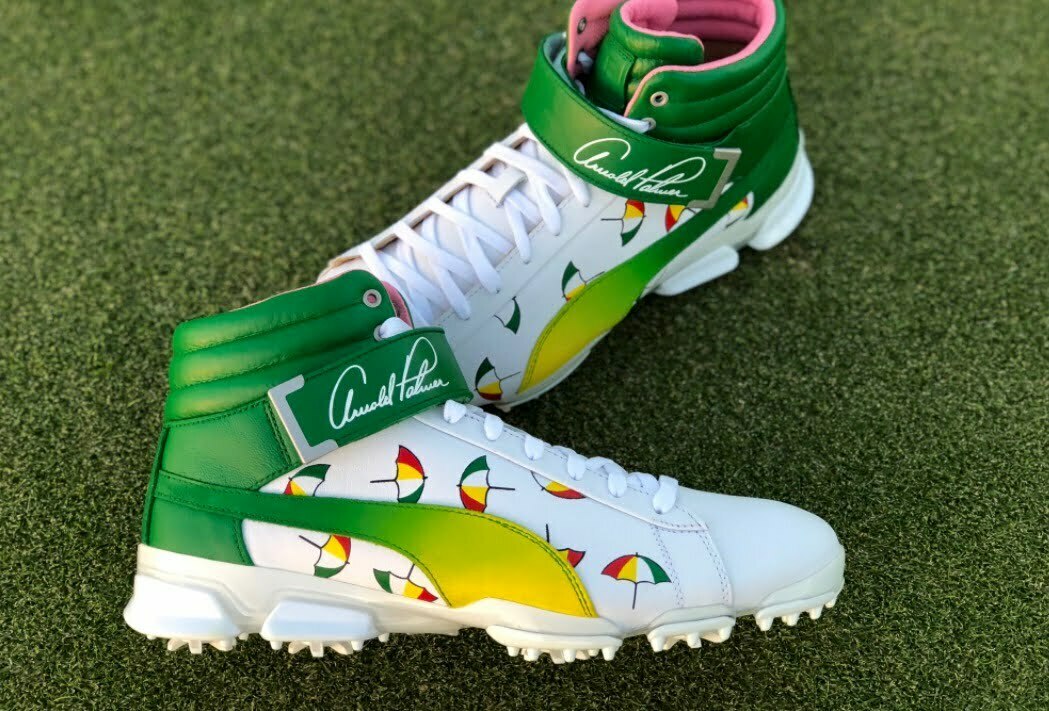 “We had a fun time last year doing some custom shoes, ones that I wore and then auctioning a pair off and then we were able to, I believe last year it was a little over $25,000 that we raised that went back to the foundation for Arnie,” said Fowler. “This year I think it’s a little bit more of a raffle setup and to buy into that, but so far we have raised more than what we did last year and we haven’t even started the tournament.

“We have two pairs, yeah. So I’ll wear one pair and the other pair gets auctioned off. This year it’s more of a raffle, like I said. It’s just a fun thing to do to keep people excited and we are here to celebrate a life well played by Arnie.”

It’s been pointed out that Fowler is a little Arnie-esque in the way fans adore him and root for him. He doesn’t necessarily have the resume to back it up yet, but he’s certainly beloved. He was asked if he’s literally trying to step into Arnie’s shoes.

“No, that will never happen,” said Fowler. “No one really can. He definitely helped pave the way for what we’re able to do out here. Obviously guys like Tiger, through that generation, he took it to a new level, but none of this would be possible, none of it would have been possible for Tiger without guys like Arnie setting the stage.

“I wouldn’t say I’ve tried to be anyone that I’m not. I definitely am true to myself. And that has a lot to do with upbringing, growing up, but, yeah, he’s someone that inspires you to be a better person and those are the kind of people that you want to surround yourself with. I was lucky enough to get the time that I did with Mr. Palmer and, yeah, he was someone that inspired you to be a better version of yourself.”

Fowler has had his share of moments at this course over the years. He had a mini-duel with Tiger back in 2013 before Cat stepped on the accelerator and beat him by five. But Fowler told a great story about how he hung with Palmer and Woods after that round in the Bay Hill locker room.

“In 2013 I was in contention,” said Fowler. “It was a Monday finish and it was great to be in playing with Tiger coming down the stretch, to have a chance. I made actually a really good swing on 16, just happened to hop in the water. I knew … that was kind of the hole where I needed to make something happen, in I wanted to have a chance, and it wasn’t the right time.

“But being able to hang with Tiger, with Arnie, Doc as well, there was a couple other people in the locker room, we just kind of hung out, had a couple drinks, shared stories, and those are kind of priceless moments. Being around Tiger and Arnie, two of the greatest guys to ever play the game, kind of a special hour or so that we all got to hang out and spend together.”

He might be in for another special hour late on Sunday afternoon if he keeps doing this.

Rickie's wedge game looks even better from above. ?